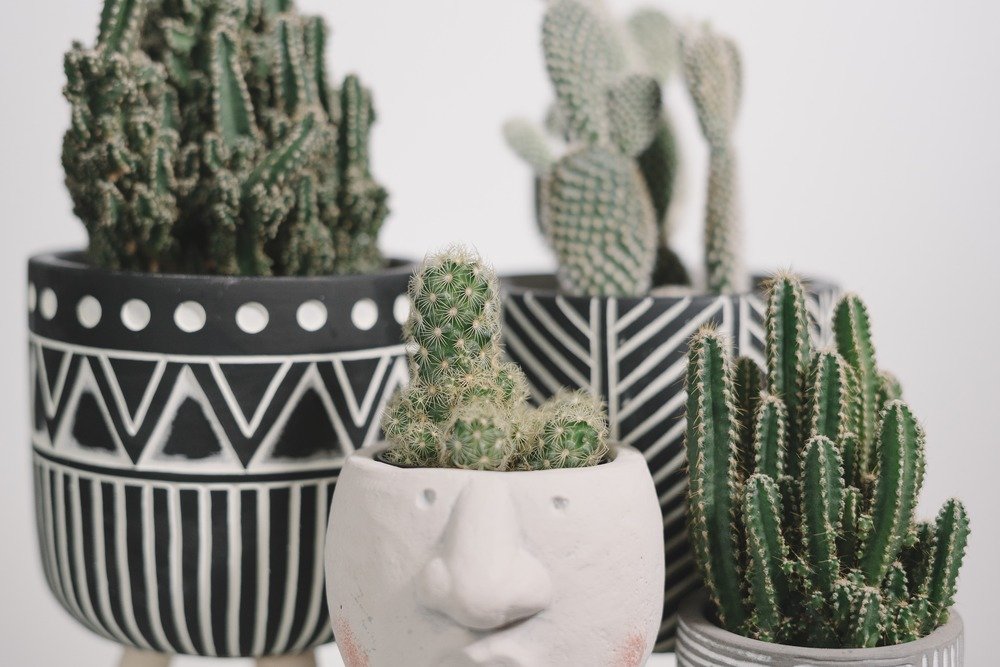 Many plants are known to have health benefits. The biggest one is the ability to produce oxygen and filter the air. We know that big, exotic plants like Syngonium and Monstera can do this, but what about more common indoor and outdoor plants, like a Cactus?

A Cactus does produce oxygen in small amounts, though they don’t produce as much as some other plants like Peace Lilies, Spider Plants, or Pothos.

Some Cacti are better oxygen producers than others. For example, a Christmas Cactus can produce oxygen 24 hours a day. However, there are other plants out there that produce much more oxygen and filter out more toxins from the air.

If you just want a cute Cactus in your home, then they will provide you with benefits and be a wonderful decoration, but if you want something that benefits you more, look at some of the other plants that can filter the air and produce a lot more oxygen.

Cacti generate enough oxygen to make a good air purifier, as they soak up plenty of carbon dioxide and release oxygen. It is not at an amount that you would immediately notice. For that, you would need hundreds of plants in one room, but it is still a difference and provides small benefits.

Do Cacti Produce Oxygen at Night? 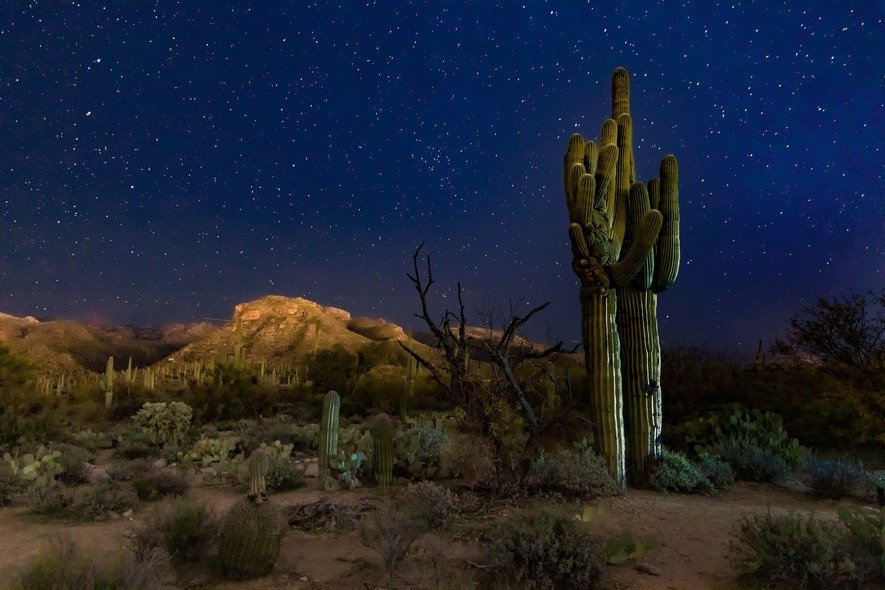 Some plants stop their photosynthesis process for the most part at night. Others produce oxygen and continue their oxygen-releasing process all night and day.

Cacti are one of these plants that continue to produce oxygen, even at night. This means that you essentially get clean oxygen throughout the night. If you have a Christmas Cactus, they even produce oxygen 24 hours a day.

Which Plants Release Oxygen at Night?

Cacti aren’t the only plants that release oxygen throughout the night. Most other succulents produce oxygen all night. This is because of the hot temperatures that these plants are subjected to during the day.

If they tried to get all of their photosynthesis done throughout the day, they would lose a lot of water due to evapotranspiration. Instead, they have adapted to doing some of the processes at night. The temperatures are usually cooler, and they don’t risk losing as much water.

Orchids are also known to do parts of their photosynthesis cycle at night. The Christmas Cactus isn’t the only plant to provide oxygen 24 hours a day; Snake Plants, Tulsi Plants, Money Plants, and Aloe Vera are all known to produce oxygen throughout the day and night.

Succulents, like other plants, do still produce oxygen. They generally do it at night to prevent water loss from transpiration, so it isn’t as noticeable. Aloe Vera is a succulent that produces some of the most oxygen out of all houseplants.

Is Cactus Good for Oxygen?

Any plant is good for producing oxygen. However, Cacti don’t produce as much oxygen as some other plants. If you want a plant that is good for oxygen, look at a Snake Plant, some sort of fern, or Aloe Vera, as they produce quite a bit of oxygen and do it throughout the day and night.

Also, Cacti naturally don’t go through photosynthesis as much as other plants. Even if you had a very large Cactus, it wouldn’t produce as much oxygen as some smaller plants. They are slow-growing plants and don’t have to create, and therefore use, as much energy as many other plants would need.

However, if you enjoy Cacti, they still provide enough oxygen to be beneficial in a stale office or room.

Any plant that produces oxygen also produces clean air. This is because it is the same process. When plants photosynthesize, they take carbon dioxide out of the air and convert it to oxygen as a by-product. Since they are getting rid of carbon dioxide, they are purifying the air.

Which Plant Purifies the Air Most? 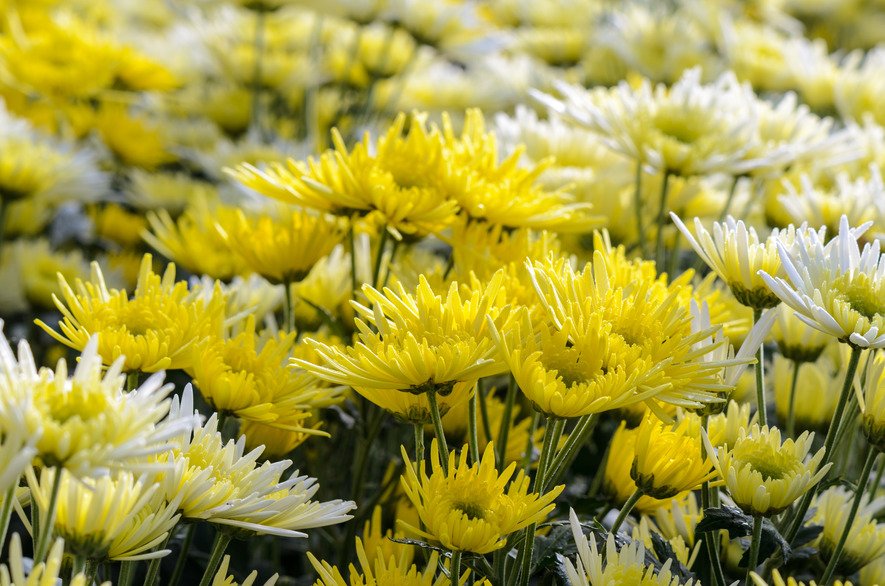 Surprisingly, the plant that purifies the air the most is a Chrysanthemum (Chrysanthemum morifolium). Also known as Mums, they are rated the best at air purifying. This is because they don’t only purify the air and rid it of carbon dioxide. They also pull other toxins out of the air, including formaldehyde, xylene, benzene, and ammonia.

This information was collected by NASA when looking for plants to filter the air in space. While there are likely more plants out there that filter very well, they started with common houseplants first, and that was all they managed to get through with their budget. Not much research has been done on the exact filtering qualities of plants since then.

Other plants high in air purification are:

What Plant Produces the Most Oxygen?

You would think that the plant that produces the most oxygen is the same one that purifies the air the most. While it is true that there are some overlaps, like Snake Plants and Aloe Vera, Chrysanthemums aren’t considered one of the top ten plants that produce oxygen.

Some other plants that are considered to produce the most oxygen are:

Is it Good to Keep Cactus Inside The House?

Cacti have other health benefits as well. For one, they can make you happier by increasing calmness and reducing negative moods. It has been found as well that plants can also increase your productivity.

Plus, taking care of a plant can be therapeutic. Cacti, especially, can be helpful for those with some trauma.

If you have pets or children, it may be a bit dangerous. While these plants aren’t usually poisonous, they are still dangerous. Most Cacti have needles that are spiky and painful to the touch. Having them around children and pets that tend to be more curious can lead to an injury of some sort.

Finally, from a Feng Shui standpoint, Cacti are not ideal to be in the home. If you keep a Cactus in your home, you will want to ensure that they are not placed in a bedroom, living room, kitchen, or entrance to your home. The spikes release negative energy into the house in directed pulses, and these areas are more susceptible to negative energy than others.

By placing your Cactus in a different area, you help protect yourself from the negative energies they can produce.

Some of the best Cacti to have in your home are:

Almost any plant can be a benefit to your home. Even small ones that don’t photosynthesize well, like a Cacti, can provide health benefits to you. Not only do they provide fresh oxygen and air filtration, but they can be a good form of therapy and focus.

While most Cacti don’t have as many benefits as other plants, they can still produce oxygen, and according to Feng Shui, they can make you more productive and happy when placed in select areas of your home.

However, if you are looking for a plant with many benefits, Chrysanthemums, Aloe Vera, Snake Plants, Tulsi Plants, and others may be better options. They filter the air pretty well and provide a lot more oxygen. Some plants even respire 24 hours a day.