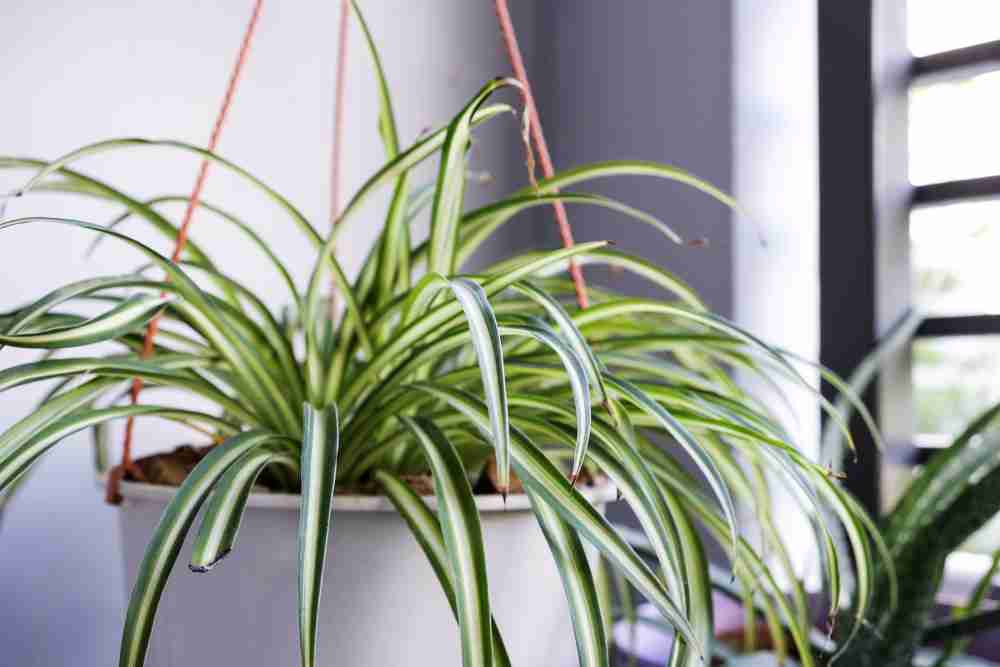 Spider plants are a common plant for beginning gardeners. They are often known as Spider Ivy, Ribbon Plants, or Common Spider Plants. They are well-known for their air-cleaning and filtering abilities. They are so well-known that NASA uses them to help clean air in space.

The most common variety of Spider Plant is the one with light green around the outside and white or yellow-green in the center. However, there are many other varieties. Solid green Spider Plants do exist as they are the original version but are very rare because they haven’t been sold commercially since the 1970s.

Solid green isn’t the only other option. With over two hundred different species, there are all sorts of variegated versions, including ones with long, straight leaves and ones with curly leaves. Even the variegation is different, with some having solid stripes, others a light cream blur, and others even having reversed variegation.

Are All Spider Plants Green and White?

Pretty much any Spider Plant you commonly see is a mix of green and white on some level. Most of the time, these plants are green on the margins of their leaves and white to whitish-yellow in the center.

With these being the most common, even among varieties, you may wonder if there are any other colors or combinations of colorings. While rare, some Spider Plants are solid green, without any yellow or white in the center.

Green, yellow, and white encompass every color that Spider Plants come in. They are often a mix of colors, but occasionally you can find a solid green variety. However, these are much rarer than the variegated varieties.

There are no other colors that Spider Plants come in. Sometimes they may hint at a pink hue or a little gray to them, but they stay right at these three colors.

Is There a Purple Spider Plant? 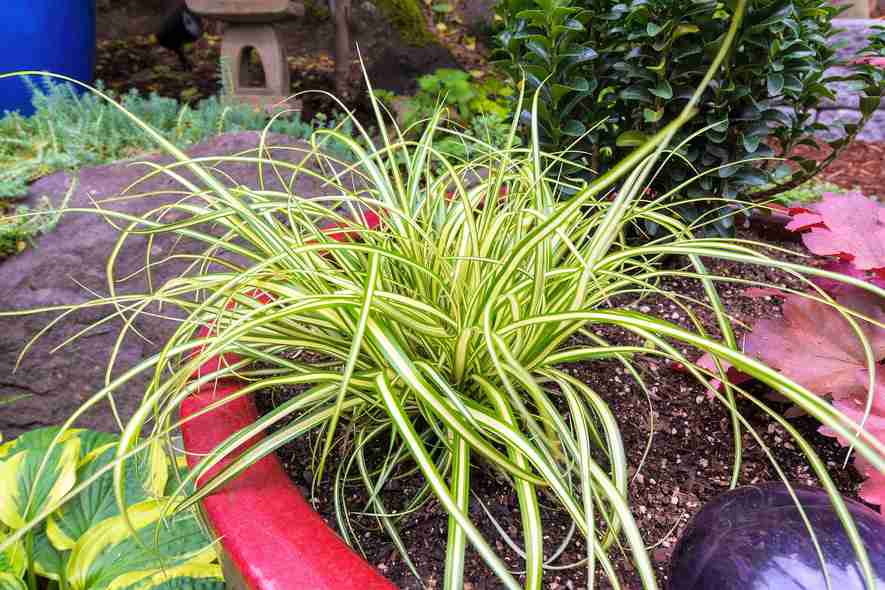 There are a few Spider Plants where you can get other colors. For example, there is a pink Spider Plant known as the Pink Super Spider. It has flowers that are rose pink. This plant is kind of a trick, though. Despite it being called a Spider Plant, it isn’t related closely to Spider Plants.

There is the Spider Plant Violet Queen or the Purple Queen Spider Plant. These are the same plants under different names. These Spider Plants are green and white, but the underside and the margins of the leaves are a bright pink to a stunning purple. These are also not Spider Plants.

However, when you look up colored Spider Plants, you may see these two pop up. Why would they do that if they weren’t Spider Plants? The reason is that they are part of a group considered Spider Flowers, and they often get confused with Spider Plants solely due to their name.

So the short answer is no. If you are looking for an actual Spider Plant, the only colors you will get are green, white, and yellow.

Spider Plants are not always variegated. Some rare varieties are solid green. Technically, these non-variegated plants are healthier, as their leaves have more chlorophyll.

However, it isn’t very common to come across these Spider Plants, so it is unlikely that you will end up with a non-variegated Spider Plant unless you are specifically looking for one.

Even though they are primarily variegated, that doesn’t mean they all look the same. Some have different shades of green. Others may have white on the outside along the margins and the color in the center of the leaves.

Sometimes, the leaves are straight and point down, while others curl and create unique shapes. Some don’t even create pups and do better as ground cover than hanging plants.

There are many, many different variations of Spider Plants out there. While you may be used to the simple variegated version, if you look around, you may see some that you never knew existed!

How Many Variations of Spider Plants Are There?

As you may imagine, variegated versions are the most common. These are the easiest to find and sometimes the only ones people know about. These have green, usually white, yellow, or a faint pink. Some examples of variegated Spider Plants are:

Then there are green or non-variegated Spider Plants. These are the ones that are solid green. They are hard to find and very rare. They can often be called Shamrock or Ocean Spider Plants.

Since most curly varieties are also variegated, it is easy to see some overlap. Bonnie Curly Spider Plant is the most common, but the Reverse Variegated Spider Plant and the Zebra Spider Plant are also typical.

How Do I Make My Spider Plant Green? 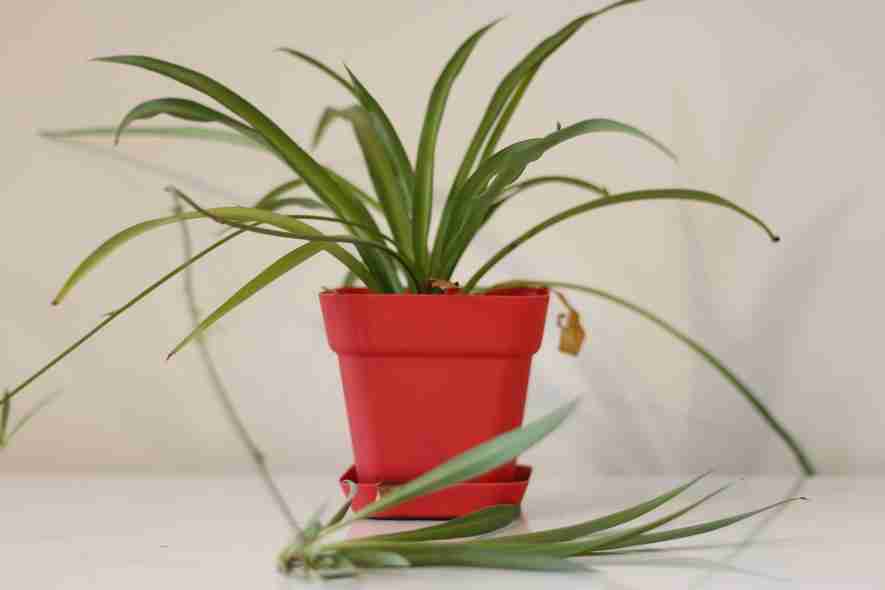 Because the variegation of Spider Plants is stable, your Spider Plant will not turn solid green if you have a variegated version of it. At this point, they are separate enough that they will not turn into one another.

However, if your variegated Spider Plant loses its green stripes, the most likely cause is often too much sunlight. Try moving them to a slightly shadier spot to avoid losing any more important green from their leaves.

What Is The Name Of The Solid Green Spider Plant?

Solid Green Spider Plants don’t have a name. They are simply the original Spider Plant. Some people refer to them as non-variegated versions of a Spider Plant. This simple name gets the point across and tells you all the information you need to know.

However, other people call them Shamrock Spider Plants because of their solid shamrock green color. You can call them the Original Spider Plant if you want to go with a different name.

They don’t have a specific plant name because they are the same plant. The only difference is one has become variegated, and one is the original color.

Despite being the original version of the plant, finding a solid green version of a Spider Plant is very hard to do. They haven’t been sold commercially since around the 1970s, so if you want to find one, don’t expect to just go to your local nursery. Instead, you will likely have to look online for a seller that has one.

The good news is that these Spider Plants propagate like crazy, so if you find one that is solid green, you can easily continue to have one and give it to all your friends and family.

Spider Plants are attractive and lovely plants. They provide many benefits to people, such as purifying and filtering the air. However, they are also just adorable on their own. You may think there is only one variety of Spider Plant, with the common variegation being the most well-known.

But that isn’t the only kind of Spider Plant out there. While most of them are variegated, the variations are slightly different, and there are even solid green varieties. Some of them are hard to find, so you’ll have to watch for these varieties.