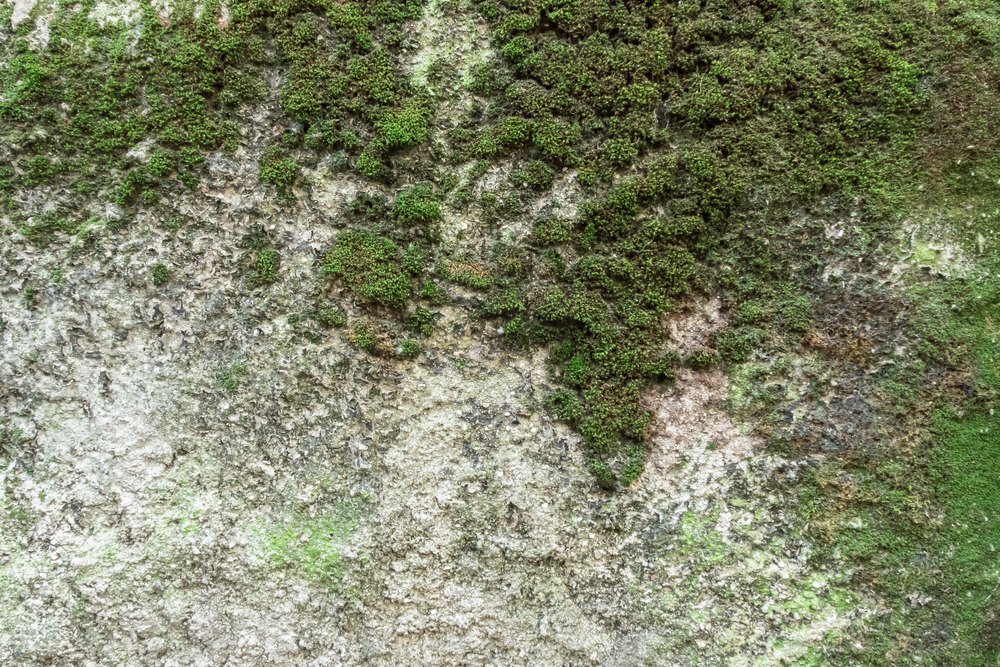 If you live in a humid area of the world, then moss is just a fact of life. While it can be nice in the forest, as it creates a soft, springy ground, or even in your soil to hold moisture or create a pole for your climbing plants, that doesn’t mean you want it everywhere.

But is moss harmful, or is it okay to leave it around your yard without worry? Moss does have the potential to damage walls as it can cling to your walls, leaching out the color and letting excess moisture build up.

While stone and brick walls may be okay with a mossy companion, wood or your roof tiling can suffer serious damages if not treated correctly, so it is important to remove it effectively and quickly. Hiring a professional can help with more severe cases, or you can do it yourself with products you may already have in your home.

Moss is well-known for damaging the building materials it grows on. Moss gets nutrients from the materials they cling to and keeps a moist environment. This means that moss can leach color over time and damage structures.

Moss does best on stone and brick, so while it still can damage these structures, it takes much longer than it would with materials like wood. At least, that is one argument. Others argue that it isn’t moss that harms your wall but the conditions that allow moss to grow.

This does make sense. Moss likes acidic, humid, and wet conditions, so moss will grow when a retaining wall is in an area with these conditions. But humid and wet conditions are bad for rock, wood, and brick and can damage them over time. So it is hard to tell whether moss, humidity or a mix of both is the culprit.

We would argue that it is likely both, as moss does tend to retain water, which would make those areas stay even more humid and wet than they would naturally.

Can Moss Damage Your House? 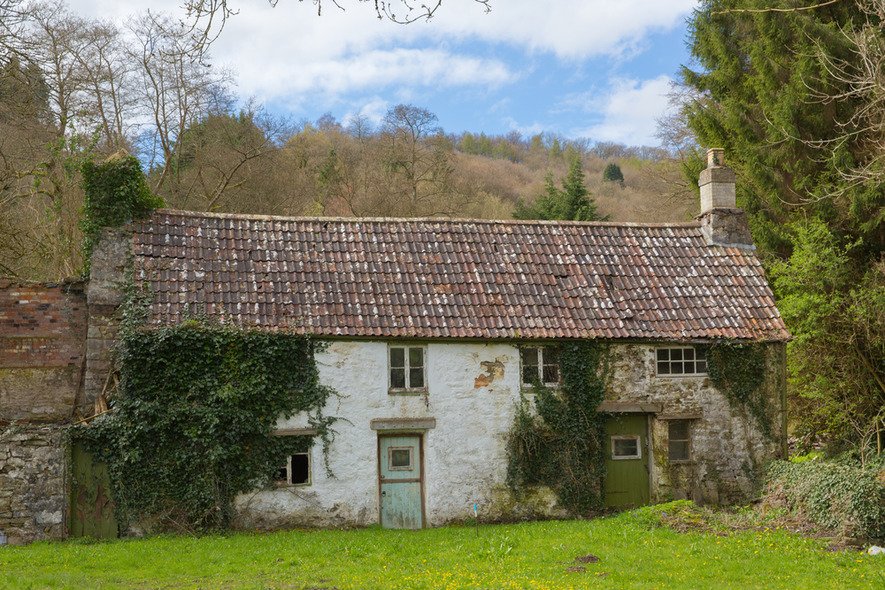 Moss can damage your home. Like most people, your home has a lot of wood, which will rot and mold when exposed to water. Also, it can damage your property values, as moss will leach the color from your exterior, leaving areas of your home that look bleached and unattractive.

However, the way that moss harms your home the most is on the roof. Moss is horrible for roofs, especially those that use shingles. First, moss will rip off the oil covering your shingles. This makes them break down due to the sun and rain much faster than they usually would.

Shingles are also not solidly placed on a roof. They can move around and lift a little. This means that it is easy for moss to grow and spread underneath the shingles. Eventually, if not treated, this moss can get to the inside of your home and the wood that makes up the structure.

As the moss grows, it may also cause your tiles to lift up, crack, or move, reducing their life and letting rain harm your home. Moss isn’t light, either. While a little piece may not weigh much, a bunch of moss filled with water can be very heavy and add unnecessary weight.

Should You Remove Moss From Walls?

Since moss has the potential to ruin walls by retaining moisture, it isn’t a bad idea to remove it. Some people like to keep it on small garden walls where the structure isn’t so important because it can add a cozy, cottage feeling.

If you don’t like the sight of your moss or are worried about it causing damage, go ahead and remove it.

Is it Worth Removing Moss from the Roof?

Depending on how far the moss has spread, removing moss from your roof can be costly. However, considering this is an area where moss can do the most damage, it is well worth it.

Technically, removing moss from your roof yourself can cause more damage or not actually remove the moss. Methods like power washing can add more moisture to your roof and not catch the moss that may be under shingles or cracks.

Plus, depending on your shingles, you may cause more damage. The same goes for methods like bleach. Bleach will kill mold, but it doesn’t remove it, and you may bleach and corrode your shingles and roof with this method.

Most professionals use zinc, copper, and compressed air to remove moss from your roof without causing serious damage. They may also be willing to add a treatment to prevent moss from growing on your roof in the future.

What Causes Moss to Grow?

Usually, moss growth is caused by a mix of various conditions. The most common causes of moss growth are:

Both baking soda and vinegar work to kill moss. If the surface is flat enough, you can use a power washer to force the moss off your wall.

If you have a way to test the pH around the area where moss is growing, we recommend doing that, as it will tell you which one you should use. Usually, a lower pH means that the area is acidic, so using something basic like baking soda would help to kill the moss.

On the other hand, using something acidic like vinegar is ideal if you have a high pH. Just a simple white distilled vinegar that you can buy in the store will work.

Pressure washing can push off the moss, but it doesn’t effectively prevent the moss from growing back. In fact, since you are just adding more moisture, you may cause more moss to grow in the area if you don’t take steps to treat it.

What Is Best for Killing Moss? 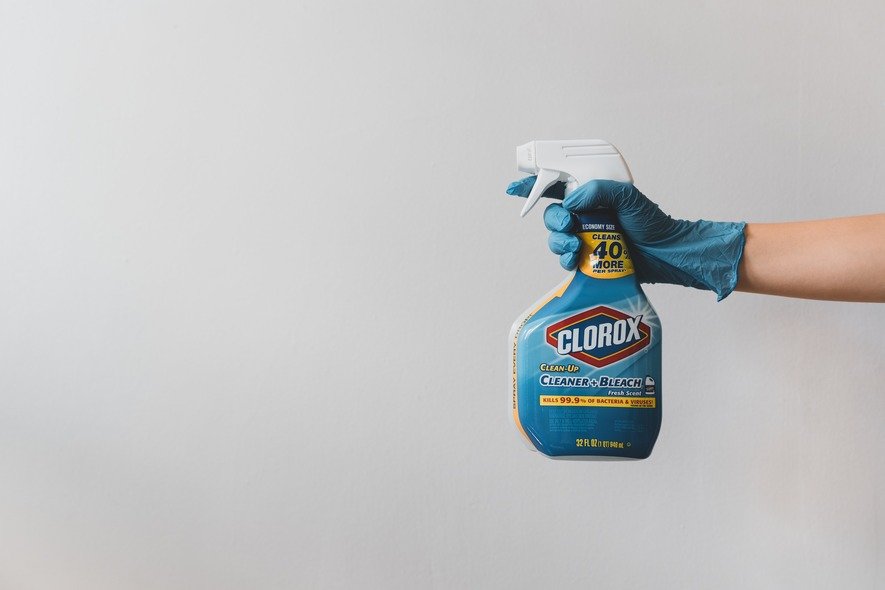 Most people find that either bleach or ferrous sulfate works best for killing moss permanently. Ferrous sulfate causes excess moisture to dry up, killing moss rather quickly. It is most often used on areas of the lawn that have moss, but it can be used for walls as well.

Bleach is another basic solution, so it is excellent if your moss is growing somewhere there is high acidity. You can dilute it with about 2 cups of bleach per gallon of water and brush the areas covered in moss. It may take a couple of tries, but you should be able to kill all the moss in the area eventually.

Some people prefer dishwashing liquid instead of bleach which can be a little harsh. For 1 gallon of water, you add 2 ounces of dishwashing liquid. Dawn Ultra is most people’s go-to, but they warn that while it kills moss, it doesn’t kill the spores. This means that you may have to treat the area several times.

Finally, if you don’t mind using chemicals, there are moss-killing chemicals. These are things you can buy in the store dedicated to killing moss. They make mixes for yards, roofs, walkways, and more.

How to Stop Moss from Growing on the Walls?

Bleach, baking soda, vinegar, dish soap, and ferrous sulfate are all effective at removing moss and killing it permanently, at least after a couple of treatments. If you want to go further to ensure that moss doesn’t grow back, try to clean up the area around where the moss grew.

If it was on your home or a wall, try and find ways to mitigate the amount of shade and moisture the area is getting. Cut back some tree branches, make sure your gutters are working as they should, or create a drainage ditch around your wall.

Moss is pretty and can give your home a cute cottage feel. However, it can also cause serious damage to your home and the walls around your home if you aren’t careful. At the very least, it can be a sign that something isn’t right with the conditions in that area of your property.

While it isn’t as harmful as vines, moss does have the potential to damage walls as it can cling to your walls, leaching out the color and letting excess moisture sit in the area.

While removing and killing the moss is important, so is making sure it doesn’t come back. Many substances like bleach, baking soda, vinegar, dish soap, and ferrous sulfate can kill off moss and prevent it from growing back, though it may take a few treatments to work.