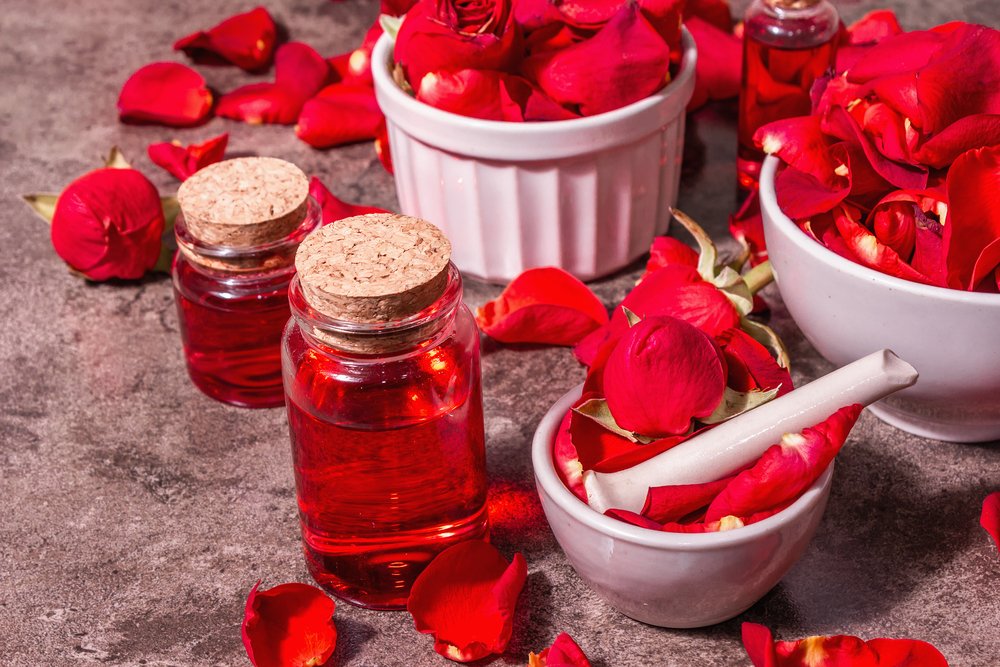 Rosewater is used for many purposes. It can be used in foods from Greek to Persian cuisines. It is often used to improve the look of skin by reducing redness and irritation and healing cuts and wounds. Some people find that it helps with moods and headaches.

No matter what you use it for, you don’t need much, and one bottle can last you for months or even years. For this reason, it makes sense that sometimes, your Rosewater will expire before you finish it.

If you want to learn more about Rosewater, including if it can be frozen, stored in the fridge, and signs to look out for when it’s expired, keep reading below.

You may have noticed that when you buy Rosewater from a store, they often don’t have a date. Does this mean they don’t expire?

Most importantly, Rosewater without a date can last a long time without expiring. Generally, people agree that it starts to lose potency within two years of purchasing. Most Rosewater can last a lot longer if kept in moderate temperatures.

The two-year limit is often due to the laws in the United States if that is where you purchased the product or where it is being shipped from. All food products are required by US law to have a date of expiration of no more than two years. This means that even if it can last three years, the date still has to be two years.

Rosewater that isn’t considered food safe is often unlabeled, as they can last much longer. The flavor and smell aren’t as strong, so it isn’t as good in food. However, it still makes an excellent spray for the skin.

As long as the Rosewater still smells fine, is clear, and doesn’t have chunks, your store-bought Rosewater is fine, especially if you haven’t opened it yet.

Things like hot temperatures and a lot of direct sunlight on the bottle can make Rosewater go bad faster.

Some store-bought Rosewaters have expiration dates, especially if they are supposed to be food safe. These are generally just guidelines, but it’s a good idea to be aware of any signs of it going bad when you get closer to the date.

Unfortunately, unlike store-bought Rosewater, homemade Rosewater does tend to expire faster. Usually, after making it, especially when distilling it, you have about six months until your Rosewater will start to smell or taste off.

Using preservatives, keeping it in the fridge, and ensuring there is no air in the bottle are all great ways to ensure that your Rosewater will last longer.

How Long Does Rosewater Last Once Open? 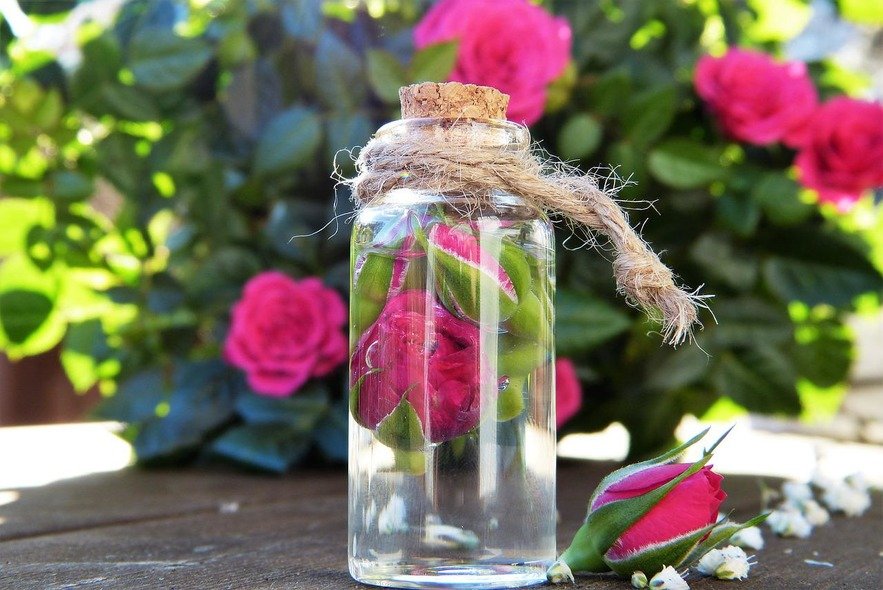 Usually, the expiration date is considered to be two years from when the bottle was opened. As long as the bottle is closed up again, and nothing was dropped or placed into the water that could cause bacterial growth, it should last close to two years.

However, leaving the bottle open or dipping an unclean brush into the Rosewater can cause faster bacterial growth and may shorten the lifespan.

If you make it yourself, you generally only have a few months after opening. This is especially true if you didn’t include preservatives when making it yourself.

How Long Does Rosewater Last Unrefrigerated?

Refrigerating Rosewater doesn’t help that much. It can extend the life up to a week or so, but you won’t notice it much when a bottle can last anywhere from six months to two years.

However, if you live in a very warm environment, and your home tends to stay pretty warm, refrigerating it might help more. This is also true if your temperature tends to fluctuate.

Fluctuating and warm temperatures can hurt your Rosewater, so if you stay in a place where the outside temperature heavily influences your home’s environment, a fridge can at least help keep a consistent environment and last longer.

For the average person, though, you will not notice much of a difference.

Can I Freeze Rosewater?

Freezing Rosewater, especially homemade Rosewater, is a great way to extend its life. You can usually freeze Rosewater for about four months. While theoretically, nothing in a freezer can ever go bad – you can’t grow bacteria in a freezer – it can lose its potency or gain the smell of something else in the freezer.

If left in the freezer for too long, this will happen to your Rosewater. It will likely either lose so much potency that it isn’t much more than just plain water, or it will start to absorb the flavor/smell of the foods it is frozen nearby, such as fish, garlic, desserts, or more.

Four months is generally a good guideline to retain the fragrance and keep maximum usage.

Additionally, avoid refreezing Rosewater. Though it likely won’t have harmful bacteria, it will quickly reduce the flavor and the rose’s benefits and fragrance.

How To Tell If Rosewater Is Expired

Rosewater can expire, even if it does take a long time. There are often obvious signs that Rosewater has expired from look, taste, or smell.

If a Rosewater is expired, it will often turn a milky or brown color. It may also have chunks or particles in it. Some people say that the fragrance changes pretty dramatically as well. Instead of a pleasant rose smell, it will smell more like wood. The taste will often be bitter or lacking in rose.

Technically, things like bacteria can eventually get into your bottle if left out long enough. Though it is unlikely, we recommend you try to identify expired Rosewater based on color and smell first.

What Happens If I Use Expired Rosewater? 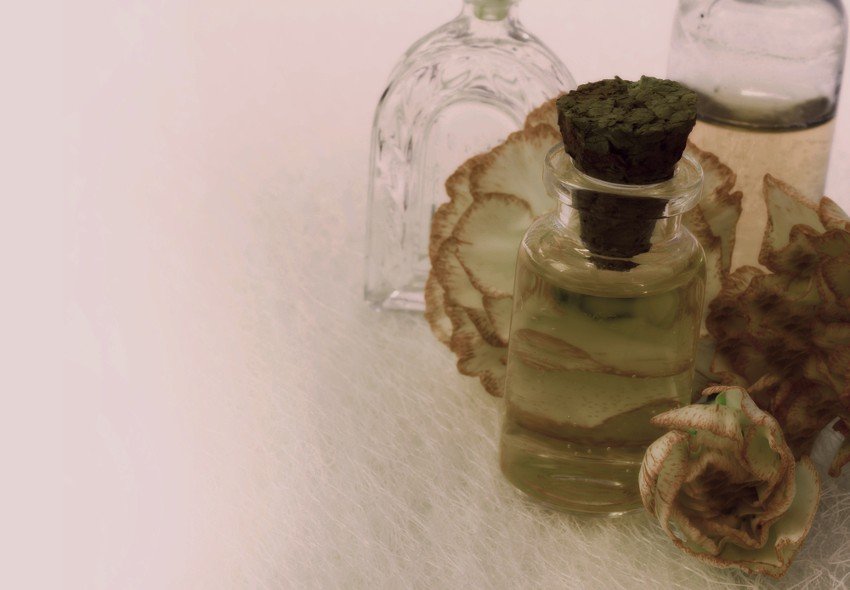 For the most part, there is little danger with using expired Rosewater. This is especially true if you use it as a perfume or on the body. Some people get reactions from expired Rosewater, but a little rash, itchiness, or a small and temporary red mark are often the worst you experience.

If you suspect your Rosewater is expired but don’t detect anything wrong with the water from sight or smell, you can do a tester. Rub a little bit of water on your arm and wait overnight to see if you face any adverse reaction. If so, toss it out.

If you end up eating it, it is unlikely to cause harm. Generally, the most common problem is that it imparts a less fragrant smell and taste to the dish, essentially doing nothing more than adding water to your meal instead of a flavor.

Rosewater is often cooked into a dish, so most bacteria will hit a temperature high enough to kill it. Occasionally, it can get harmful bacteria, but it is rare, and you often have nothing to fear.

If you are worried about eating expired Rosewater but don’t want to toss out a bottle and nothing looks or smells wrong with it, try doing a tester on your skin. If no reaction occurs, you can finish off the bottle by using it in a bath or as a skincare product.

Rosewater is used for many different things. It can be used in food, or it can be used as a perfume. Many people find it helps balance the skin’s pH, reducing acne and oily skin.

Unfortunately, you don’t usually need much of it at once, and it is entirely possible that it could go bad before you use it, especially if you made it yourself. Some obvious signs such as a different color of liquid, chunks, and a different smell can help you determine when your Rosewater is no longer suitable to use.

Like any other food or drink product, Rosewater can technically expire, but thankfully, there isn’t much danger using expired Rosewater besides a minor rash or lack of flavor.