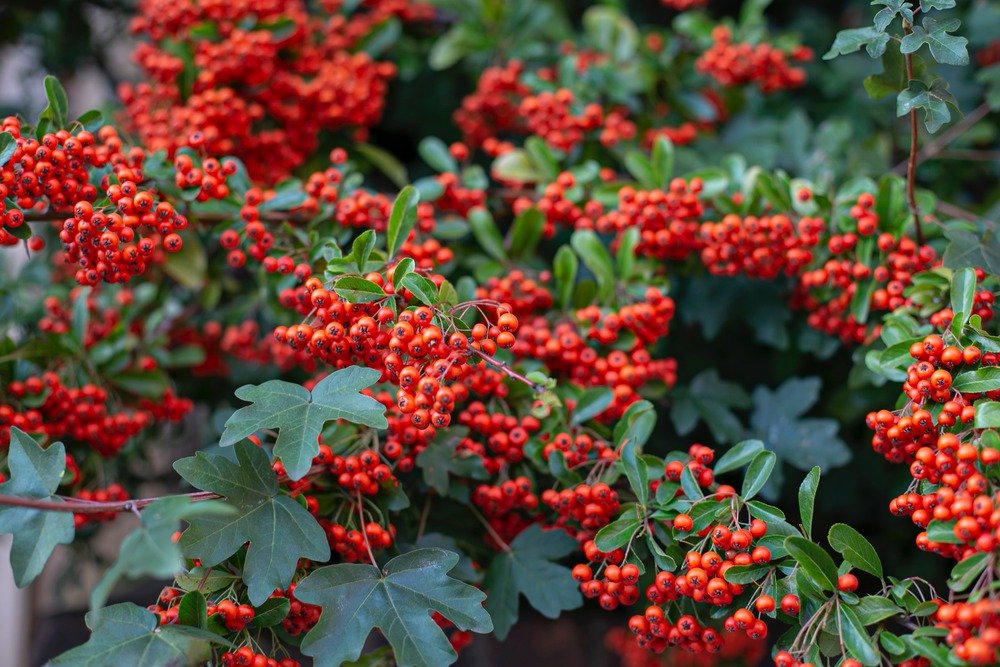 Getting the right bush for your yard is very important. You don’t want something too large or too small or something you can’t design and shape to your needs.

Two common bushes planted outside are the Dwarf Yaupon Holly and the Boxwood. They share some similar characteristics but are fairly different plants. Many people want to know which plant is best, but there isn’t a clear winner. Each plant has benefits that may make it ideal in a certain home or climate.

The best comparison is that Dwarf Yaupon Holly doesn’t often have a smell, is smaller at 4 feet (1.2 m) high, and is easier to care for. Boxwoods are easy to care for, they need more pruning, may smell unpleasant, and grow 15 to 20 feet (4.5 to 6 m) high.

If you live in colder climates, you may want a Boxwood, but Dwarf Yaupon Holly can handle droughts and water sitting in their soil for a little bit if needed. They are also not the only two plants compared. Boxwood is also commonly compared to Japanese Holly, which looks slightly different but shares a few characteristics with the Dwarf Yaupon Holly.

Is Boxwood or Holly a Better Plant?

Determining which plant is better depends a lot on your location. Dwarf Yaupon Holly can handle drier conditions, almost like a drought situation. They are also better for saltier soils. However, Boxwood tends to be able to handle cold weather.

Boxwood is also easy enough to prune into whatever design and shape you want. Overall, Boxwoods are a little more resistant than Holly, especially Dwarf Yaupon Holly.

Additionally, a Boxwood is a little bigger than a Dwarf Yaupon Holly. The Holly also has slightly smaller leaves. Despite being smaller, the Holly tends to grow a little slower throughout the year.

However, they both work similarly. They are excellent landscaping plants that can stay as a hedge or shrub.

How Can You Tell the Difference Between Holly and Boxwood?

Despite both being shrub and hedge-like plants, they don’t look all that similar.

Their flowers are typically yellow-green. Usually, they grow up to 1 foot (0.3 m) per year. Their hardiness zones lie between 5 to 9.

They often have white flowers and small, red fruits. Their ideal hardiness zones are between 7 and 10. 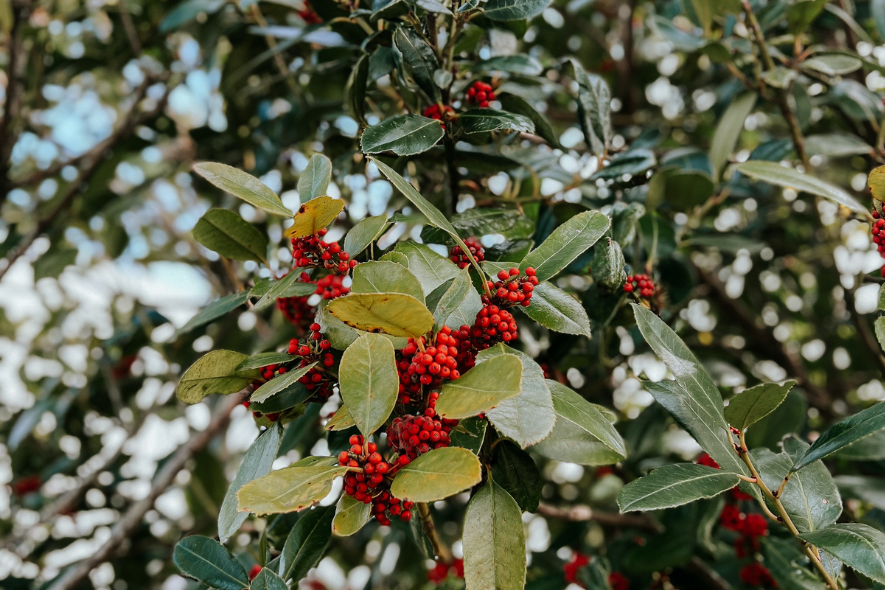 As the name suggests, Dwarf Yaupon Holly is a fairly small shrub. They usually don’t grow more than 4 feet (1.2 m) high and 5 feet (1.5 m) wide. They are good to place near taller plants to hide their roots, or along fences.

They prefer to have mostly full sun. They can handle a little shade, but don’t prefer it. A general guideline is that they need to have at least six hours of full and direct sun to do their best.

They can even be kept in planters as decoration. While they are too small to make elaborate decorations with, you can shape them into cubes or spheres relatively easily. They have small red fruits that are much-loved by birds.

The plant itself has dark and glossy foliage and branches that don’t stretch out too far. Additionally, they can handle many different soil conditions, and can even cope with some drought or flooding.

Since they don’t grow too big, they don’t need much pruning unless you want to keep a specific shape. They grow pretty slowly, only about 4 inches (10 cm) a year, so they don’t need to be pruned very often at all.

Dwarf Yaupon Holly does not have a strong smell. When they are flowering, they tend to have a mild floral smell, but otherwise, they are relatively unnoticeable, and some people don’t get a smell out of the flower at all.

Despite not having a smell, some people can still have a problem with this plant. Hollys are considered to be a mild allergen for many people, and the Dwarf Yaupon Holly is no exception.

Since they grow so slowly and need very little pruning, they are easier to care for than Boxwoods. They can handle a variety of situations, and only need a little water and fertilizer occasionally.

How Big Does a Dwarf Yaupon Holly Get?

Dwarf Yaupon Holly does not get very big. You can expect them to stay around 4 feet (1.2 m) high and 5 feet (1.5 m) wide at most. Sometimes, they will grow to smaller sizes, especially when kept in a planter or pot.

Boxwood shrubs are large and can easily take over if given the chance. They also grow compact, which makes them ideal for cutting into fun shapes. However, they are toxic to cats, dogs, and humans, and the sap can cause irritation on the skin, so it is best to keep them away from families with small children or outdoor pets.

Most of their foliage is dark green with hints of blue. Sometimes, the leaves can become variegated, but not very often. They can handle full sun but prefer to have a little shade. However, more hardy varieties can handle more sun.

Boxwoods don’t like soggy soil. They need to be planted somewhere they can get a lot of water, but without the water sitting in the ground below them.

Finally, you have to prune Boxwoods frequently. They do best being pruned in spring or summer when the new growth can start growing right away. Frost can damage any new growth, so pruning during fall and winter isn’t a good idea.

Is There a Boxwood That Doesn’t Smell?

Unfortunately, not all Boxwoods smell pleasant. Some varieties have been said to smell like cat or dog urine. However, this isn’t common with all Boxwoods. One Boxwood that doesn’t have this smell is the Green Velvet Boxwood. It has a very mild and pleasant odor that is much more acceptable for sensitive noses. 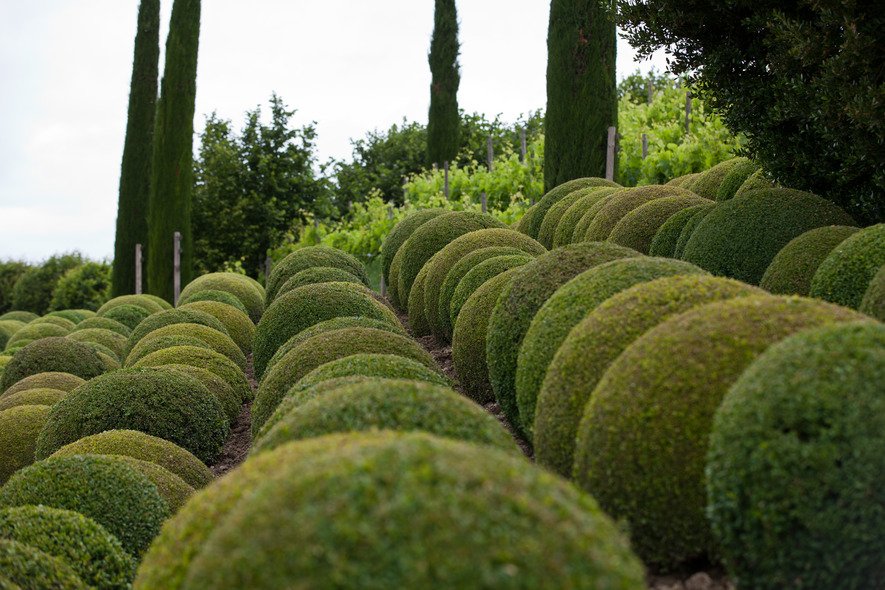 Boxwoods are considered low maintenance. However, because most people want a nicely manicured plant, pruning usually does have to happen at least once a year. Otherwise, they need basic requirements like water, fertilizer, and proper soil.

How Big Do Boxwoods Get?

Boxwoods get pretty big. Without proper pruning, they can reach anywhere between 15 to 20 feet (4.5 to 6 m). Most people keep them somewhat contained with proper pruning.

Another Holly often compared to Boxwood is the Japanese Holly. These Holly have jagged, often referred to as “scalloped” leaves. The Boxwood, meanwhile, has smoothed edges around its leaves. However, the Japanese Holly tends to look more like a tree, with individual patches full of thick leaves instead of a solid bush shape.

While Japanese Holly isn’t nearly as short as a Dwarf Yaupon Holly, they still don’t match the height of the Boxwood. They reach about half the height of a Boxwood, or about 10 feet (3 m). Like Boxwood, they tend to be more square in shape, so their height and width are often the same.

Unlike Boxwood, they have little fruits they produce, which are faintly blue-colored berries. They don’t have an unpleasant smell like some Boxwoods get, either.

When you are thinking about planting a hedge, you don’t want something that isn’t going to be overly compact and thick. Thankfully, both the Dwarf Yaupon and the Boxwood have compact shapes that can be pruned or shaped to fit your style. You can also let them grow freely to look more rugged and natural.

The best comparison is that Dwarf Yaupon Holly doesn’t often have a smell, is smaller at 4 feet (1.2 m) high, and is easier to care for. Boxwoods are easy to care for, they need more pruning, may smell unpleasant, and grow 15 to 20 feet (4.5 to 6 m) high.

There isn’t one that is better than the other at a general glance. However, they each have their benefits. Knowing which plant works best for you can help you figure out which plant to choose.