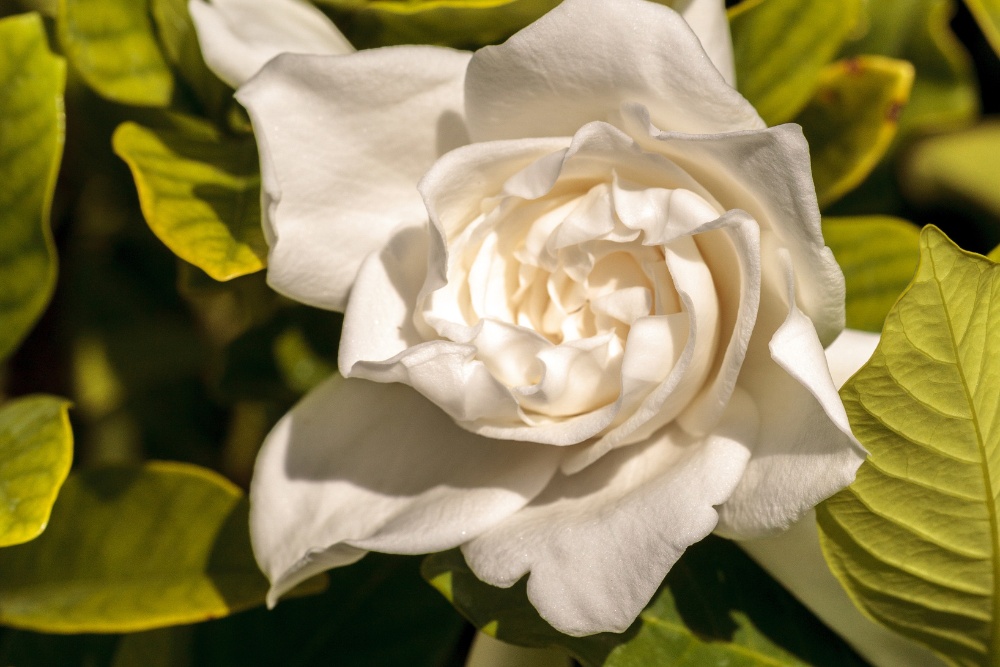 Gardenias have citrus, peach, and creamy top notes and woody undertones, while Magnolias have a citrus top note, with champagne and florals with spicy and musky undertones. The Magnolia also tends to be a bit lighter in smell. However, each species has different smells; some may be more noticeably different than others.

Both have a heady punch that may be too much for sensitive noses. If you don’t want to own the plants but still want to have the smell around, don’t worry, as there are perfumes that contain the smell of both of these flowers. If you want to remember a brilliant vacation or be reminded of home, you can carry the scents wherever you go.

Gardenias and Magnolias are fragrant flowers, and trying to tell them apart by scent can sometimes be tricky. They both have primarily citrusy notes and are pretty heavy on their scent.

However, Gardenias tend to be a little more creamy with peach notes, especially early in the morning. They can be pretty strong, and some varieties are much too powerful to keep in the home constantly.

Magnolias tend to be a little lighter in smell. They tend to have more of a champagne note to them. While it can still be heady, it doesn’t have the pungent or woody smells that Gardenias can have.

Are Gardenias and Magnolias in the Same Family?

While Gardenias and Magnolias may look the same at a glance, they are actually quite different. This is because they aren’t in the same family and have a lot of things to separate them from each other.

Magnolias are in the family Magnoliaceae. Magnolias and Tulip Trees are the most well-known plants in this family.

Gardenias are in the Rubiaceae family. As well as Gardenias, coffee and bedstraw are both in this family. 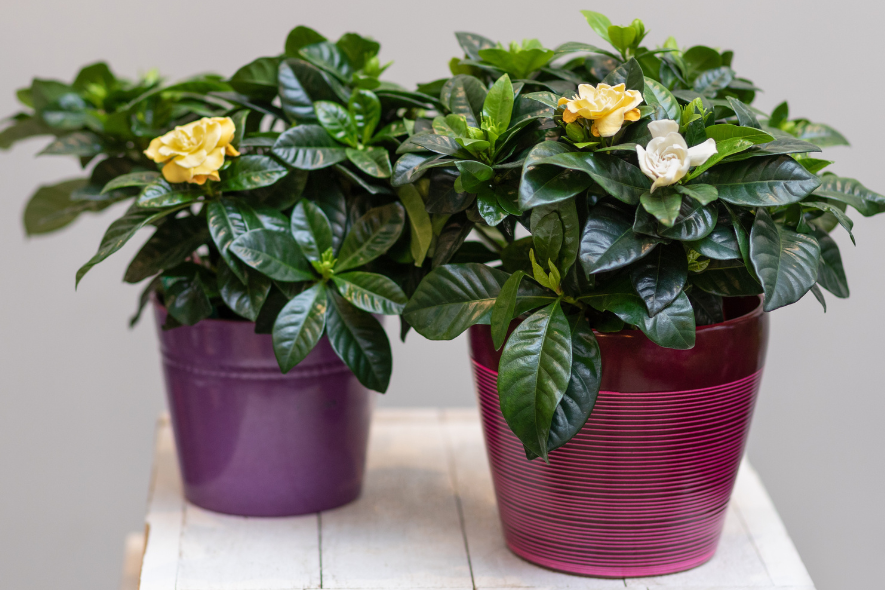 Gardenias can change smells throughout the day. They can smell soft, peachy, and creamy in the morning and have spicy and robust undertones in the evenings. Woody, feminine, and flowery are usually the three words used to describe Gardenias the most often.

They are citrus-based in terms of smell, so they tend to have the smell of oranges, limes, and lemons that stand out the most.

Which Gardenia Has the Strongest Smell?

Not all varieties smell the same, nor do they have the same strength. There is one Gardenia that is known for being the most fragrant. This is Gardenia Aimee Yoshioka. Not only is it the most fragrant, but it is also one of the largest of all flowered Gardenias.

However, there is a lot of debate on which Gardenias smell the best, as everyone has slightly different preferences. Often, Tahiti Gardenia and August Beauty are two referred to as having pleasant smells. While Aimee has the most potent smell, it can often be overpowering, so not as many people prefer the scent.

Many perfumes boast about being Gardenia-scented but don’t always have the right notes. Unfortunately, even when someone finds a perfume that smells like heavenly Gardenias on them, it doesn’t smell the same way on everyone.

That’s why we have collected several Gardenia-scented perfumes on this list, so you can try them out and find the one that fits you and your desired smell best:

Camellias and Gardenias do tend to look the same and can often be confused for one another. However, Camellias often don’t have a smell at all. If they do, it is more lemony and light compared to Gardenias’s shady and sometimes overpowering smell.

If you have a sensitive nose, Camellias give you the same beauty as a Gardenia without having overpowering smells throughout your yard and home. However, if it is the smell you like about Gardenias, there are plenty of varieties.

While Gardenias are often compared to Jasmines, they aren’t the same. Jasmine tends to have a more earthy smell that is a little more muted. Gardenias are typically bolder and more assertive in aroma and have a bit more of a feminine scent.

Gardenias are sometimes said to be so strong that they can be smelled up to over half a mile away (1 km). 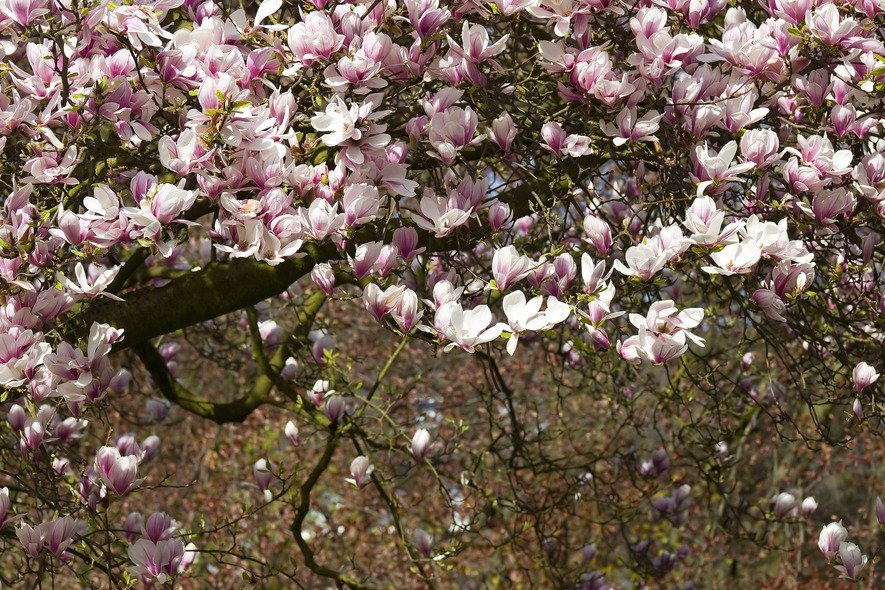 Magnolias are often described as having a sweet and fruity flavor. Some people compare it to champagne, as it has a lightness in its fragrance, similar to the fizzy beverage. Usually, a lemon or citrus smell is the best way to describe these heady flowers. They also have undertones of spice and musk.

However, every variety of Magnolia has a slightly different scent. They can be anywhere from tart and spicy to sweet and floral. Most commonly, the Magnolia is compared to Jasmine in terms of smell.

Which Magnolia Has the Best Scent?

Yulan Magnolia is considered the most fragrant due to the sheer number of flowers it can produce. But that does not mean that their smell is the best.

Often, the Daybreak Magnolia is considered the best scented of all Magnolia trees worldwide. It is believed to have a smell that is a mix between a fresh rose and clean linen. However, ones like the Anise Magnolia and Southern Magnolia are also good choices.

Many Magnolia perfumes grace the stores, but it can be challenging to find ones that smell like Magnolia. The frustration worsens when you consider how perfumes change scent based on who wears them and their base scent.

This, unfortunately, means that what smell may work for one person to bring out notes of Magnolia might not work for another.

Thankfully, to mitigate this problem, we’ve created a list of some of the best Magnolia perfumes in the hope that one will work well for you:

When you think of Magnolia and Lavender, you may realize that the scents are very different. Lavender smells sweet, herbal, and woodsy instead of light and citrusy.

Despite their different smells, they are often compared because their smells have similar makeups when looking at the chemistry. This means that when you are looking for something that triggers the same reaction or performs the same way as oil, Lavender is a good option.

Additionally, the two smells also work well together and can be paired and mixed without competing.

Like Lavender, Ylang Ylang doesn’t smell like Magnolia, though it is closer. It is often considered deep and floral, with notes of Jasmine and banana.

It has a similar chemical makeup, which means that it can be used similarly in aromatherapy or essential oils. Magnolia and Ylang Ylang also work well when combined to create a pleasant aroma.

Gardenias and Magnolias are both well-known species that have strong, fragrant flowers. They can both be found throughout the world, specifically in tropical countries. You can find both in the United States as you travel to the southeastern side of the country.

Gardenias are very fragrant, with citrus, peach, and creamy top notes and woody undertones, while Magnolias tend to have a citrus top note, along with champagne and florals with spicy and musky undertones.

While these plants don’t look or smell the same, their top notes and strong smells sometimes make them difficult to tell apart. While they both have citrusy and floral top notes that make them similar to Jasmine in terms of smell, they have very different undertones you can use to tell them apart.