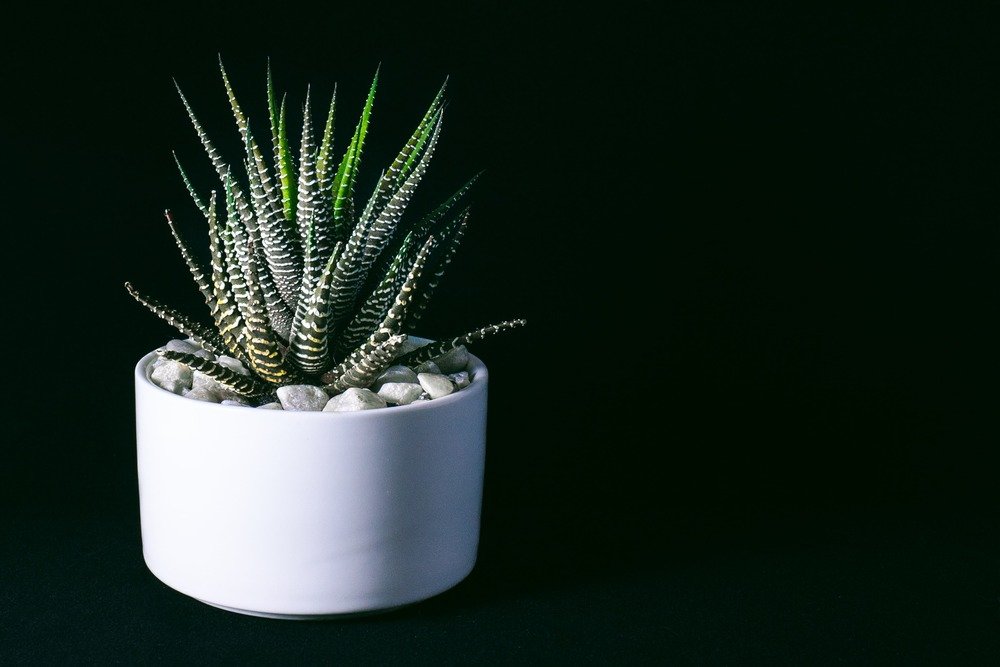 Haworthias, or Zebra Plants/Succulents, are plants that don’t often bloom when they are kept in indoor conditions. Although they are relatively easy succulents to take care of, they have far more specific requirements for flowering than for growth.

For your Haworthia to bloom, you must set up the right environment: indirect sunlight, temperatures of 65 to 75°F (18 to 24°C), watering every two to three weeks, and fertilizer twice per year.

You may have heard rumors about Haworthia blooms as well. One common one is that Haworthias will die after blooming. Other people don’t even know what the flowers look like or the unique stem they grow on. However, despite the strange look of the stem, there is no harm in letting your Haworthia grow flowers and bloom.

Some people prefer Haworthia to focus energy on growth and leaves, but that isn’t necessary and is a personal preference.

Haworthias are considered flowering succulents. This means they can grow flowers, which is a relatively normal occurrence. Haworthia, if they do bloom, tend to do so in the summer months.

You may wonder how Haworthia grows flowers since their stems are usually full of unique white and green leaves. Haworthia has its flower buds growing at the end of a unique and long stem.

The stem is usually bare of leaves and grows taller than the actual plant. Once the stem is finished growing, the little flower buds will appear at the end of the stem.

Although Haworthia can flower every year, it is a relatively rare occurrence for them to flower when kept indoors. This is because they are pretty picky when it comes to blooming. Growing out that long stem takes a lot of energy.

If your Haworthia is already not getting enough energy and the nutrients it needs, it won’t want to waste time producing that stem. Sometimes, the plant will manage to produce the stem but won’t finish going through the budding and flowering process.

For that reason, some people are unaware that Hawthorias are flowering succulents.

Why Is My Zebra Succulent Flowering? 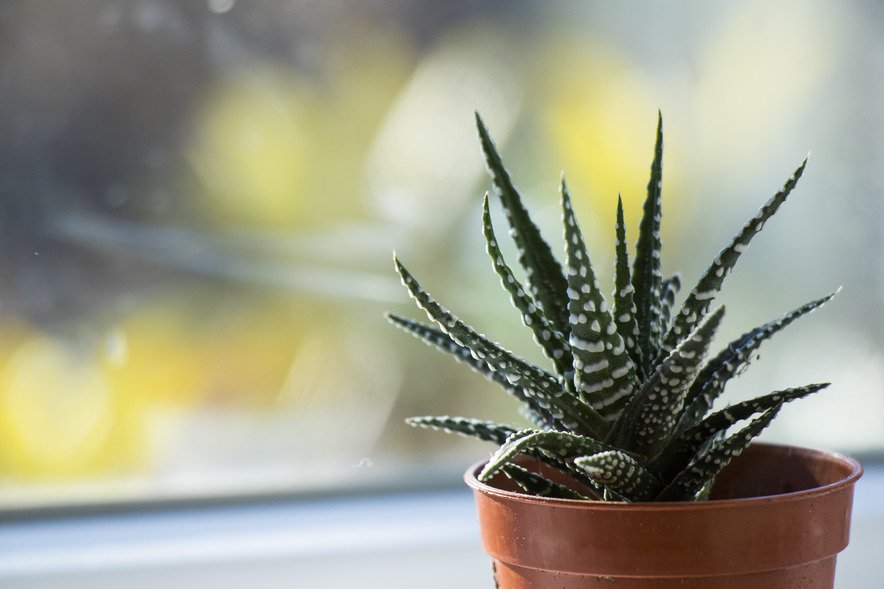 Most of the time, Zebra Succulents aren’t picked for their flowers. Even if they flower, they are usually small and not as eye-catching as other plants. Instead, Zebra Succulents tend to be chosen for their leaves that grow upwards at an angle and have white stripes horizontally along the thick leaves.

Many people don’t even realize that Zebra Succulents are a flowering species. Despite the flowers being kind of rare when grown in a home, they do bloom.

If your Zebra Plant is flowering, it is usually a sign that your plant is getting great care. Although Zebra Plants can survive in a fair number of conditions and continue growing, they are a lot pickier when it comes to wasting energy to produce a stem and flowers.

This means that if they are flowering, they have outstanding care and are in their ideal habitat. You can feel better knowing you are doing a great job taking care of your plant.

Does Haworthia Die After Flowering?

Haworthia is not Monocarpic. They are instead Polycarpic, meaning they can flower multiple times throughout their lives, and the flowering process will not kill them. Many people get worried when they see the Haworthia stem, as it seems so alien and different that it feels like the plant must die after producing one.

But you don’t have to worry; even after producing flowers, your Haworthia will continue to grow for years.

Should I Cut Off Succulent Flowers?

Whether you cut off succulent flowers or the flowers of Haworthia is more of a personal preference. Since many people pick succulents for the unique shape of their leaves, letting them flower can be detrimental to what those plant owners want.

Flowering is an energy-intensive process. Plants put much of their energy and growth into flowering during the growing season. This takes away from new leaves that could be growing so the plant can get bigger.

However, there is no harm in letting most succulents bloom. It is a natural process that won’t kill your plant but will only slow its growth.

After the growing season, when the flowers start dying off, it can be a good idea to prune the flower and flowering stem. Again, this is a preference, but once done growing flowers, the stem only drains the plant of energy.

So if you trim off the stem at the end of the growing season, your plant doesn’t waste so much energy for the rest of the year.

How Do You Get Haworthia to Flower?

To get a Haworthia to flower, they need to be in ideal growing conditions. While Haworthia is relatively tolerant to neglect, if they are neglected too much or don’t get enough energy to grow, it may become too energy-intensive to spend time developing flowering stems and flowers.

So if you want your Haworthia to flower, you must ensure their ideal care requirements are met. This means giving them the right amount of light, water, soil, temperature, and nutrients.

For light, Haworthia generally needs bright but indirect light. It can handle a little bit closer to medium light requirements if necessary, though.

Haworthia also needs water, though not as much as other plants, being a succulent. Often, you can just soak the pot once every two or three weeks. Make sure the soil is fully dry before watering again. Haworthia is a plant that thrives in arid conditions and does well in low to average humidity.

The same goes for temperature. The temperature range where most people keep their homes is an ideal temperature for Haworthia. Usually, 65 to 75°F (18 to 24°C) is acceptable. 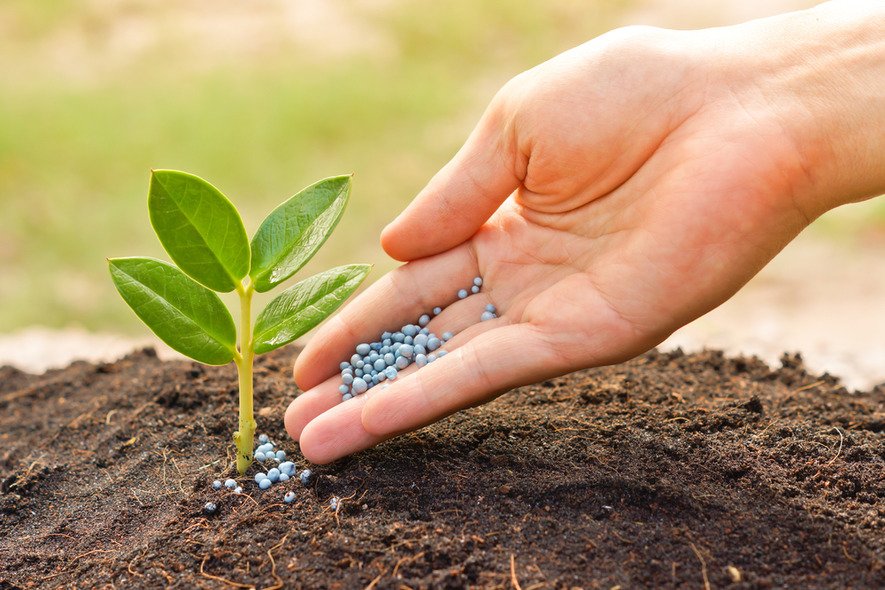 Regarding nutrients and fertilization, your Haworthia only needs to be given liquid fertilizer once in spring and once in fall. NPK (nitrogen, phosphorus, and potassium) ratio of 3:1:2 is ideal.

How Often Do Zebra Plants Flower?

Zebra Plants have the potential to flower once a year. Generally, they will flower around the end of summer to early fall, though the flowering stem should start growing in late spring to early summer.

When kept indoors, they have the potential to bloom twice a year, as they can stay warm and continue to get water and nutrients throughout the year. However, this is rare because it needs almost perfect care.

Unfortunately, they don’t continuously flower yearly unless they are well-taken care of. Sometimes, it can be every few years, or even not at all. Some people go the whole time owning a Haworthia without ever seeing a flower or flowering stem.

How Long Does it Take a Zebra Plant to Flower?

It can take Zebra Plants roughly twelve weeks before they start blooming. Usually, after close to twelve weeks, you should start seeing your Haworthia begin to produce flower bracts. Though they generally only bloom in the early fall, sometimes indoors, they can flower at any time of the year.

The flower bract will often last for six weeks, but the little yellow flowers usually only grow for about one week or so. You can leave these flower bracts on or prune them after the flowers die.

Generally, Haworthia doesn’t bloom in their first year, either. For most Haworthia, it takes two to three years before a Haworthia is ready to flower. So if you’ve only had your plant for a year or two, don’t fret, your plant may just be too young to bloom, and nothing is necessarily wrong with its environment.

Haworthia flowers do not self-pollinate. They can flower, but the flowers will not produce young plants unless there is another Haworthia nearby and a pollinator. You can pollinate your plants yourself, though.

Although they do not self-pollinate, Haworthia has both male and female flower parts on one plant. So all you have to do is rub the anthers of the male stamen on the female flower’s stigma until the pollen is transferred.

Haworthia isn’t often chosen for its flowers. Not only are the flowers so rare to bloom that some people aren’t even aware that they are flowering succulents, but they also aren’t very attractive or bold flowers. The stems that the flowers grow from are so different from the rest of the plant that they look like a different plant altogether.

If you want your Haworthia to bloom, you must be sure to take care of all of their habitat requirements: indirect sunlight, temperatures of 65 to 75°F (18 to 24°C), watering every two to three weeks, and fertilizer twice per year.

However, it can be a sign of achievement, knowing you are taking care of your Haworthia so well that you can make it bloom.