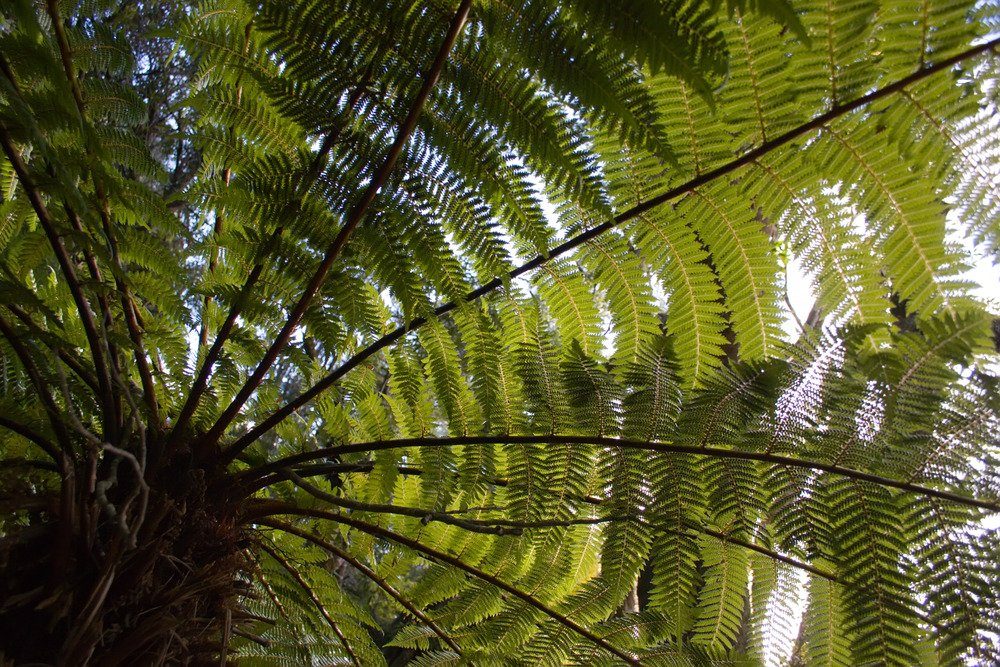 Ferns are beautiful and ancient plants, surviving on a simple design for a long time. Other plants are more advanced and complicated in their design but haven’t been around nearly as long. However, despite being vastly different types of plants, sometimes trees and Tree Ferns can look very similar.

Thankfully, there are a few ways to tell them apart, and one very simple way that will allow you to identify the difference throughout most of the year.

The easiest way to identify trees and other plants apart from Ferns is to look at how they reproduce; all Ferns, even Tree Ferns, reproduce via spores, while other plants have flowers and seeds to reproduce. This means that you will never see seeds, fruits, seed pods, or flowers on a true Fern.

Of course, there are a few other ways to tell trees and Tree Ferns apart. While looking for flowers and seeds is the easiest way to tell them apart, these are unfortunately not always available, so knowing other ways to identify the differences can be useful if you are in a season where fruits, seeds, and flowers aren’t present.

How Can You Tell The Difference Between a Fern and a Plant?

One of the major ways to differentiate between Ferns and other plants is the fact that Ferns are not a flowering plant species. They still have traditional roots, stems, and leaves, but they do not have any flowers or seeds.

They actually reproduce via spores instead of seeds and flowers. These spores usually grow on the underside of the leaves. They can self-fertilize, as Ferns have male and female gametophytes in the same space.

These spores tend to limit Ferns and where they can grow. For the spores to work, Ferns have to be in humid conditions. However, plants with flowers can adapt to a variety of environments. Ferns are an ancient species and while they still do fine in many environments, their system is too simple for adaptation.

Ferns can usually handle lower-light conditions as well, which allows them to do better in humid conditions where bigger plants may compete for most of the light.

Horsetails have been recently found to be a type of Fern. Plants that were once considered Fern allies like club-mosses and quillworts are actually not very closely related to Ferns, new studies show.

Unlike mosses, Ferns are vascular plants, which means that they have a branched vascular system. They also have true leaves and true roots.

Are Tree Ferns and Ferns the Same? 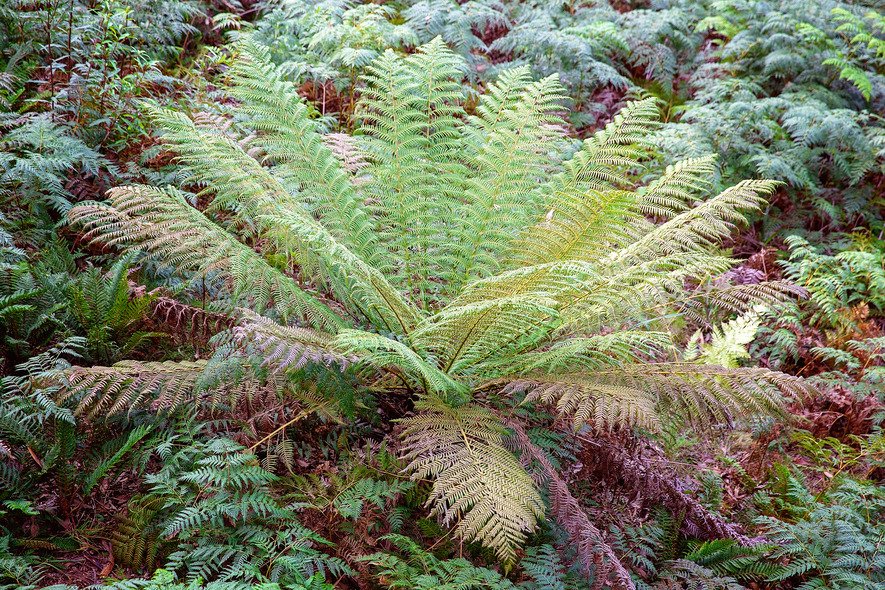 Tree Ferns and True Ferns are both Ferns and they are the same. However, Tree Ferns are a certain group of Ferns that allow them to grow large trunks and a crown that makes them more tree-like in appearance.

Though it may look like a tree trunk, it is actually more closely mimicking a rhizome that has decided to grow vertically.

The thing that separates Tree Ferns from Trees is that they aren’t woody. What makes a tree a tree is that it must be a minimum of 10 feet (3 m) and be woody, which means a secondary plant growth must occur that helps to add thickness to the roots and stems.

Tree Ferns pass the first test. Some of them can grow over 49 feet (15 m). However, Tree Ferns never grow woody.

Like other Ferns, Tree Ferns are ancient. Studies have shown that they have been around since before the dinosaurs. They are hardy, but slow growing, and often regrow the fastest after a natural disaster.

What Is Another Name for a Tree Fern?

Tree Ferns are also known as Cyatheales or Dicksonia. This is their scientific name at the order level. There are many different families. This is what they are most commonly called besides Tree Ferns.

However, each species has its own name as well, and some have names in the local languages where the plants grow. For example, in New Zealand, a few of the Tree Ferns are also called mamaku, katata, korau, or pitau.

We tend to associate Ferns with stalks that have leaves that are small and oval, and are all clumped together on one stem. They look and sort of feel like feathers, thin and delicate.

While this is a common type of Fern, it isn’t the only shape or style available. Ferns like Fiddlehead Ferns look like whips and are curled up in circular shapes. There are other Ferns, like the Japanese Holly Fern that mimics a holly plant and has thick and leathery leaves.

What Are Some Trees With Fern-Like Leaves? 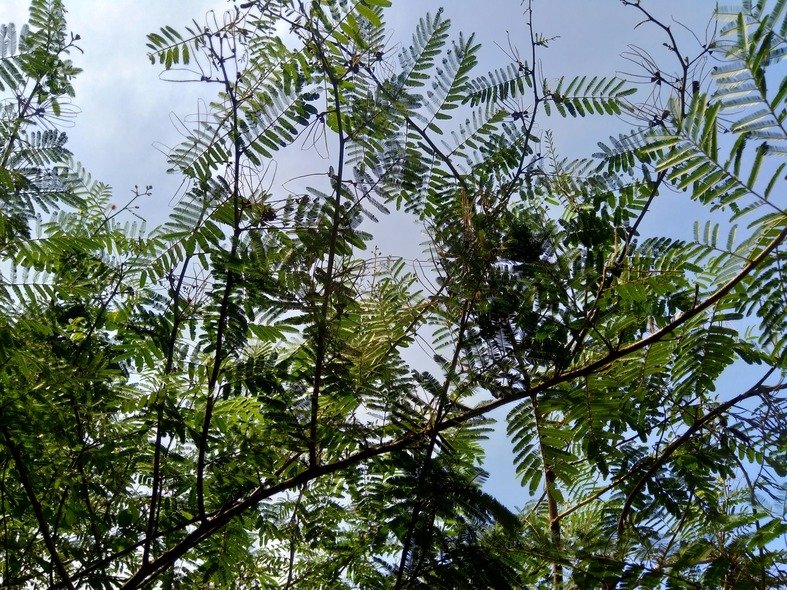 There are some trees that are hard to tell apart from Tree Ferns. They often have leaves that look very similar to Fern leaves and can often be mixed up.

Some common ones that are easily mistaken for Ferns are:

What Large Tree Has Fern-Like Leaves?

Out of all the trees that can be mistaken for Ferns, the biggest is likely the Copper Pod Tree. They can live up to one hundred and fifty years and can reach 60 feet (18 m) tall over the course of their lifetime.

What Is a Tree That Looks Like a Fern With Pink Flowers?

Mimosa Trees have beautiful pink flowers that grow to look a lot like a pom-pom. They are also known as pink powder puff flowers. These flowers usually smell good and grow to be pretty long, at least an inch (2.5 cm) in length.

Tree Ferns and Fern-like Trees can often look similar, but they are very different. The easiest way to identify a Fern is by how it reproduces.

Trees, even if they look like Ferns, reproduce via seeds and flowers. However, Ferns, even those that look like trees, tend to only reproduce via spores located on the underside of the leaf.

This limits where they can grow. Though Ferns have been around since before the dinosaurs, they are very simple and have a limited range, whereas plants with flowers are usually able to adapt better to a variety of conditions.