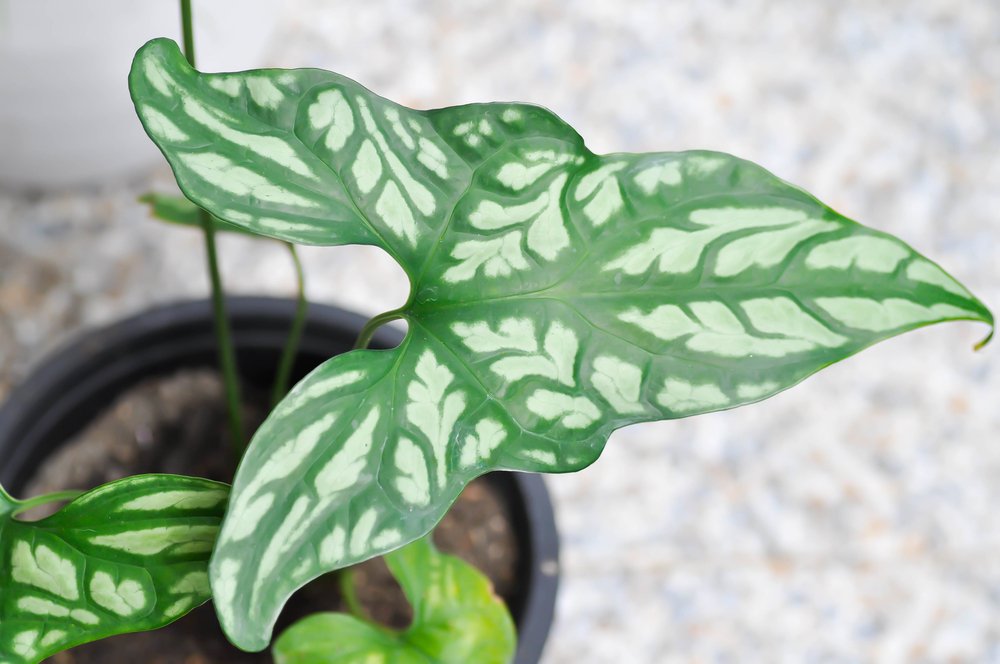 Cercestis Mirabilis is a very rare plant. It is not easily found in places like the United States and has to be imported most times. They are also expensive, with a single plant easily costing over $100.

For this reason, before getting one, you may want to ensure you understand how to take care of them. They will already be very stressed after being imported, so making sure you get their care correct right away is essential.

So how do you give them the proper care? Cercestis Mirabilis is a tropical plant that is similar and often confused with Philodendrons. Their care is very similar as well. If you have owned a Philodendron, Anthurium, Monstera, or Syngonium, you already know the basic requirements of water, humidity, light, soil, and fertilizer for a Cercestis Mirabilis.

Like other plants in the Araceae family, they tend to be climbers and epiphytes if given a chance. But, they can easily grow in a pot or outdoors with enough humidity, water, and sunlight.

Cercestis Mirabilis is part of the family Araceae and is an aroid. They are climbers that are native to the tropical regions of West Africa. It is one of the few aroids native to Africa and not places like South America or Asia. Their more common name is the African Embossed Plant.

While it isn’t a Philodendron, it is in the same family. It shares many characteristics with plants like Philodendron, Anthurium, Monstera, and Syngonium.

There are about ten species in the genus Cercestis, with Mirabilis being one of them.

The Cercestis Mirabilis is considered to be both rare and unusual. This plant starts with new leaves with a few dark green veins, and the remaining leaf is silvery-white, but the dark green takes over as the plant matures.

Additionally, though this is a climbing plant, they start with terrestrial vines as younger plants and only become climbing epiphytes as they grow older. Epiphytes grow entirely on other plants and collect their nutrients from the nutrients and water that surround the other plant. They are not parasitic, however.

The leaves are long and triangular but are very slow-growing. On average, they only produce two or three leaves a year. 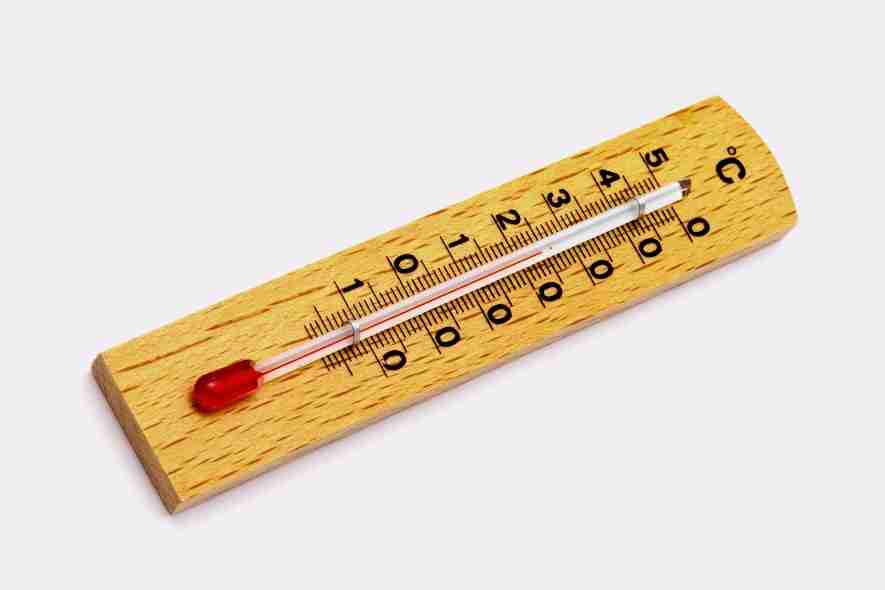 A significant requirement for Cercestis Mirabilis is temperature. Since they are tropical plants, they can’t handle a cold draft or consistently cool temperatures. Try to keep them in a place where the temperature stays a consistent 64 to 77°F (18 to 25°C). Fluctuations can harm the plant even if temperatures are in this range.

The other care requirement is fertilizer. Since Cercestis Mirabilis is a slow grower, they don’t need to be fertilized much. Usually, three times a year is plenty. You will want to make sure you use a slow-release and liquid fertilizer for the best results.

Since they are similar to other aroids, they can use a similar fertilizer. You can get a fertilizer specifically formulated for plants like Philodendron or just find one with a pretty even array of nitrogen, phosphorus, and potassium (NPK). Usually, you can use a 20-20-20 ratio.

What Is the Best Cercestis Mirabilis Soil Mix?

Since Cercestis Mirabilis isn’t a plant that tends to stay in the soil in its native environment, it can be hard to determine the best soil for them. Thankfully, many plant enthusiasts have worked hard to find a good mix of soil for these plants.

They prefer soil that allows them to stay moist but still drains well. This may sound a little complicated, but it is relatively easy. You can just combine any potting soil mix with a little perlite, moss, and coconut coir. The medium should feel a little chunky for good drainage.

If you are nervous about making your own, try to find something that is well-draining but moist. You usually want to avoid anything with a lot of sand, as that usually drains too much, and you don’t want anything with too much clay that will hold onto water.

Since Cercestis Mirabilis is naturally found in tropical conditions, they often appreciate humid environments. They can handle up to 90%, though they don’t like that for long periods. Usually, anywhere between 60% and 80% is ideal.

You can increase the humidity of your Cercestis Mirabilis by grouping it with other plants, misting it daily, using a pebble tray, or just getting a humidifier for the room it is in.

Can You Grow Mirabilis in Pots?

Mirabilis can be grown in pots, despite being epiphytes. Usually, you can place more than one plant into a pot as long as the pot is big enough. For example, you can place anywhere between two and five plants in a five-gallon pot.

They will usually be on the smaller size if grown in a pot rather than in a garden bed, but they are easy enough to keep in pots as long as you treat them right.

The most important thing is ensuring you have the right size pot for your Mirabilis. Too large of a pot, and your plant may get wet feet, which they do not like and which can cause root rot. While they don’t like having wet feet, they want their soil to be a little moist.

Is Mirabilis a Perennial?

Yes, Mirabilis is indeed a perennial. It is considered a perennial herb. They are slow-growing and take a while to grow to maturity. On average, it takes about five years for these plants to reach maturity and no longer be a juvenile.

It takes about seven years before they entirely lose all their juvenile coloring on their leaves. So while it may be disappointing that the silver color does fade, you have a long time to enjoy it.

They can usually spread out and grow anywhere between 3 and 33 feet (1 and 10 m) tall, though the plants may not grow to that height when kept in a pot indoors.

When Should You Plant Mirabilis? 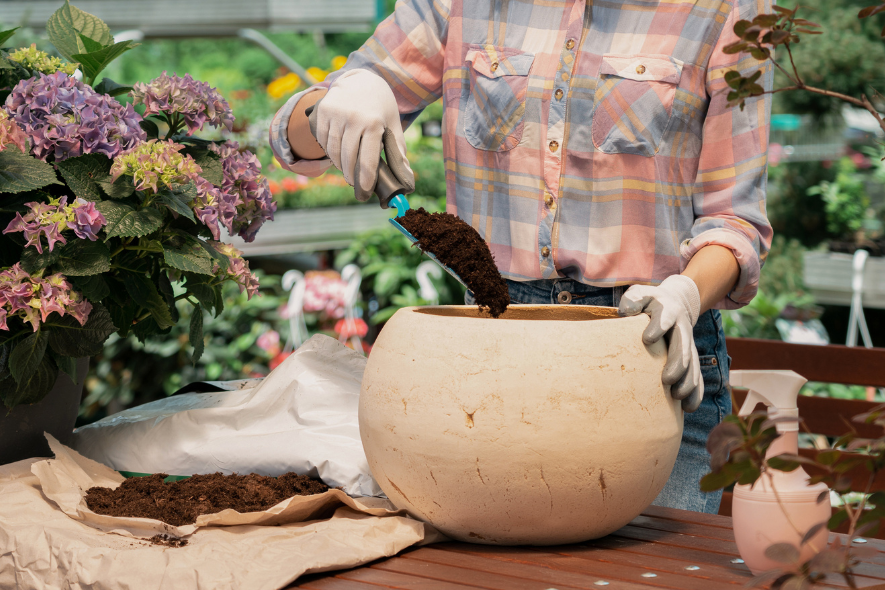 If you are planting Mirabilis indoors, you can plant them at any time of the year. Outside, it is probably best to plant them in spring but after the last freeze before they start growing.

They are tropical plants, so they usually prefer hot and humid conditions. If you meet these requirements in your yard, they can easily be planted outside, though you may want to be careful that they don’t cling onto all your other plants.

African Embossed Plants grow best in areas with medium to bright but indirect light. They can even handle low light very well. The important thing is that they don’t get direct light, which can scorch their leaves.

Since they don’t need a lot of light, they can be placed in any room, so long as they get a little light throughout the day.

Cercestis Mirabilis is a tropical plant that likes humidity between 60-80%, well-draining but moist soil, warm temperatures between 64 to 77°F (18 to 25°C), bright indirect sunlight, and periodic fertilizing.

Thankfully, they are similar to other plants in their family, like Philodendron, so as long as you already know how to care for those plants, you will find yourself starting on a good foot. From there, you can make minor adjustments.