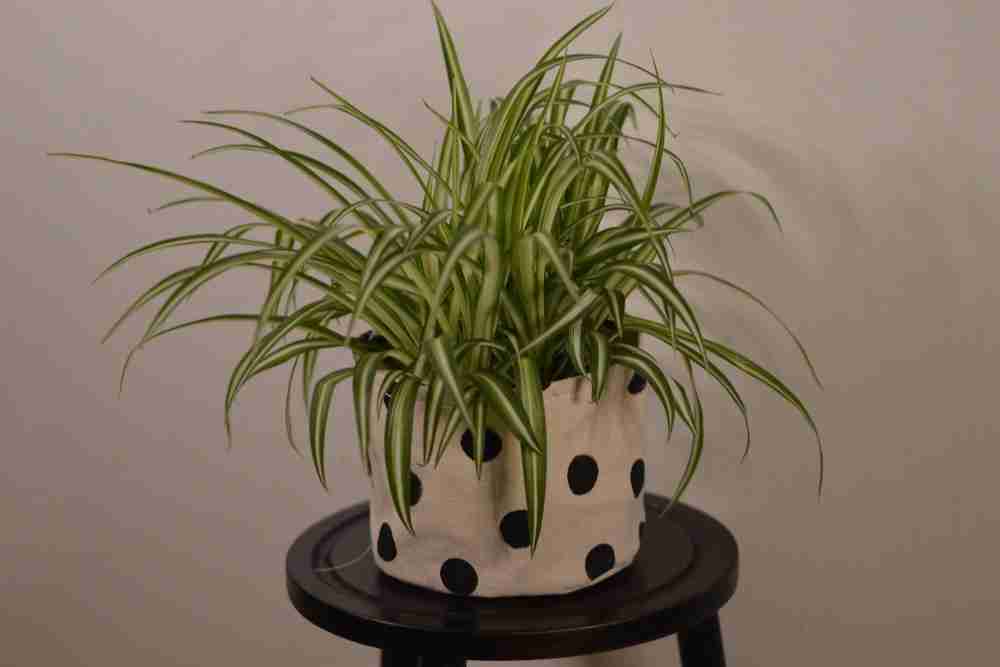 Spider Plants are very popular. They go by many names, including Airplane Plant, Ribbon Plant, and even Spider Ivy. They originate from South Africa and quickly became popular. While they are not show-stopping plants, they do possess an attractive appearance. However, what drew in people initially was NASA reporting how beneficial they are for air purifying and air cleaning.

There are over two hundred varieties of Spider Plants in the world. While there is only one common species, there are some that are still relatively common and loved by Spider Plant enthusiasts. Some very rare Spider Plant varieties are hard to get a hold of.

These are encompassed mainly by solid green Spider Plant varieties. The variegations grew incredibly popular, and now you can only find them in-store. One of the most common solid-colored Spider Plants hasn’t been sold since the 1970s in regular nurseries.

The most common Spider Plant is the common variegation that you find almost everywhere. It has green margins that blend into a creamy white center stripe.

How Many Types of Spider Plants Exist?

There are well over two hundred different varieties of Spider Plant. This may be surprising to those who have only ever seen the one common kind of Spider Plant with a creamy white center and green edges. While these are the most common varieties, they aren’t the only ones.

There are many different kinds of Spider Plants that all look slightly different from one another. Some have reversed variegation, where the cream is outside, and the green is in the center. Some are even solid green, and some have curled leaves.

What Are Some Spider Plant Varieties Names?

With over 200 varieties of Spider Plant, we can’t expect to name them all. However, some very common varieties are popular among Snake Plant enthusiasts. These are:

What Is the Most Common Spider Plant? 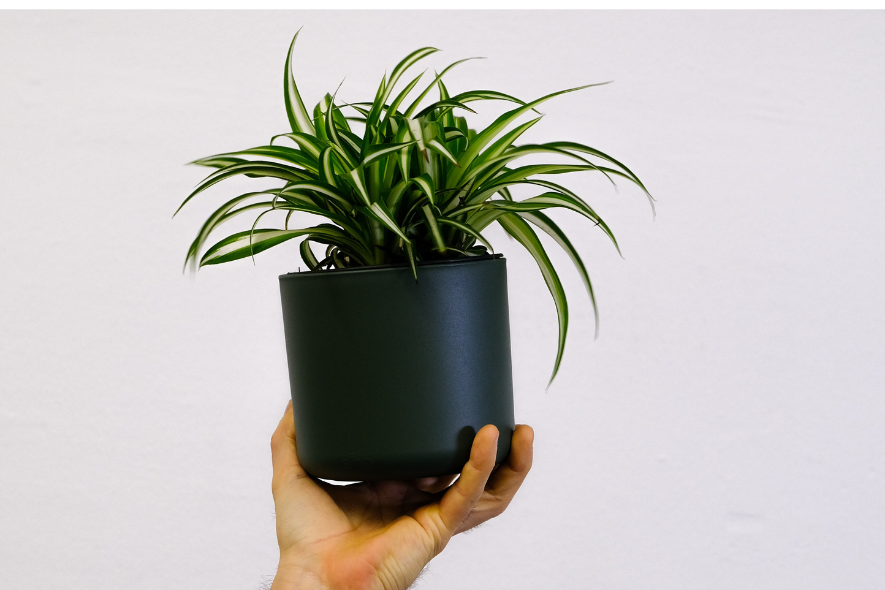 This is the Spider Plant with creamy centers and green around the margins. They usually grow straight down without any curling. The full name is Chlorophytum comosum variegatum. This Spider Plant is by far the most common.

It is very popular with beginning gardeners as they are easy to take care of. They don’t need much support or care and can handle some neglect. Even NASA uses these plants in space as they have a lot of air purifying and filtering abilities that make them excellent to keep indoors or in places with limited air.

Which Is the Best Spider Plant?

What Are Some Rare Spider Plant Varieties?

Unfortunately, these are also not a favorite among Spider Plant lovers. Though the color is striking, they are a lot more finicky to take care of and can easily struggle even when given plenty of care and attention.

What Is a Bonnie Spider Plant?

Bonnie is a variegated Spider Plant. However, what makes it unique is that the leaves don’t grow straight but curl. Unlike other varieties, it is pretty compact and doesn’t spread out as much as some other Spider Plants would.

These plants are also known as the Curly Spider Plant. Like other Spider Plants, it has green edges with a white stripe or two white stripes in the center. The plant has a rich green color, and there is often more green than white.

They don’t need too much care compared to other plants and make great plants to just have in an office or living room.

Is There a Purple Spider Plant?

If you look it up, there is a Purple Spider Plant. However, if you look at them, you may notice that they don’t look much like other Spider Plants. That’s because, despite the name, these are not Spider Plants. Instead, they are more like Spider Flowers.

Though the names are similar, they are very different plant species.

For the most part, there are only three colors that Spider Plants come in, and that is white, green, and cream. They usually have a mix of green with something else or are solid green.

Can You Plant Multiple Spider Plants Together?

As long as the types of Spider Plants have similar growing requirements, there is no harm in placing them together. So if you have multiple pups of the same variety, growing them together is no problem.

Spider Plants prefer to be crowded, so there is no harm in putting a couple together in the same pot. It can add some fun color combinations or unique designs that you might not be able to get otherwise.

The plants don’t all have to be the same age, either. If you get little Spider Plant pups, you can add them to the pot at any time and watch how they grow together. This can help your plant to look more full as well, where they might be lacking in growth on one side or the other.

Do All Spider Plants Have Babies? 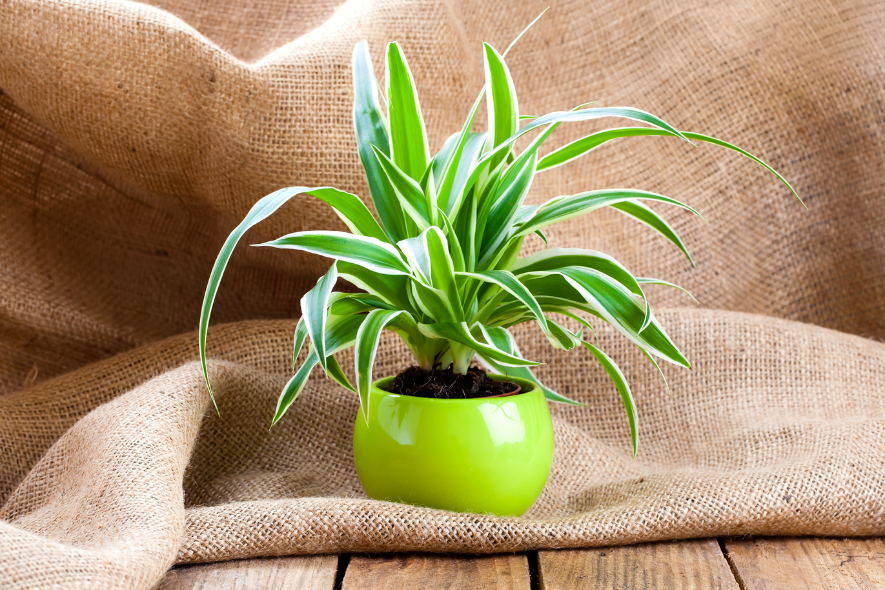 A few of the rare varieties cannot have babies. This is a common problem that sometimes comes with intense variegation. However, for the most part, your plant should produce new babies.

These babies are also known as pups, plantlets, offsets, and spiderettes. If your Spider Plant isn’t producing babies, there are several reasons. Since Spider Plants produce asexually, you don’t need any other plant, nor does it matter what ‘gender’ your plant is.

So if they aren’t producing, that can mean something is wrong. Usually, your Spider Plant needs enough space in its pot where the roots aren’t cramped. Additionally, you don’t want to overwater your plant, or you may get root rot.

Generally, the guideline is that if your Spider Plant isn’t growing pups, it is because something in their habitat isn’t to their liking. Sunlight, water, and lack of fertilizer can all be common issues.

Additionally, your pups may just be too young. There is no set age for Spider Plants to be able to produce or even a guideline to follow. Some say it happens in one or two years, while others say it can take many years and requires a lot of patience.

After your plant is two or three years old, you might want to start looking at its habitat conditions. Your Spider Plant should also start showing signs of stress if its habitat isn’t ideal, such as wilting, turning brown, and lack of growth. If you are seeing any of these signs and no pups, it means that something in your plant’s habitat is lacking.

Spider Plants are small and simple plants, but they have a lot of personalities. They are excellent hanging plants and perfect for beginners who just want a little plant to provide fresh air and a spot of green in their home.

Spider Plants, though popular, aren’t very flashy. They don’t come with a variety of different colors or flowers that call their attention. Instead, they are just simple. Their slight variegation can add a little change from green, but don’t expect them to be a show-stopper.