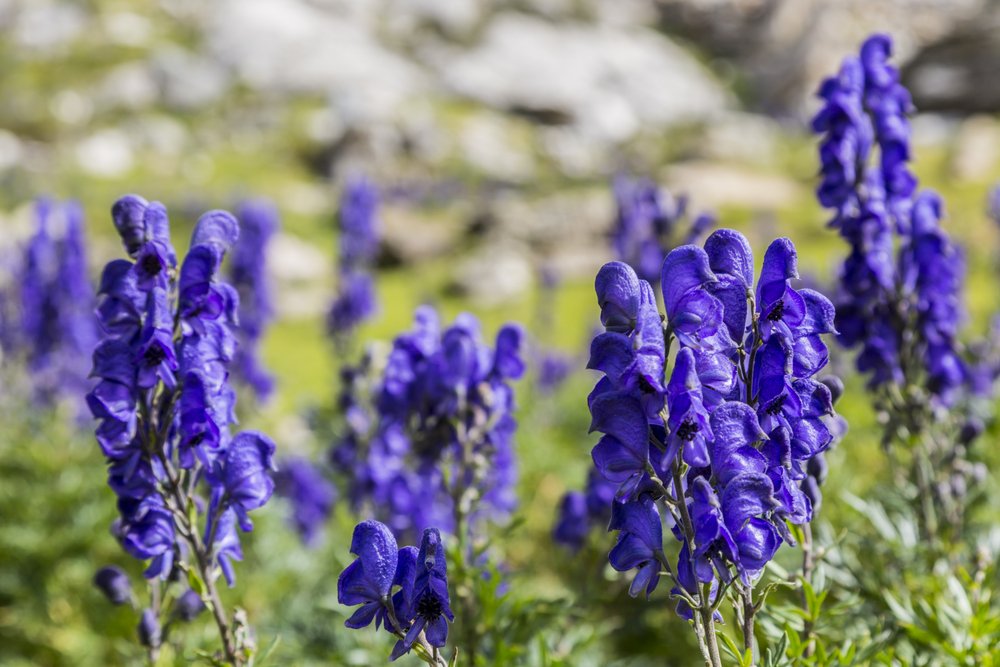 Monkshood is a tall herbaceous perennial with striking blue-purple flowers. But this plant has a dark side – it is highly poisonous and can have fatal consequences if ingested, so it can be useful to know how to get rid of Monkshood. Care must be taken during removal!

To get rid of Monkshood you must dig the whole plant up, wear gloves, avoid contact with skin, and compost the plant afterwards, ensuring you cover it with a thick layer of other garden waste.

Where is Monkshood Found?

Monkshood (Aconitum napellus) is recognizable by its flower spikes which contain helmet- or hood-shaped blooms with high-quality nectar and pollen, making them excellent for pollinators (especially bumblebees!).

Monkshood flowers in late summer and can be found growing naturally in high altitude wildflower meadows across the northern hemisphere. It is a popular border perennial, used commonly in herbaceous borders.

What Colors do Monkshood Come in? 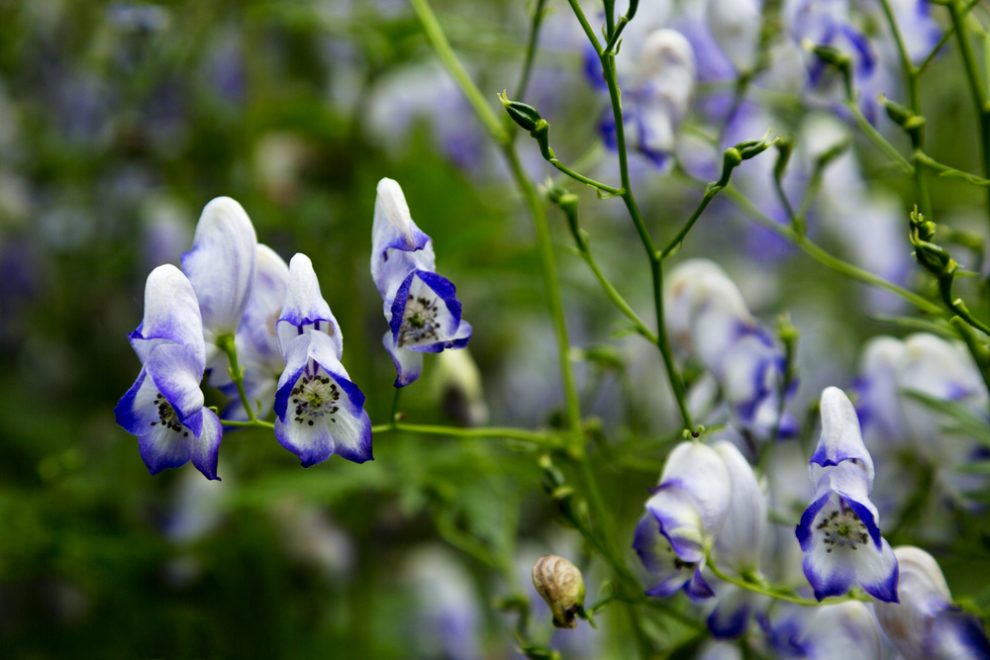 Monkshood flowers usually come in tones of blue through violet and lilac. Cultivars have been introduced with different colors though – I’ve seen Monkshood with stunning white and pink blooms.

In Europe and North America, Monkshood is a native species and not considered as invasive. However, it has been introduced to some areas of East Asia such as Japan, as well as Australia and New Zealand where it can displace native plants in some areas and is thus considered invasive. In Australia it is considered a risk for grazing livestock.

Is Monkshood Poisonous to Touch?

There’s a lot of bad press surrounding Monkshood, some of which is deserved. All parts of this plant are poisonous, containing toxins including aconitine which was previously used to poison the tips of arrows or spears in prehistoric times. This gave it another common name which may be familiar to Harry Potter fans – wolf’s bane.

Ingestion of Monkshood can be fatal, causing paralysis and cardiac arrest within minutes. So perhaps you’re wondering “what happens if I touch Monkshood?”. Although there is no solid evidence that it is fatal to touch, it is highly recommended to avoid skin contact with Monkshood.

Some people may have an adverse reaction, and the juices contained in the roots can induce numbness and tingling. Be especially careful not to touch it if you have cuts or open wounds on your hands.

Is Monkshood Poisonous to Dogs?

It’s understandable if you’re worried about your curious dogs (or small children) coming into contact with Monkshood. If you have any suspicion that your dog, cat, or child has eaten any part of the plant, treat this as an emergency situation and call veterinary or emergency services immediately.

How Much Monkshood is Fatal? 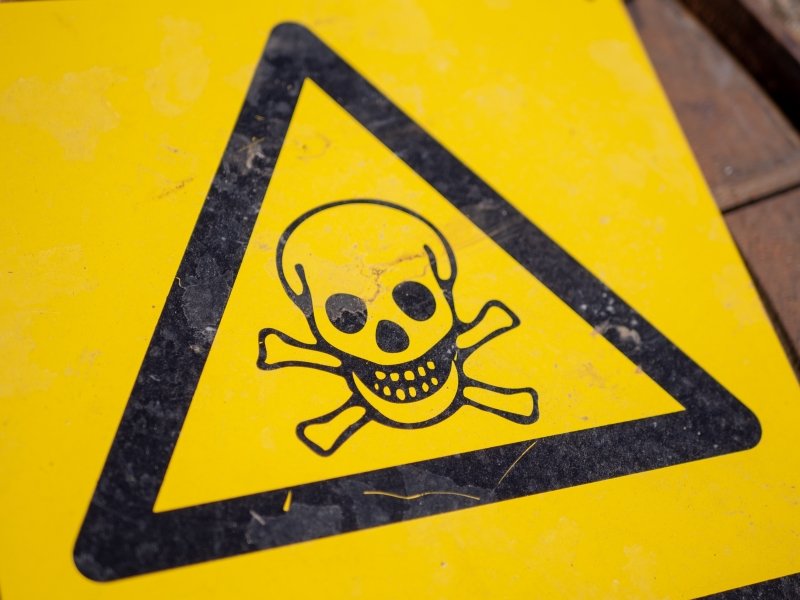 According to research focusing on the harmful effects of an aconitine overdose, death can occur within 4 hours of ingesting just 2 mg of aconitine.

How to Get Rid of Monkshood: a Step-by-Step Guide

Should I Get Rid of Monkshood?

It is perhaps a good first step to consider whether you definitely want to get rid of Monkshood before you get started! Yes, there have been some scary stories in the news, and poisoning through ingesting Monkshood is no joke.

A friend of mine bought a house with a garden border full of Monkshood. I asked her whether she was frightened of her adventurous 3-year-old son or unstoppably energetic springer spaniels getting hold of the poisonous plant.

She told me that teaching her children (and training her pups!) to respect plants and be fully aware of potential harm was akin to imprinting the golden rules “don’t talk to strangers” and “don’t eat food off the floor”. I have also heard of people safely fencing off Monkshood to protect garden explorers.

But if you have any concerns over the Monkshood in your garden causing harm, it is time to remove it!

How do you Handle Monkshood?

Whenever you touch Monkshood, whether digging it up or deadheading in fall, we recommend that you always wear gloves. Ideally thick or waterproof gloves remove the risk of juices seeping through to your hands. Elbow-length gloves are also recommended to prevent skin contact.

How to Get Rid of Monkshood

Step 1: Dig up the Entire Plant

First – equip yourself with gloves! Use a spade to dig a generous area around the roots of the offending plant, making sure you capture the entire root clump. Lever it out of the ground with a spade or fork, ideally in one go but don’t worry if you need to go back to collect the stray roots.

Step 2: Place on the Compost Heap 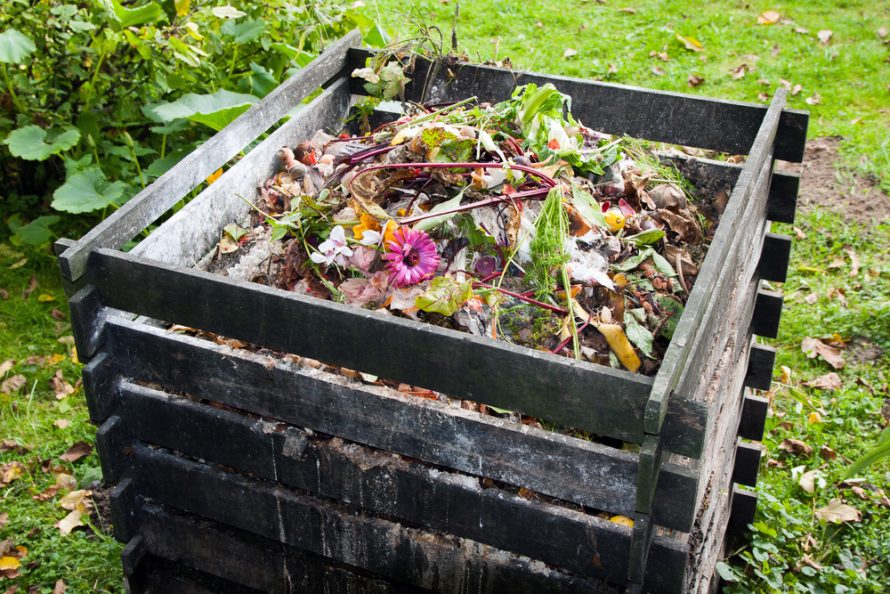 If you are wondering “can I compost Monkshood?”, the answer is a resounding yes! Take everything you have dug up and deposit it in your composting area. It can go in a compost bin if you have one or can be bagged up and taken to your local garden waste disposal facility. Monkshood composts well.

Step 3: Cover the Monkshood with Other Garden Waste

This applies if you have an open compost heap – the remains of the Monkshood should be covered safely with a layer of other garden waste if you are worried about curious pets or children coming across it.

Step 4: Keep an Eye on the Area You Removed the Monkshood From

If you have removed all the roots, it is unlikely the Monkshood will grow back. But it’s a good idea to keep an eye on the area it was growing in just in case it returns.

If the Monkshood returns next year, you may want to try herbicide. We recommend organic weed control as opposed to chemical herbicides which can have adverse environmental effects. Organic herbicides contain plant-derived concentrates and are pet- and child-friendly.

You can place a bag over the Monkshood and spray underneath to avoid accidentally killing any surrounding desirable flowers in your border. Make sure you follow the instructions on the herbicide packaging.

Getting rid of Monkshood is easy if you take the necessary precautions. Make sure you always wear gloves, avoid skin contact, and most importantly, avoid ingesting any parts of the plant!

Simply dig the Monkshood up, making sure you remove all the roots. Then, deposit it on the compost heap or dispose of it at a nearby garden waste facility. Remember where it was growing and check the area next year in case it pops back up. Then you can either dig up the remainder of the roots or apply an organic herbicide to make sure it goes away for good.