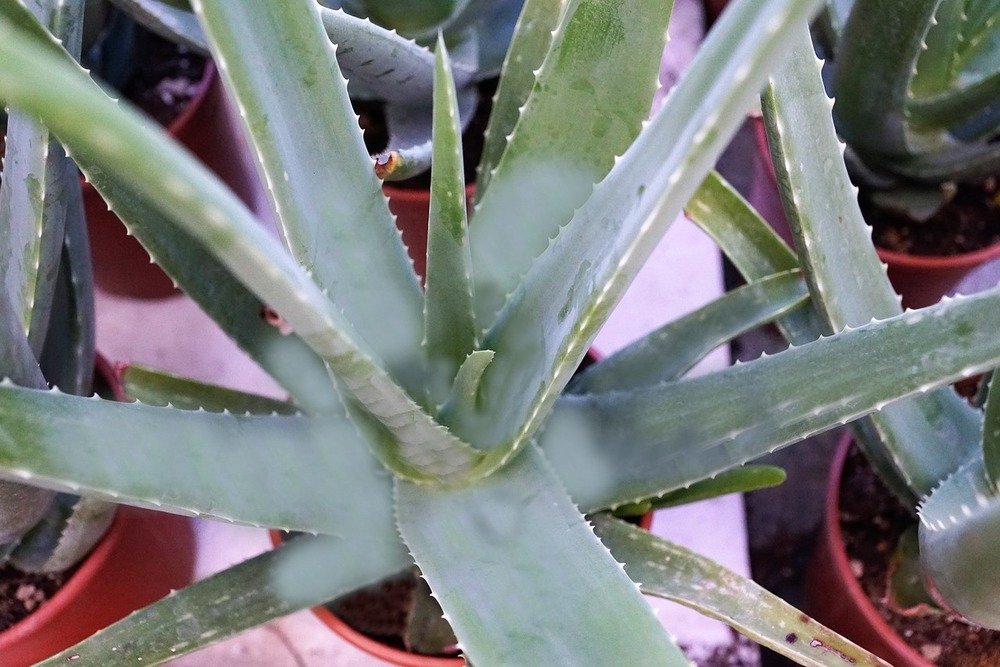 Plants are a bit of a mystery if you don’t have much experience with them. Even if you think you are doing everything right, you may find unusual spots or wilting leaves greeting you one morning.

It can be unnerving to start seeing signs of white fungus or fuzzy white mold on your plant. You may be wondering how to get rid of it and make sure it stays gone.

To rid your Aloe Vera of white fungus, the best option is to stop overwatering and transplant your plant into new soil. Using a fungicide during the moving process is an additional way to ensure that your plant doesn’t take the fungus spores with it.

What Are the White Fuzzy Spots on My Aloe Vera Plant? 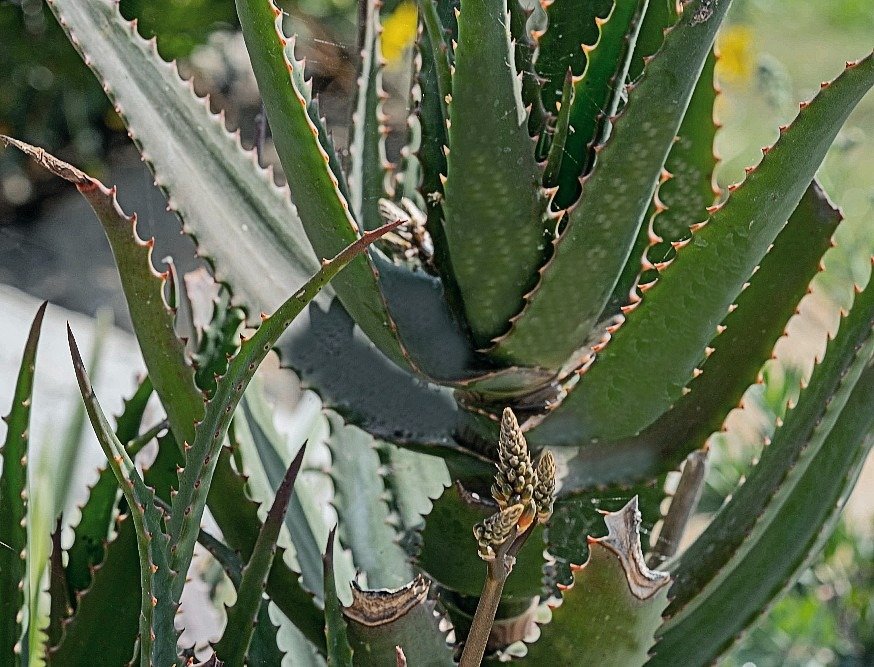 When you see white fuzzy spots on the leaves of your plants, this is normally a white mold. This mold is often caused by a fungus known as Podosphaera xanthii. It creates a white growth that looks fuzzy or powdery and tends to start on leaves but can quickly spread to cover the entire plant.

Fungus and mold often appear in humid environments, which means that white fungus is rare on Aloe Vera plants. However, there is a certain strain of fungus out there that goes after Aloe Plants.

This mold is known as Fusarium oxysporum and it can cause a variety of health issues for Aloe plants. It is worth noting that even though this fungus is commonly referred to as Aloe Vera White Fungus, not every Aloe plant is affected by it.

Also to note: while not technically a fungus, mealybugs are similar and can often be confused with it. So always be sure it is in fact a fungus that is affecting your plant before starting fungus-specific treatment.

Is White Mold Bad for Plants?

Though Podosphaera xanthii mold has a bad name, white mold isn’t necessarily bad for plants, even succulents. So if you notice a powdery white substance on your leaves, don’t be worried.

Some plant owners say that on certain plants that need a lot of humidity and water, white mold is just a fact of life. However, on plants like Aloe, which shouldn’t be very wet, it can be a sign that something about their habitat needs to be changed.

The Fusarium oxysporum is different. It poses a large health problem for Aloe Vera plants, and it is estimated that hundreds die every year from this fungus. This Aloe Vera White Fungus can move quickly, and cover your entire plant in no time.

Often, when this fungus begins to harm your plant, you will also notice yellowing of the leaves, curled leaves, water stress in the leaves and stems, and leaf loss. If left untreated, it could cause the eventual death of your Aloe Vera.

Mealybugs can also be harmful if that is what is on your plant. Often with mealybugs, you will see a white, powdery substance at the bottom of your plant. They will look small and fuzzy. They suck out the liquid of your plants and the nutrients, causing distortions, color changes, and lack of growth.

When it comes to mold, because it thrives in wet and humid environments, it is often caused due to the soil or the air being too moist. The water and nutrients that the plant can’t absorb or drain will sit in the soil, attracting fungus.

If you want to prevent any harm from white fungus, or just keep it off of your plant, the best solution is to make sure your plant isn’t receiving too much water.

Why Is My Aloe Vera Plant Growing Mold? 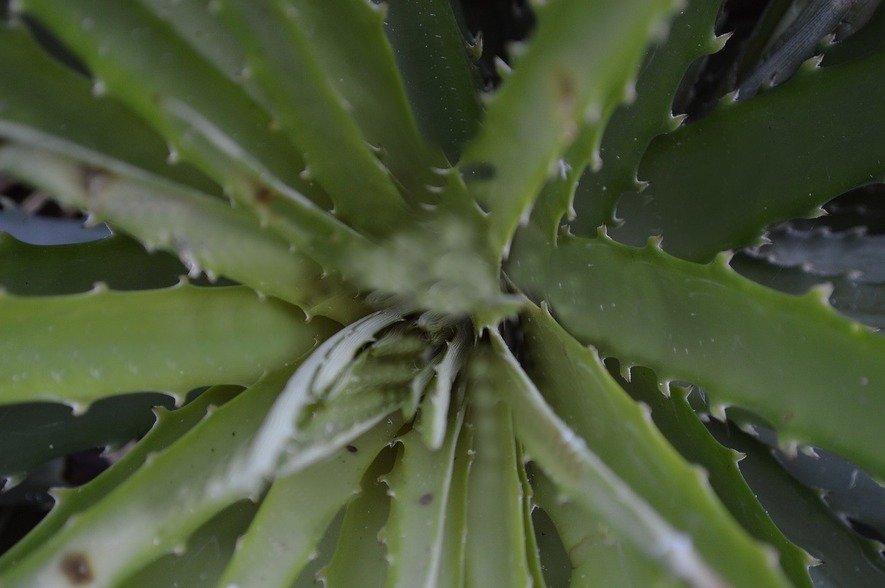 If you’ve had mold issues in the past but have been careful to reduce your watering, you might have assumed you were done with the fungus problem.

While altering moisture conditions usually does prevent the fungus from growing, it doesn’t actually get rid of the fungus. Instead, it just makes it dormant. So if and when moisture levels become tolerable for the fungus again, you may find that your plant starts growing those fuzzy white spots once more.

To prevent it from appearing again, you will have to make sure you fully eradicate the fungus and remove its desirable habitat.

How Do You Get Rid of Aloe Vera Fungus?

Getting rid of Aloe Vera fungus is fairly simple, though it does require a few extra steps. Instead of just decreasing watering, you will likely want to completely repot your plant in new soil and a new pot with better drainage.

Start by letting your plant dry out. This will make it easier to transplant the pot as the soil won’t be clinging to it.

While you are waiting for it to dry out, which could take up to a week depending on the weather in your area, start to identify where the fungus is growing. If there are traces on the leaves, it is a good idea to remove as many of these leaves as you can.

Start by dampening a paper towel. Rip off pieces big enough to cover all of the fungi on the leaf. Then break the leaf off. The damp paper towel helps to prevent any spores from the fungus from flying into the air when you are breaking off the leaf, which reduces the risk of reinfection.

If there are too many leaves that are covered in fungus, or if the stems of the plant have some too, a fungicide can be applied.

When the soil is fully dry, remove your plant from the soil. You will want to shake off as much loose soil as you can. There could easily be fungal spores in the soil as well, so you want to avoid transferring as much as possible.

Check your roots. The fungus can easily infect the roots, causing all sorts of problems such as root rot. If your roots, or some of the roots, are soft and squishy, it could be a good sign that root rot has taken a hold of some of your roots. With something sterilized, you will want to trim off the soft, brown-looking roots.

Once everything looks good, it is time to get a new pot. We recommend using fungicide on your new pot and spraying it on your roots. This can help kill anything that might be trying to transfer over with your plant.

Place the Aloe in the new pot with new soil and you are ready to go. Water your plant lightly so that it can adjust to its new habitat.

Can You Save a Rotting Aloe Vera Plant? 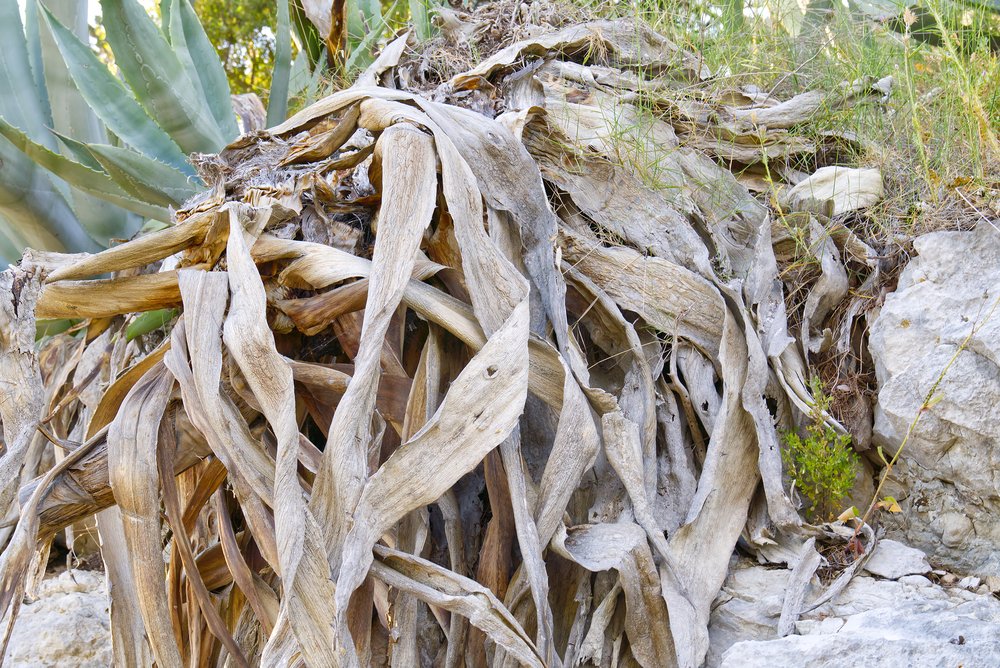 Repotting your Aloe Vera plant is the best thing you can do to save it from a fungal infection. This gives you the chance to check on and trim up any harmed roots, and to move your plant into a bigger pot with a more effective drainage system.

Letting your Aloe Vera’s soil dry before watering again is another option, though it might not be as effective if you don’t cut out the damaged roots as well.

Now that you understand how simple it is to remove white fungus from Aloe Vera plants, you don’t have to be so worried. With enough observation of your Aloe Vera over time, you will start to notice the signs of mold early on, allowing you to act quickly to reduce watering.

Consider a full replant so you can nip the fungal infection in the bud as soon as possible. By taking precautions such as using a sterilized cutting tool and wet paper towels to reduce spores spreading via the air, you are more than ready to take on fungus. Also, consider applying fungicide to your plant’s roots and to your new pot to ensure the fungus doesn’t transfer.

Once you apply these steps, your Aloe Vera plant will be back in shape in no time!