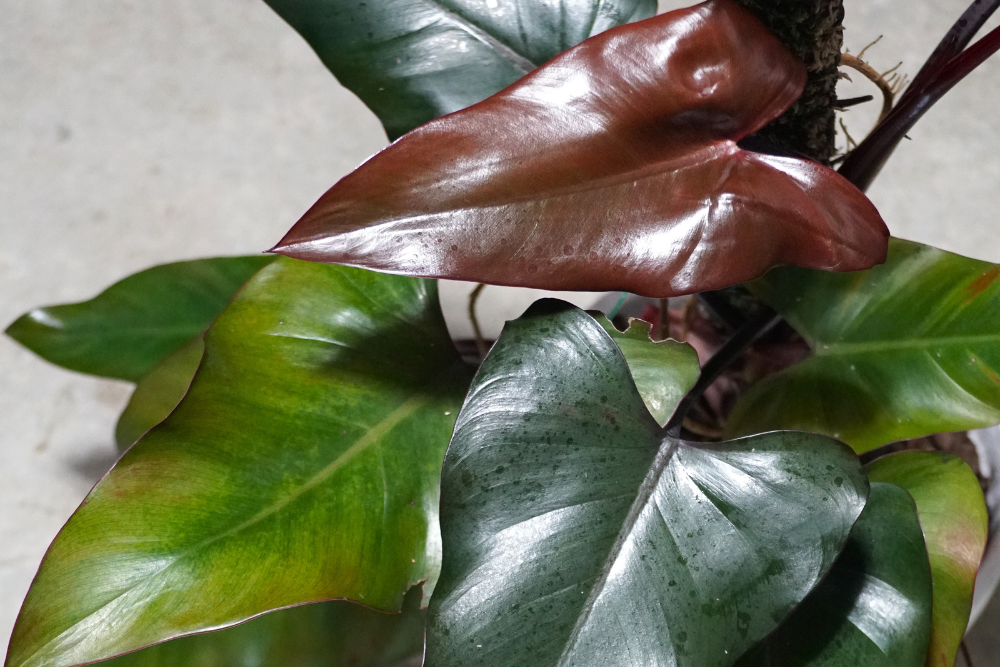 There are hundreds of Philodendron species out there, and some are so similar that even the most dedicated plant enthusiasts struggle to tell them apart.

When it comes to dark-leaf varieties of Philodendron, the differences can get even more minor, and that is definitely the case with the Philodendron Majesty and Dark Lord varieties.

It isn’t easy to tell some Philodendrons apart, and when you get into dark-leaf Philodendrons, it gets even harder. Both the Philodendron Majesty and Philodendron Dark Lord have dark leaves and it can be confusing to identify which is which.

While the differences are minor, there are enough variances that you should be able to tell these two plants apart.

How Do You Identify a Dark Lord Philodendron?

A Dark Lord Philodendron generally has bright red stems. They are also large, with a diameter of one or two inches (2.5 to 5 cm). The leaves are longer and have a shiny look to them. They also are dark and look more purple-green than full green. Sometimes, they can even have more of a black hue.

However, that isn’t how the leaves look when they are just budding. They start out orange, then red, and then finally transition to the dark green-purple. Underneath, they are actually a deep maroon color as well, creating a beautiful contrast.

How to Identify Philodendron Dark Lord vs Black Cardinal? 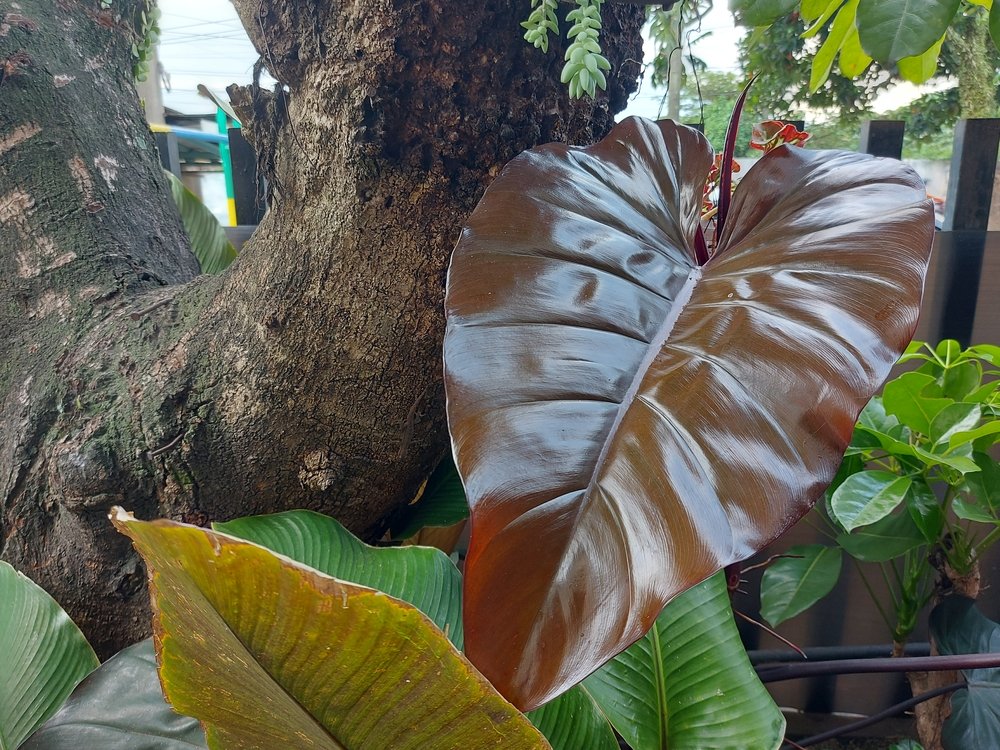 The Philodendron Dark Lord is a vining plant, whereas the Cardinal is not. This is one of the easiest ways to tell them apart, though unfortunately, you won’t be able to see this difference until they are a bit older and bigger.

Since the Dark Lord plant tends to vine, this also means that it is usually a lot bigger as a plant. The Black Cardinal tends to stay a little more compact and smaller in size.

The other difference is the leaves. Though the Dark Lord and Black Cardinal are both technically dark-leaf plants, the Dark Lord has much blacker leaves, and the leaves end in a pointed tip.

How to Identify Dark Lord vs Black Knight Philodendron?

Where the Dark Lord has narrow and pointy leaves, the Black Knight’s leaves are a little more heart-shaped, meaning they are a bit wider and shorter.

The leaves are pretty similar in color, though, both varieties have leaves with a dark green hue that is almost black or a dark burgundy. The Dark Lord tends to have darker leaves.

With new leaf growth as well, there are certain distinctions between the two. The Black Knight has leaves that are dark green and burgundy when they are new, similar to when they are mature, though they do grow darker with age.

New growth is consequently a great way to tell them apart, as a Dark Lord variety tends to have much flashier new growth that is typically red and orange.

The stems are also a dark green-black in the Black Knight variety, whereas Dark Lord stems are bright red.

The Philodendron Dark Lord is considered a rare species, and their rareness has only increased due to higher and higher demand. While they aren’t incredibly expensive, you may have to be patient and join a waitlist before you can get one.

How Do You Identify a Philodendron Majesty?

The Philodendron Majesty is a hybrid, with one of the parent plants being a Red Majesty.

Like the Dark Lord Philodendron, it is a dark leaf variety, which is why they can easily get confused. The leaves are long and narrow, and they can easily get anywhere between 8 and 18 inches (20 to 46 cm) in length and 3 to 4 inches (7 to 10 cm) in width. Leaves usually start out as dark green, and slowly change to a dark maroon, though the amount of light the plant gets can change their looks a little.

The leaves are very shiny. Due to this shininess mixed with the red undertone, they are often described as being copper.

How to Identify Philodendron Majesty vs Black Cardinal?

This is the best way to tell the difference between them. Otherwise, it is just minimal differences between color and size that make it difficult to tell them apart.

Usually, the Black Cardinal starts off more burgundy than maroon. It tends to be in the middle range in terms of size, usually averaging about 1 foot (30 cm) in length. This falls within the range of the Majesty’s typical length.

Width, however, is a good way to tell them apart. Though the Black Cardinal can be a little shorter than the Majesty, they are much wider, able to grow as wide as 8 inches (20 cm), compared to the Majesty’s 3 to 4 inches (7 to 10 cm).

How to Identify Black Majesty vs Bloody Mary? 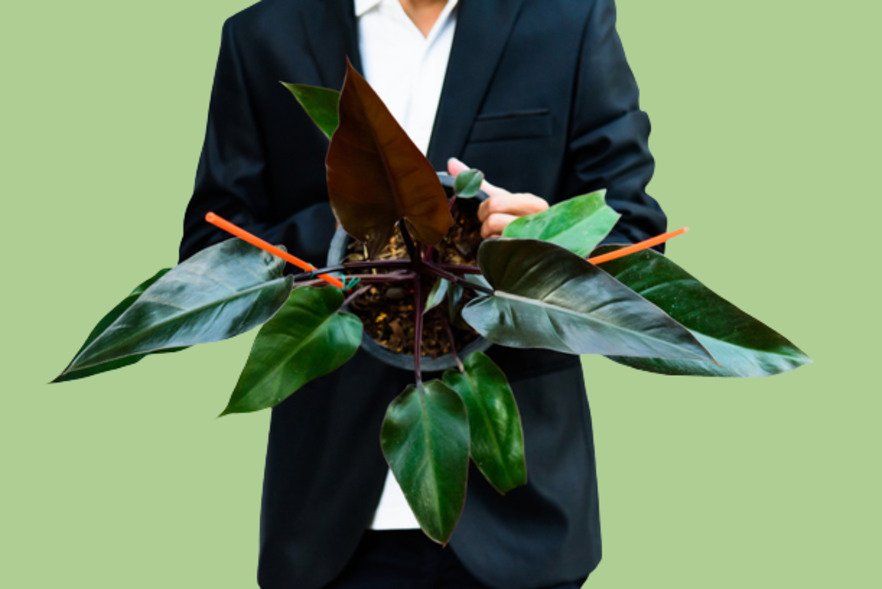 There is a lot of debate about this one. Most people don’t see a difference when they look at the two and have decided that they are the same plant.

However, other plant enthusiasts rely on the stems as a way to tell them apart. The Philodendron Majesty, also known as the Black Majesty, and the Bloody Mary are both climbing species, which means that they aren’t as easy to differentiate as the Black Cardinal.

Also, some people feel like they can tell the difference between the leaves. The Majesty usually has leaves that are blacker than their stems. Meanwhile, the Bloody Mary’s leaves sometimes display a rusty color.

Since it is a hybrid and not found naturally in the wild, it is considered fairly rare. There is also a high demand for them, as they are one of the rare few plants with dark colored leaves.

The Majesty is actually considered one of the rarest of all Philodendron plants. While it isn’t rare enough to jump up prices crazy high, or to make it impossible to get, they certainly aren’t a variety you will find in every plant store, and you may only have success sourcing them online.

Now you should understand the differences between the Philodendron Majesty and the Philodendron Dark Lord. A lot depends on what growth stage they are in. These hybrids are often so similar that even experts and Philodendron enthusiasts have a hard time telling them apart.

But as they grow and produce more leaves, you should be able to identify which is which based on the color of their stems and new growth. The Philodendron Majesty has green to purple new growth and darker red stems and the Philodendron Dark Lord has new growth that starts orange and red with bright red stems.

Both of these Philodendrons are quite rare so best to keep an eye out if you wish to enjoy them in your home or garden!