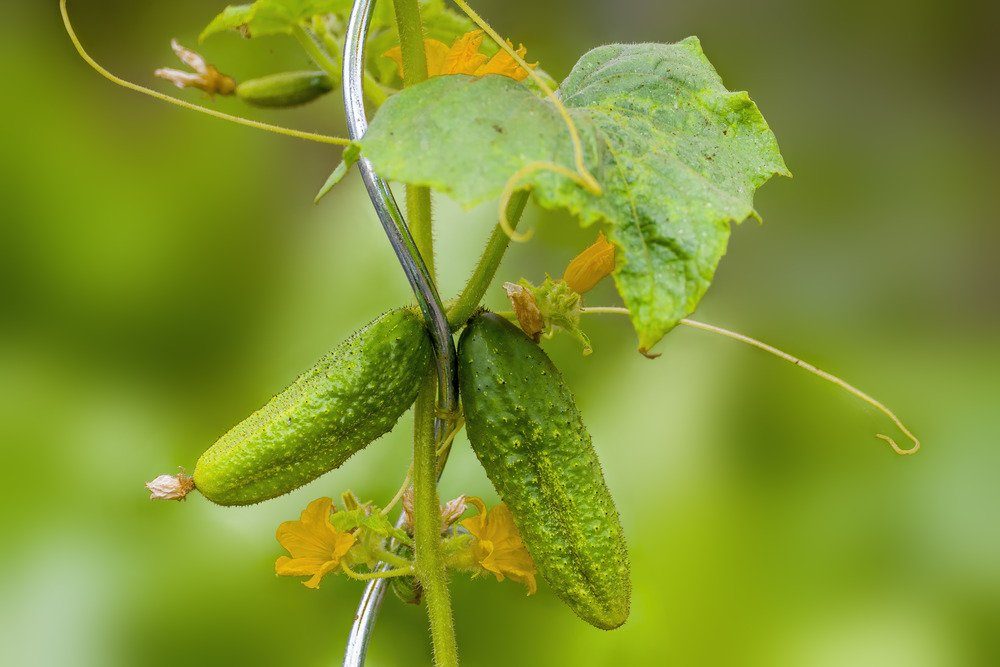 Do Cucumbers Have Male and Female Flowers?

Most varieties of Cucumber produce male and female flowers. The easiest way to tell them apart is by the presence of fruit. Male flowers do not produce fruit, whereas females have a visible fruit behind their flowers.

The male flower produces the pollen that helps develop the female’s fruit. Female flowers cannot self-pollinate. They need humans or pollinators like bees to move the pollen from the male flower.

How Do You Make More Female Flowers?

There are several reasons why your Cucumber plant may produce few female flowers. Temperature, fertilization, and pollination all play a part. Not enough females mean that your plant likely won’t produce Cucumbers.

Here are three ways to improve female flower production in your Cucumber plant.

Give Your Plant Shade

Cucumbers are a warm-season vegetable. A light frost will kill this plant, but it also doesn’t tolerate extreme heat. The optimal temperature for Cucumbers to grow is between 75-85°F (23-29°C).

If you’re finding a lack of female flowers, try giving your Cucumber plants shade to promote female flowering. You can do this by setting up a shade cloth over your garden. 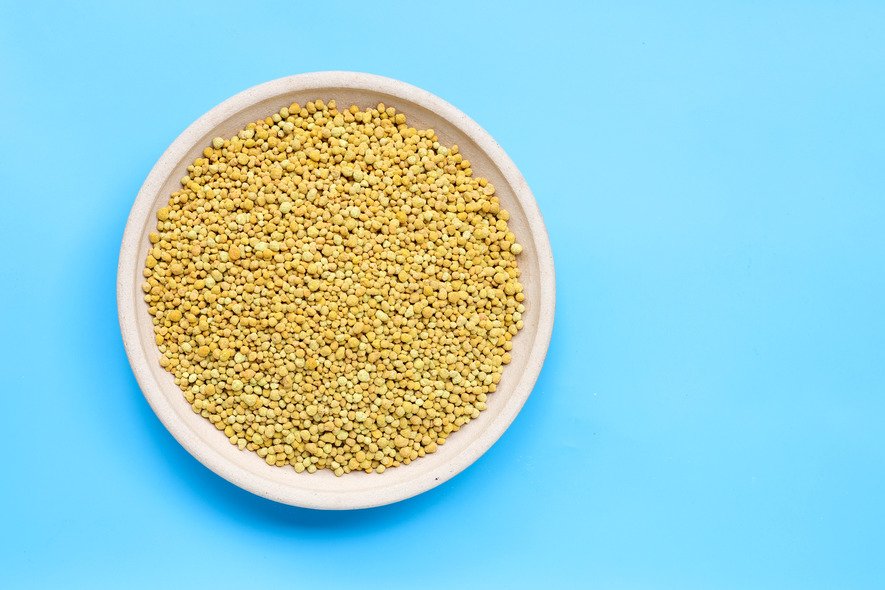 Fertilization is critical to the growth and health of Cucumber plants. Without fertilizer, your plant will lack the energy required to produce flowers. Cucumber plants need to be fertilized every 10 to 14 days.

There are three main varieties of Cucumber seeds available.

Parthenocarpic varieties do not require pollination to produce fruit. Because of this unique trait, these seeds are often very expensive.

Monoecious varieties of Cucumber produce male and female flowers. Generally, the first 10-20 flowers are male, and the females come later. And for every female, there are 10-20 males.

Should I Pick Off Male Cucumber Flowers?

If your Cucumber plant produces an abundance of male flowers, it may be tempting to pick them off. This practice isn’t necessary because a healthy plant will regulate the male flowers themselves.

Male flowers grow earlier in the season than female flowers. This is to ensure there is plenty of pollen when the female with fruit arrives. Naturally, many of these early male flowers will drop off long before a female flower grows. This way, the males can’t overwhelm the plant before the female flower has a chance to develop.

How Long Does It Take For Cucumbers to Produce Female Flowers?

Why Are My Female Cucumber Flowers Dying?

While it’s normal for male flowers to fall off your Cucumber plant, the females should not. If you notice female flowers dropping off your plant, there is a good chance something is preventing your flowers from pollinating.

Climate is often a factor in these situations. Too hot or too cold of temperatures will prevent pollinators from doing their job. Insecticide use will also deter pollinators like bees. Insecticides should only be used before or after the growing season to prevent killing off beneficial insects.

How Often Should Cucumbers Be Watered? 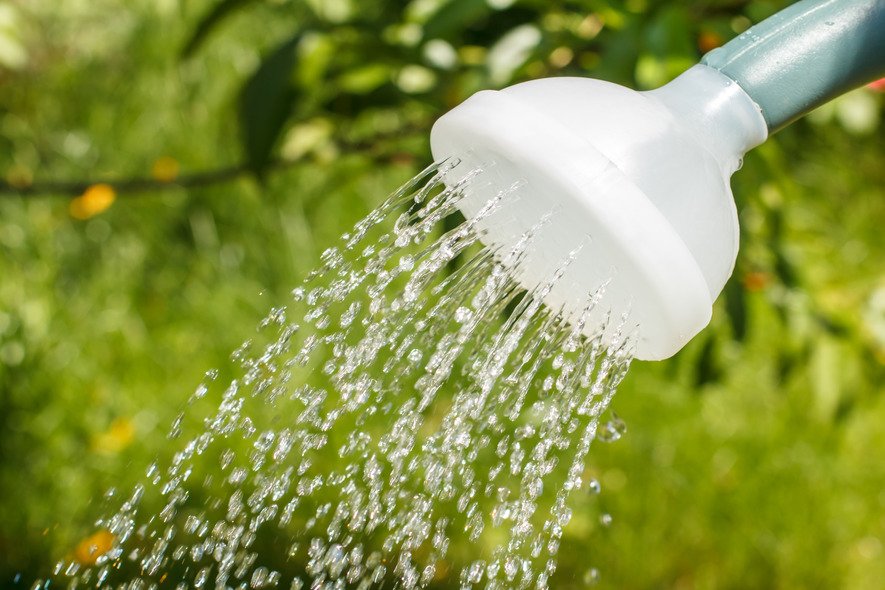 Cucumbers are fast-growing plants and thrive in warm temperatures. Due to this, they require frequent watering. Cucumbers in a garden bed can be watered deeply once a week. Increase this amount if the weather is very hot or dry.

It’s best to keep the foliage dry when you water your Cucumbers to prevent disease and pests. Use an irrigation system or water by hand at the base of the plant only.

Should You Prune Cucumber Plants?

Cucumbers come in bush or vine varieties. The vining varieties habitually get out of hand if they’re allowed to. Pruning will not only keep your plant a manageable size, but it can also promote more fruit growth.

A Cucumber plant produces vines from a single stem. These vines naturally want to grow upwards and outwards. Trimming away excess or unruly vines will help the plant refocus its energy into producing more growth.

Stay on top of pruning by watching for any new growth on the lower part of the stem and trimming it away. It would be best if you also pruned any dead or dying leaves, as they will take up energy that the plant could use elsewhere.

How Many Cucumbers Will One Plant Produce?

Once a Cucumber plant reaches maturity, the average harvest is between 10 and 15 Cucumbers. But there are a few ways you can improve this number!

A trellis will help your Cucumber plants grow upward and elevate them off the ground. This is a great way to reduce the number of pests that might snack on your vegetables. It also makes it easier to see when ripe fruit has grown so they don’t rot away on the vine. A trellised Cucumber plant has been shown to produce 2-3 times more vegetables than one that vines on the ground.

Keep in mind that Cucumbers are annuals. Once they have finished production, they will begin to die back and must be replanted again in the spring. The average lifespan of a Cucumber plant is around 70 days.

Cucumbers are not a difficult plant to care for, and they grow rapidly too! But if there’s a lack of female flowers, your plant naturally won’t produce many cucumbers.

A lack of female flowers is often due to a problem with your plant. When temperatures are too hot, female flowers won’t grow. If the plant hasn’t been fertilized, it won’t have enough energy to produce female flowers. Try giving your plant some shade and use a fertilizer higher in potassium and phosphorus.