They are in the same family, though, which explains their similarities, such as their large size, naturally cut leaves, and ability to vine. However, just because the Rhaphidophora Tetrasperma is a naturally vining plant, that doesn’t mean you can’t get one that is more willing to be bushy.

To get a bushy Rhaphidophora Tetrasperma, you must cut the stems and vines just above the node to promote growth into two branches in that area instead of just one.

Rhaphidophora Tetrasperma is a very fast-growing plant that easily grows several feet a year. Though after you prune your plant, it may be slow to produce new growth. People often report it taking upwards of three months before the plant will grow again from the cut spot.

Rhaphidophora Tetrasperma is not a plant that tends to branch. It is a vining plant that spreads out by climbing up plants. They like to climb up, and having thinner vines allows them to do that best.

It is easy enough to branch the vines. You must cut each vine you want to branch about ¼ inch (½ cm) above a node. Just pick the height you want, and cut above the nearest node.

How Can I Make My Plants Bushier? 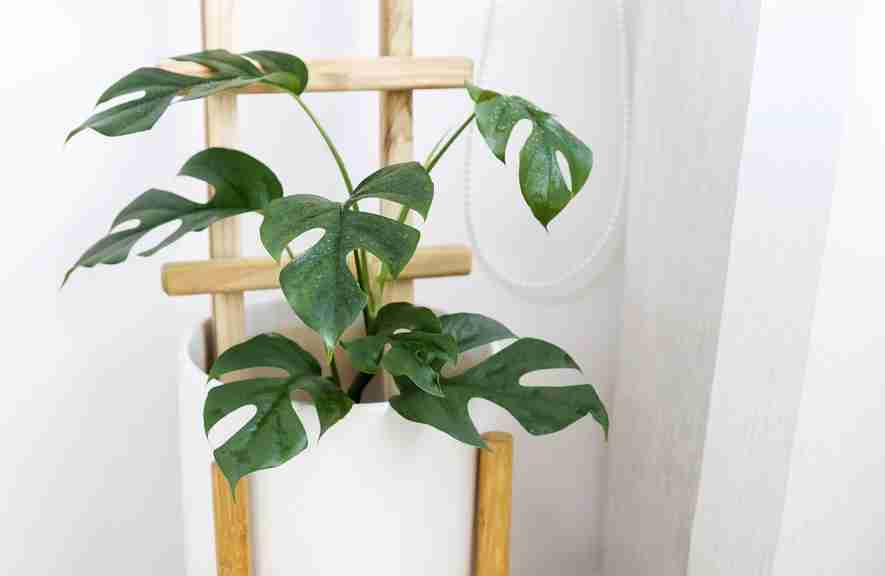 For any plant that can be made bushy, you do it relatively the same way. You either prune or pinch your plants to encourage new growth. It works the same way for Rhaphidophora Tetrasperma.

All you have to do is prune the vines by cutting just above a node where you want the branching to start. This serves two purposes. You get both a bushier Rhaphidophora Tetrasperma and you also get a vine to propagate.

To propagate, all you have to do is get a part of a vine with a leaf. Then you can have two, or more, Rhaphidophora Tetrasperma.

Usually, each place you cut gets two branches where you cut, so you can let it grow for a bit and then cut again to get even more branches and vines. You can also cut multiple branches at once to increase how bushy it is.

To get a properly bushy plant that you are happy with, you may need to prune several times, as one round won’t be enough to make the plant really bushy.

Where Do You Cut Tetrasperma?

If you are cutting to focus on propagation, many people say to be sure to include a node in your cutting. You cut about ¼ inch (½ cm) below the node and then plant in water or soil.

However, if you want to cut the plant for it to be bushier, you would cut ½ inch above the node instead of below it.

The reason is that the node is where most growth is based. So by including a node when trying to propagate, you encourage the roots to grow from the node. And by cutting above the node, you promote the plant to grow thicker and bushier.

Pruning the Tetrasperma works the same as pruning a Monstera or a Philodendron. If you are going to prune, you want to do it in the earlier spring before the plant starts growing. The first step is to make sure all of your tools are sterile.

This is to help reduce any chances of infecting or carrying infection from one plant to another. Pruning is beneficial for many reasons. While it can make your plant bushier, it also keeps your plant at the same height. Not everyone can handle a large plant, so pruning them yearly is a good idea if you want them to be a little smaller.

It also stops plants that are trying to grow leggy. By pruning them, you stop the rapid long growth and push them to slow down a little. To prune a Tetrasperma, you just have to cut the leaf stems off where they join the main stem. If the growth is new enough, you can also simply just pinch off the new growth.

Why Is My Rhaphidophora Tetrasperma Not Growing After Cutting? 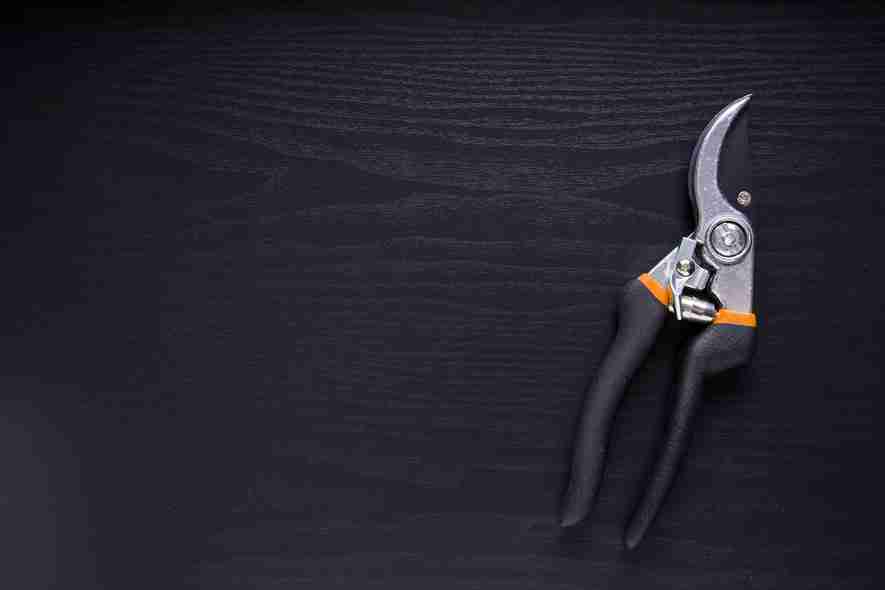 You can also try changing their environment. Rhaphidophora Tetrasperma needs warm, sunny areas with fairly high humidity. Their growth might be slowed or halted entirely if they aren’t getting the proper requirements.

Is Tetrasperma a Fast Grower?

Rhaphidophora Tetrasperma is considered a very fast grower. They can be repotted up to twice a year just due to how quickly they grow. However, each plant seems to grow a little differently. Some people report that their plant only grows about 2 inches (5 cm) a year, but others say that theirs grows as much as 6 feet (2 m) per year.

Giving them proper care and fertilizer helps them to grow throughout the year. Though they are often referred to as Mini Monstera, they are not that small. Even indoors, they can grow up to several feet high, managing to be even taller than people.

In the wild, they can easily reach 16 feet (5 m) in height on average. Indoors it is a little smaller, but not by much, reaching as high as 12 feet (3.5 m) indoors if given the space. This is why pruning can be so important. Otherwise, they may completely take over your home if you aren’t careful, leaving you no space for your other plants or yourself.

How Do You Encourage Tetrasperma to Grow?

If you want your Tetrasperma to grow as fast as possible throughout the year, fertilizer is the key. The best method is to fertilize every two weeks through spring and summer. You want one with a high amount of nitrogen, and slow release is considered the best option.

When it isn’t growing, you can stop the fertilizer entirely. Additionally, if you want your plant not to grow as fast, you can fertilize it about once every four months.

How Do You Make Rhaphidophora Tetrasperma Climb?

Tetrasperma is naturally inclined to climb. They don’t need much care or special treatment to start climbing. However, they do need something to climb upon.

Make sure your Tetrasperma has something they can use and has enough items and height to climb upon. You can use moss poles, coconut coir poles, trellis, stakes, bookshelves, ladders, or even some fun DIY shapes for your Tetrasperma to climb.

Rhaphidophora Tetrasperma is a large plant. While it can be fun to have a plant that grows throughout the whole room, many people don’t want that and prefer smaller and bushier plants. Thankfully, that doesn’t mean you have to eliminate this plant from your collection.

To get a bushy Rhaphidophora Tetrasperma, you must cut the stems and vines just above the node to promote growth into two branches in that area instead of just one. By pinching off new growth and cutting too-tall stems, you can grow a bushy plant that is more manageable to handle inside your home.

Don’t be alarmed if your Rhaphidophora Tetrasperma doesn’t grow back immediately after pruning as it can take up to three months to see new growth start again.