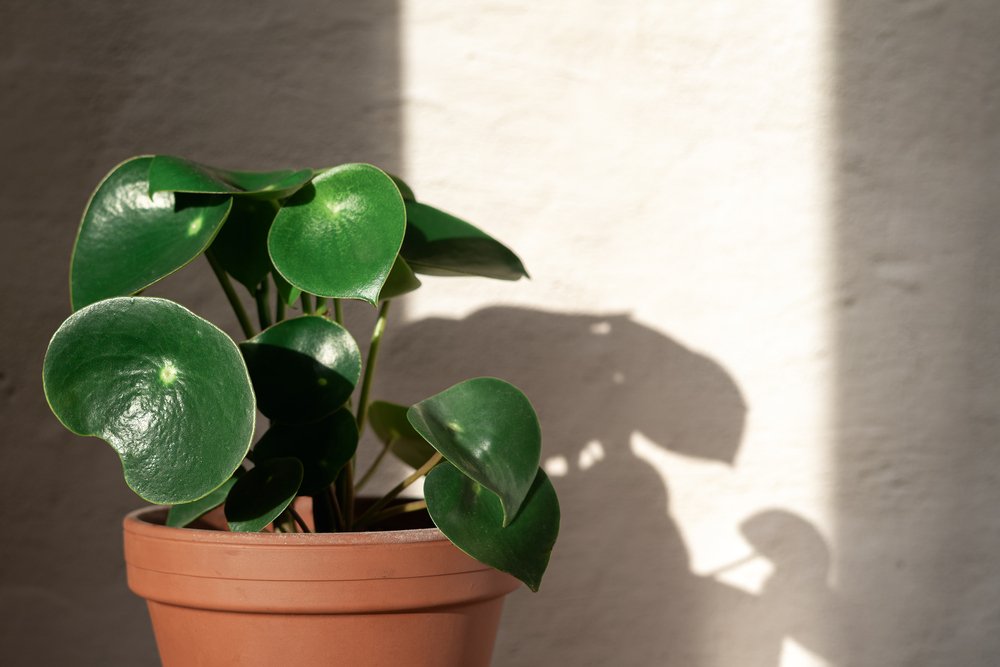 If you want to know more about Peperomias, as well as the steps to take to properly propagate a Raindrop Peperomia in water and soil, continue reading below. We discuss some of the common questions people have, including if this plant can be propagated in winter.

Can You Grow Peperomia in Water?

Raindrop Peperomia propagation in water is incredibly easy. In fact, it is considered one of the best and easiest plants to propagate in water.

Though these plants don’t do well in water as adults, placing a cutting in water to regrow roots is a great option. It is very important that as soon as the plant grows its roots, you move it to soil instead.

Propagating plants in water is nice because it allows you to more easily keep track of everything, including water quality, and to catch any issues like disease or rotting before it completely kills the plant. You can also clearly observe through the water how the roots are doing and if they are actually growing.

While soil works just as well for propagation, you are unable to keep an eye on the roots and look for signs of rot as easily.

How Do You Propagate Peperomia in Water? 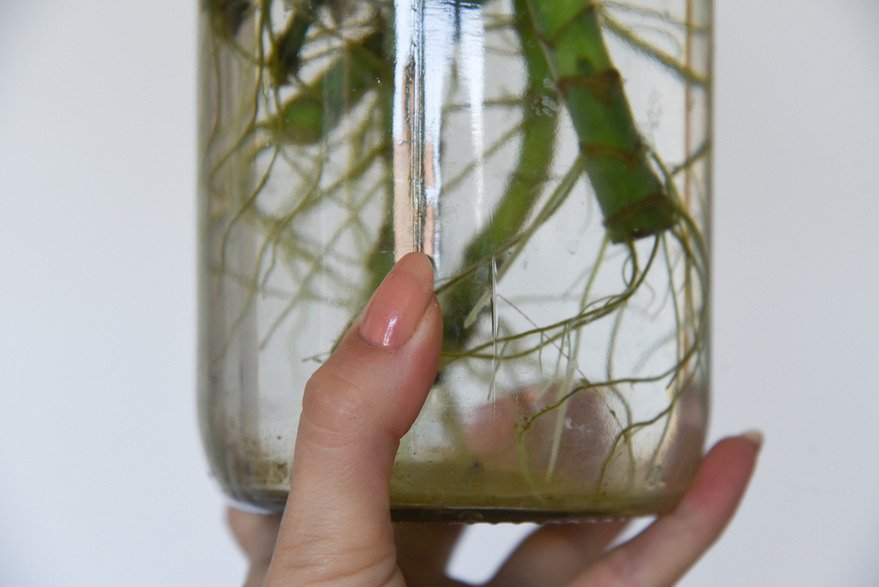 The first step to propagating Peperomia in water is to get all your tools together. You will need some basic tools, such as a bottle or vase for holding the water as well as a pair of scissors or shears to cut the plant with. The scissors should be sterilized so that the plants won’t be passed any bacteria that could cause an infection.

Once you have all of the components you need, it is time to start propagating. Generally, using a stem from the plant is best. Cut it off with that sterilized cutting tool, and then just place it into the water. Make sure that a section of the cutting, like a leaf or the top of the stem, is outside of the water.

You will also want to make sure you put it in the right way. The end you cut from should go into the water, as that is where the roots will grow from.

Then you just wait for the roots to develop. If the water starts to go green, you will want to change it. Additionally, make sure that the water hasn’t evaporated enough to cause the bottom of the plant to grow dry. You can top it off occasionally as needed.

How Long Does It Take for Peperomia to Root in Water?

It can take quite a while for the roots of a Peperomia to grow. Generally, six weeks is when you will start to see tiny roots forming in the water, so be patient with your plant.

Sometimes the process can be much faster or slower, depending on your plant, the climate, and the amount of energy your plant has stored. Most often though, you should expect it to take anywhere between two to six weeks.

Where Do You Cut Peperomia to Propagate?

The best place for cutting for propagation is at a stem. Generally, you want to cut a stem with at least four leaves, as this provides your plant with the most energy and the best chance of successful propagation.

You will want to cut somewhere under the oldest and lowest leaf, and then remove the bottom two leaves. This allows you to have several points roots can grow from, and more of the stem to place under the water.

Can You Propagate Peperomia in Winter? 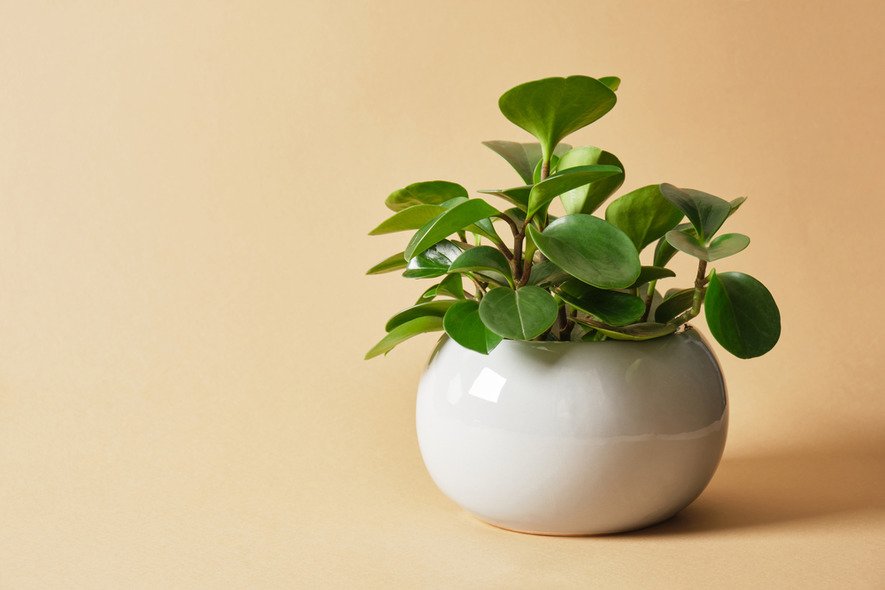 While it is best to propagate Peperomia in the springtime, it is possible to start propagating them in late fall or early winter. Due to less light and colder temperatures, it will take a lot longer for the roots to form than it would in spring and summer.

Also, you don’t want to let your plant get too cold. If the temperature drops where you live, consider turning up the heat in your home. Your plant should stay in the temperature range of 65 to 80°F (18 to 26°C).

Some people prefer to cut from plants while they are dormant, as the cutting won’t affect growth as much. Winter is also when many people cut back their plants before the next growing season, so it reduces the waste of stems that you would otherwise toss, and you may be able to get a new plant out of them.

How to Propagate Raindrop Peperomia From a Leaf?

While you cannot propagate a Raindrop Peperomia from a leaf, you can propagate other varieties of Peperomia from leaf cuttings. However, they don’t always do well in water. You generally want at least a stem and a leaf for best results in water.

In soil, leaves do much better, so if you want to propagate a leaf, we recommend doing it that way.

Propagating in soil is easy. Place the leaf in the soil so the cut is against the dirt. The leaf doesn’t have to go far into the dirt, usually only around half an inch (1 to 2 cm) deep. Just make sure that the soil is firm around the leaf so that it won’t fall out. Then, water the leaf and soil thoroughly and be patient.

For best results, some people recommend cutting the leaf in half along the width. This gives you two plants to propagate and a lot more space for the roots to grow from.

If you live in a drier climate, you may also want to cover the top of the pot with plastic wrap to trap in the humidity. Just remember to remove the covering for a little bit every day so that it has time to release any excess humidity. Usually, an hour or two is fine.

You’ll know when the plant is ready to be repotted if there are roots present and new leaves are trying to grow. 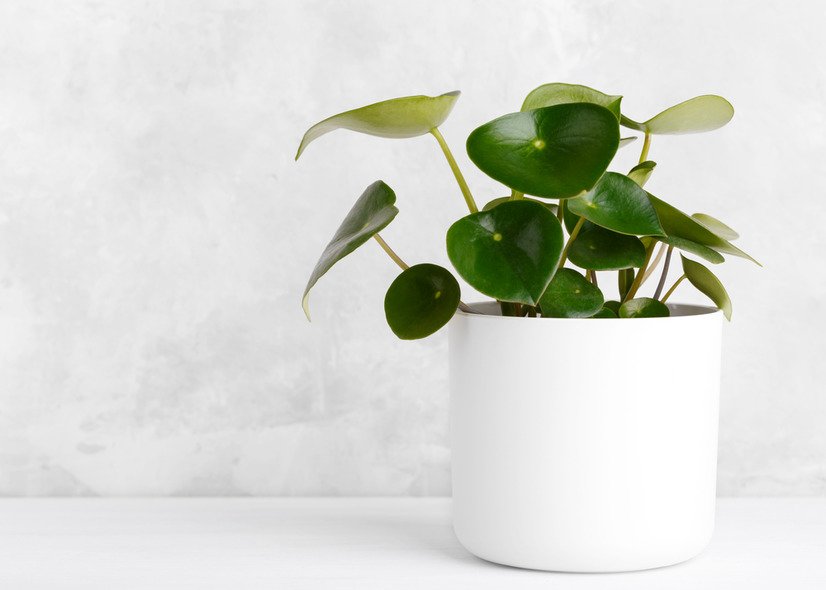 After you propagate your Raindrop Peperomia in water, make sure you keep it away from direct light. It wants bright light, but not direct light. Usually, near a window with a thin curtain over it is the best location.

You also want to change the water every few days. This will help to prevent the water from causing rot and will encourage the roots to grow and sprout.

Keep the propagating stem in the water until the roots are about 2 to 3 inches (5 to 7.5 cm) in length. Then you plant it in a pot and treat it as you normally would. The roots can come from any of the cuttings, from the bottom of the stem to the nodes where the leaves were cut off.

Raindrop Peperomias are one of the best plants to propagate in water. Despite their inability to be grown in water due to a high propensity to develop root rot, they do exceptionally well in water when trying to grow roots.

To propagate using this method, all you have to do is cut off a stem from the plant and place it in a jar of water. It will take about six weeks to grow roots, and then you will have the beginnings of another small Raindrop Peperomia to grow further in soil. Other varieties of Peperomia can be propagated using a leaf though the Raindrop Peperomia is not able to.

The Raindrop Peperomia is an attractive plant that will add a burst of green to any space or garden!