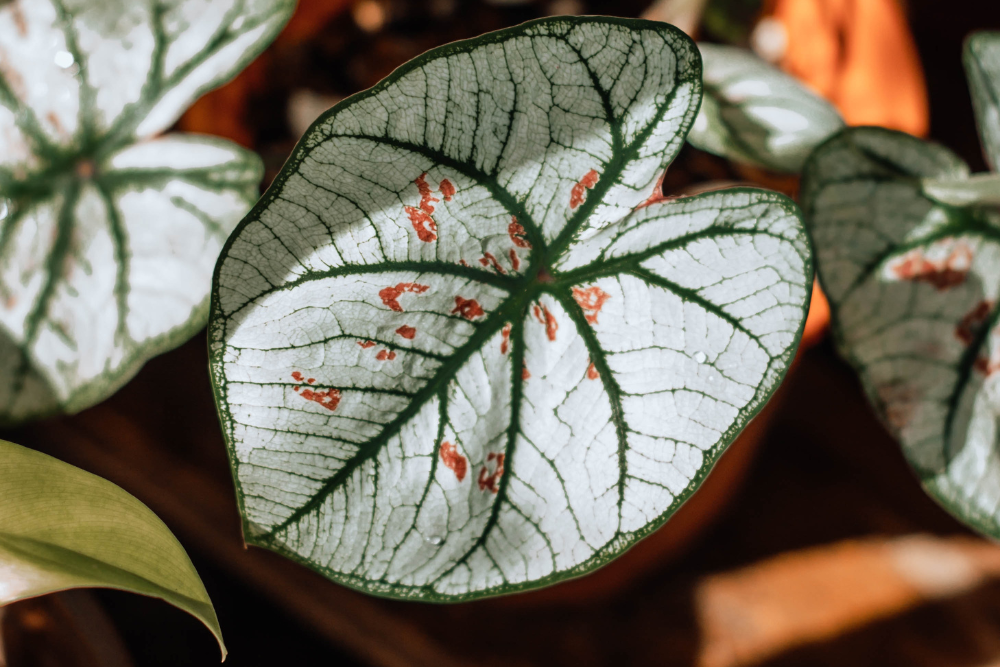 It can be shocking when your once-beautiful Caladium begins to die. You may think you are doing something right, only to realize that your plant isn’t recovering. So what are you doing wrong?

In truth, you may not be doing anything wrong. Caladiums are perennial plants with beautiful blooms during the summer but die off in the fall and come back year after year if properly cared for.

To revive a dying Caladium, you must water it once per week, ensure the temperature doesn’t fall below 65°F (18°C), and once the growing season is over, store the bulbs in a cool, dry place.

Repotting or fixing your Caladium’s environment may not be enough to solve the problem, especially if your plant appears to be dying in the middle of summer. Sometimes, they may not be getting enough water, it could be too cold, or they may be stressed after repotting.

What to Do With a Dying Caladium?

It might be normal if your Caladium seems to be dying, no matter the care you give them. Like many plants that grow from tubers or bulbs, Caladiums will die off and return to dormancy in their bulbs at the end of their growing season.

If your plant starts to die off once it gets cooler or near the middle to late fall, it may just be their normal behavior. Even with perfect care and ideal temperatures, a Caladium only has so much energy in its bulbs. When that energy is used up, the plant will become dormant again.

When this happens, you can simply store your Caladium in a cool and dry place. You want the temperature to be under 50°F (10°C).

Will Caladium Come Back? 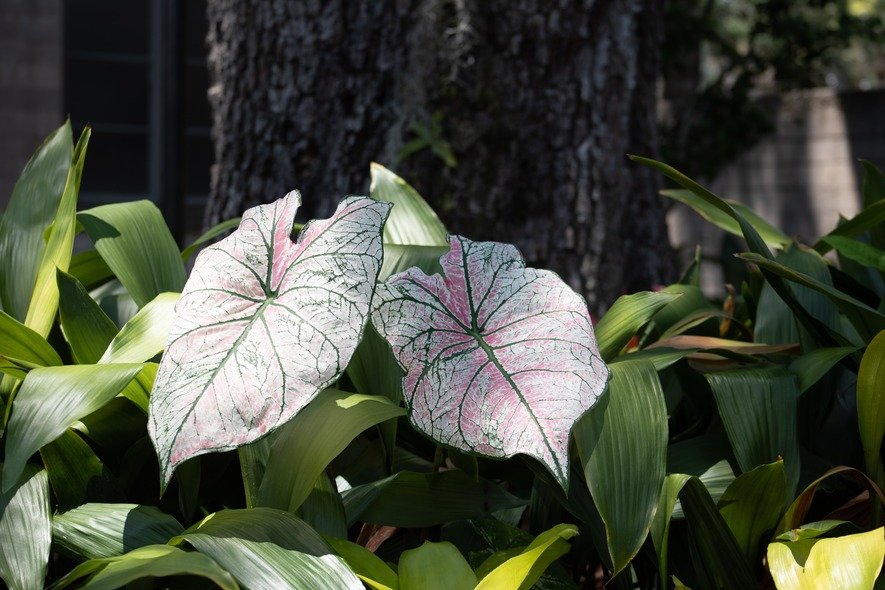 Despite this die-off at the end of the growing season, Caladiums are a perennial plant. This means that as long as the bulb doesn’t get damaged or broken, it can return year after year.

If you live in an area where the soil freezes and you’ve planted your Caladium outside, it is a good idea to dig up the bulb before the first freeze. If the bulb freezes, it may not be able to come back the following year.

How Do You Bring a Caladium Back to Life?

Once spring arrives and the temperatures climb above 65°F (18°C), you can bring your Caladium back to its regular spot. Give them a little water and ensure they get sunlight; though you don’t want to put them into direct sunlight, the emerging growth may burn.

Why Are My Caladium Stems Drooping?

If you notice that your Caladium has started drooping at the stems, there are usually two main reasons for this. The first is improper watering, and the second is temperatures that aren’t ideal. While these aren’t necessarily the only two reasons the leaves may be drooping, it is the most common.

When it comes to water levels, Caladiums want the soil to stay moist. Unlike other plants, they like staying a little moist between waterings. You want to ensure the soil is moist but never too wet. In general, once a week is plenty during the growing season.

In winter, once the leaves begin to wither, you generally don’t have to water your Caladium. If you are going to water, just twice until the leaves start to grow again is fine. Both overwatering and underwatering can cause your Caladium stems to droop.

Caladiums like warmer, more tropical weather. They don’t like temperatures much below 65°F (18°C). If it gets colder than that, or a cold breeze hits your plant, then you may see that your Caladium stems will start drooping.

If these issues don’t seem to be what is causing the leaves to droop, there are also problems like too much sunlight, a buildup of fertilizers, and the wrong potting mix.

Why Is My Caladium Dying After Repotting?

Repotting any plant can cause stress to the plant. Since your plant is stressed, you may start to see it wilt and turn brown on some of the leaves and stems. However, if it doesn’t bounce back after a few weeks, it may signal that your Caladium is dying after repotting.

So what causes your Caladium to die after repotting? Problems like insufficient water and damage to the roots during the move are the common causes.

Roots are a lot more fragile than you might expect. They can easily snap from being moved. The only time it is acceptable for roots to break is when your plant is very root bound. Breaking up the large clump of roots allows your plant to make more space and spread out. 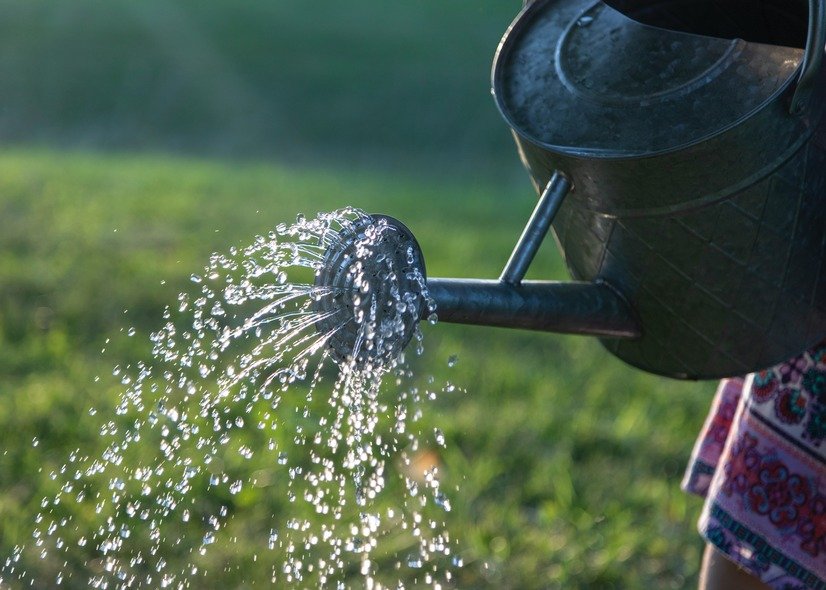 Before you start repotting a Caladium, you want to water it a day or two before. As long as you aren’t repotting to remove root rot, you should always water your plant before repotting. This helps the plant get ready and have the water it needs.

After repotting, you only want to water your plant lightly. This is because roots don’t quite work as well as they should after being repotted, so watering, as usual, can cause the roots to sit in overly wet soil and develop root rot.

Additionally, changing your plant’s habitat or environment too much can cause wilting and dying. When repotting your Caladium, don’t use new soil or place it in a new area. Doing this increases the stressors to your plant that it may not be able to recover from.

While Caladiums like the sun, too much can cause them to burn. Caladiums enjoy the early morning sun, as it isn’t as harsh. Usually, they can handle between two and four hours of direct morning sun, but they prefer shade for the rest of the day.

You can tell if your plant is getting too much sun because they will often start to burn. This means that parts of their leaves will turn brown, and holes may even begin to appear where the sun is strongest.

Some varieties are being bred now that can handle more direct sun for extended periods. They can handle full shade or sun without a problem. While they need more water, they don’t get the common burning on the leaves. These Caladiums often produce brighter foliage but are shorter than normal Caladiums.

How Often Should I Water Caladiums?

How often you water your Caladiums depends on a lot of factors. Your climate, humidity levels, temperature, and amount of sun your Caladium receives all factor into determining how often you have to water. Generally, though, about once a week is considered enough.

The best way to determine when it is time to water again is to do a soil test. You don’t want the soil to feel wet or spongy, just to start feeling close to dry. The soil should still be moist but not wet. To do a soil test, stick your finger or another small, long item into the soil 2 to 3 inches (5 to 8 cm) down. The soil should stick to the object but not feel soggy.

A moisture meter is another helpful tool. It can tell you exactly how damp the soil is and let you know at a glance when it is time to water again.

While it isn’t always common knowledge, it is normal to find your Caladium dying off every year, despite being well taken care of. As with most bulb and tuber plants, Caladiums can only grow for so long in a year before they die off and grow dormant in their bulb.

Caladiums are perennial plants with beautiful blooms and leaves during the summer but die off in the fall and come back year after year if properly cared for.

Thankfully, your Caladium can return in the spring as long as your plant is taken care of and is healthy. All you have to do is store your bulb in a cool, dry place for the winter.