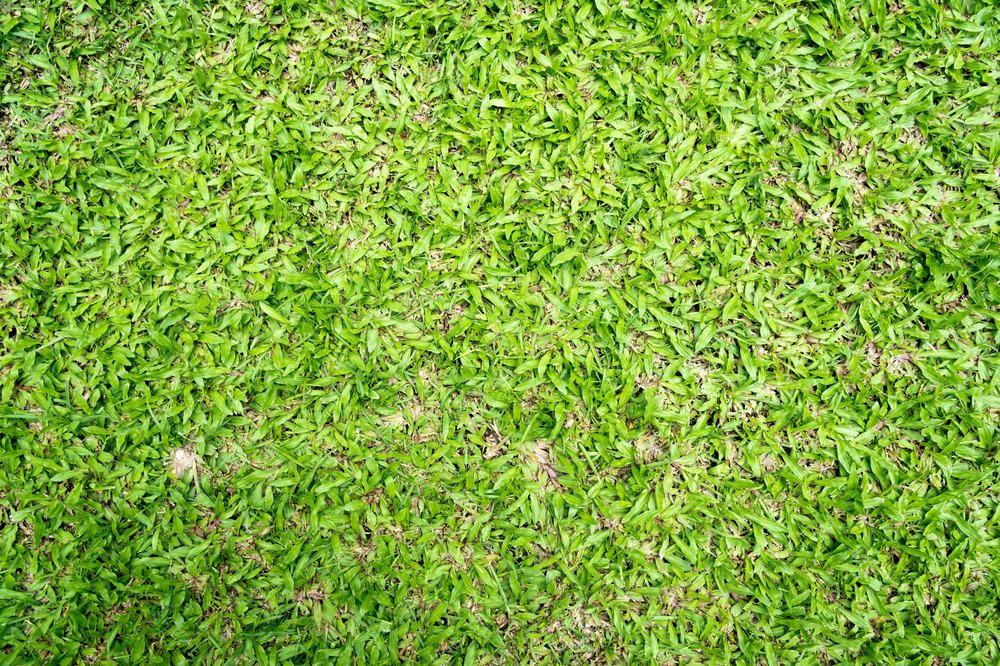 Grass, despite being most often used as a lawn decoration, has an essential purpose in the world’s ecosystem. It provides nutrients and food that many animals, both in captivity and in the wild, need to survive.

Grass is not a decomposer since it doesn’t break down dead matter and convert it into nutrients; instead, it is a producer as it gains energy primarily from the sun and soil that can then be transferred to the animals that eat it.

Many plants are considered producers, but they aren’t the only ones. There are producers you might not think about, such as algae, phytoplankton, and even moss. Decomposers are often fungi and insects, such as dung beetles, pillbugs, and millipedes.

If you are a little confused about the differences between producers, decomposers, and consumers, don’t worry, you aren’t alone. While some living things are solidly in one category, you may realize that not everything fits into one nice category, and things may blur the line.

Is Grass a Plant?

Grass is a plant that falls under the Poaceae family. It is an herbaceous plant with soft green stems instead of hard and woody ones. It is often used on lawns and around homes as ground cover.

Is Grass a Producer, Consumer, or Decomposer?

Grass is a producer. Producers are plants that produce energy for other living things that eat them. Though some confuse it as a decomposer, it doesn’t break down other plants and animals and release the energy and nutrients back into the soil.

Most, if not all, plants are considered producers. Another name for producers is autotrophs. Specifically, grass is considered a photoautotroph, as they take energy from the sun to make food.

There are chemoautotrophs, which are usually bacteria, that use chemical processes to make energy for themselves. These usually live in areas where there isn’t a lot of sun, such as deep in the ocean.

What Are Examples of Producers?

Any living thing that makes its own food without relying on another living thing for nutrients is considered a producer. Naturally, this means that most plants are producers. However, moss, algae, phytoplankton, and bacteria are all examples of producers.

Some producers that you may not think about are:

While you may be convinced that all plants are producers, that is not the case. Some plants get nutrients by trapping insects, such as venus flytraps, which make them secondary consumers.

Is a Tree a Producer? 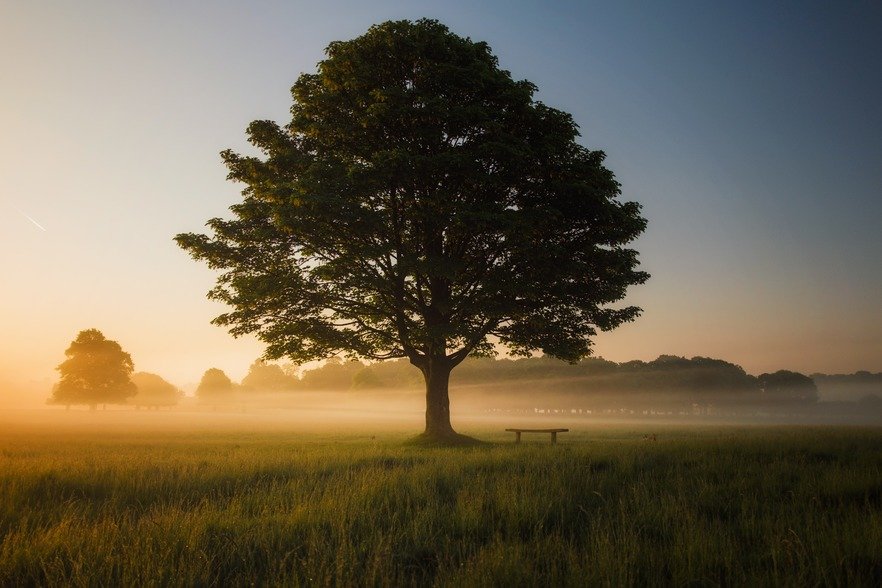 What Are Examples of Decomposers?

These items provide nutrients to the soil that many producers need to survive, such as nitrogen, phosphorus, and potassium, as well as many others.

Things like protozoa and bacteria are well-known decomposers, but that isn’t all. You also have fungus. Although mushrooms may look like plants, and you may assume they are producers, they are decomposers as they get their nutrients from dead and rotting material around them.

Finally, quite a few insects are decomposers. These are insects you would likely find in a garden, in or on the soil. Some examples are:

Another name for these insects and fungi is detritivores, which eat detritus to survive.  There are two different kinds of decomposers, which are scavengers and detritivores. Scavengers are animals like vultures, hyenas, raccoons, and condors.

What are Examples of Consumers?

The system is sometimes confusing, as there are three primary consumers before you get to an apex predator. These are primary, secondary, and tertiary.

As you can see, when it comes to breaking down the type of consumer you have, it can get pretty confusing. However, as long as you know they are consumers, you are usually okay.

Is Grass a Secondary Consumer?

Some plants are secondary consumers, though, so the thought isn’t as far-fetched as you might think.

What Type of Organism Is Grass?

Grass, like many other producers, is part of the kingdom of plants. It is under the Eukarya domain. This means it is a living thing similar to other plant-like living things, like trees, bushes, fruits, and more.

How Is Grass Part of the Food Chain? 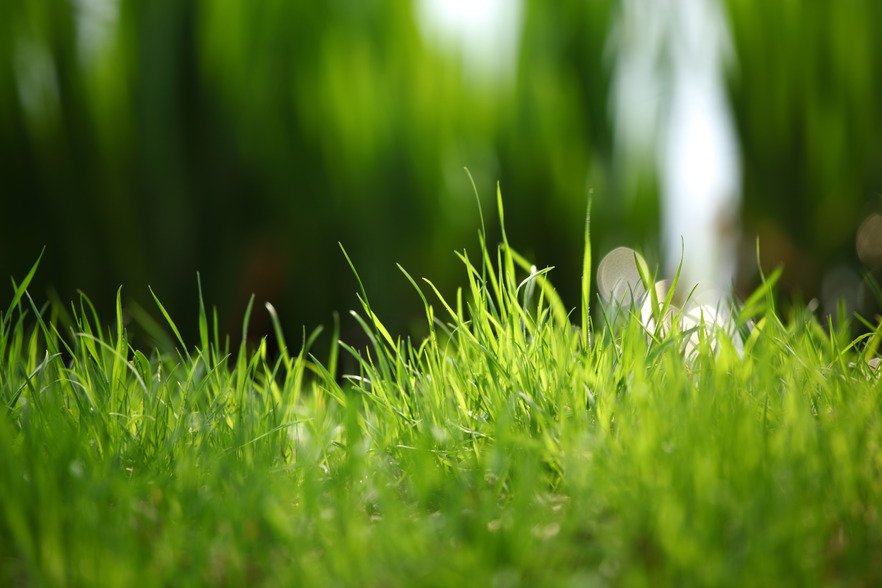 Food chains, despite the name, are more like circles. Although producers get their energy from the sun, they also require nutrients from the soil.

These nutrients come from the soil, which is provided by decomposers. The decomposers get their food and provide food for the producers by breaking down things that were living. Some of these things were producers, but others were consumers.

So as you can see, it is a circle of life. If you want to look at it simply, it is at the bottom of the food chain. Without producers, you wouldn’t have herbivores, which means you wouldn’t have predators. And there definitely would be far fewer insects.

Who Eats Grass in a Food Chain?

In the food chain, anything labeled as an herbivore likely eats grass. This includes cows, horses, goats, rabbits, insects, and more. These animals get their primary nutrients from the grass and turn them into energy. These are the animals that we most think of as eating grass and other producers.

It is important to note that not all herbivores eat grass. Some animals, like koalas and pandas, are specialized, so they can only eat a few different plant species.

Also, there aren’t many true, obligate carnivores. For example, despite eating mostly meat, wolves and dogs will eat plants when needed. For some, grass provides essential functions that aren’t necessarily nutrient-related. For example, dogs will eat grass when they are feeling sick, as it will help them throw up.

Now, there are some obligate carnivores. Cats and those in the cat family are good examples. However, there are also animals like crocodiles, most amphibians, lizards, minks, dolphins, sea lions, and hawks, to name a few. These are animals that eat only meat, which means they don’t often eat grass or other plants for nutritional reasons at all.

They may eat grass for other reasons, such as just to boost the taste and texture or to supplement vitamins they may need, like folic acid.

Grass is not a decomposer since it doesn’t break down dead matter and convert it into nutrients; instead, it is a producer as it gains energy primarily from the sun and soil that can then be transferred to the animals that eat it.

While grass is solidly a producer, not every living thing is so easy to identify. It involves understanding how that living thing works and where it gets its nutrients from. When it gets to consumers, it can be more confusing.

You may also assume that all plants are producers, but that isn’t the case. Some plants eat insects, such as a venus flytrap, making them secondary consumers. However, it is safe to say that every animal, plant, or anything that gets most of its energy from the sun or chemical processes is considered a producer.