The Russian Sage versus Lavender battle has been raging on for a long time, with neither side willing to give an inch.

On one side, you have Lavender, a well-known herbaceous flowering plant with white or purple blossoms and a sweet, faint scent.

On the other, you have Russian Sage: tall, aromatic, finely textured blue clouds of foliage with a slight purple hue.

Lavender and Russian Sage are both members of the mint family, so many people are familiar with the scent of either one. We’ll compare the two common greenery plants to see how they measure up.

Lavender (Lavandula) is one of the most famous traditional herbs in the world. Its woodsy fragrance is known to have soothing effects on the human mind.

Compared to the Russian Sage, the Lavender plant has a much wider range of species, including those that grow in French, English, and Spanish regions.

Lavender plants come in several varieties with blue, violet, or lilac colored blossoms on blunt spikes above the leaves, forming a whorl. There are usually 6-10 flowers per cluster around the stalk. 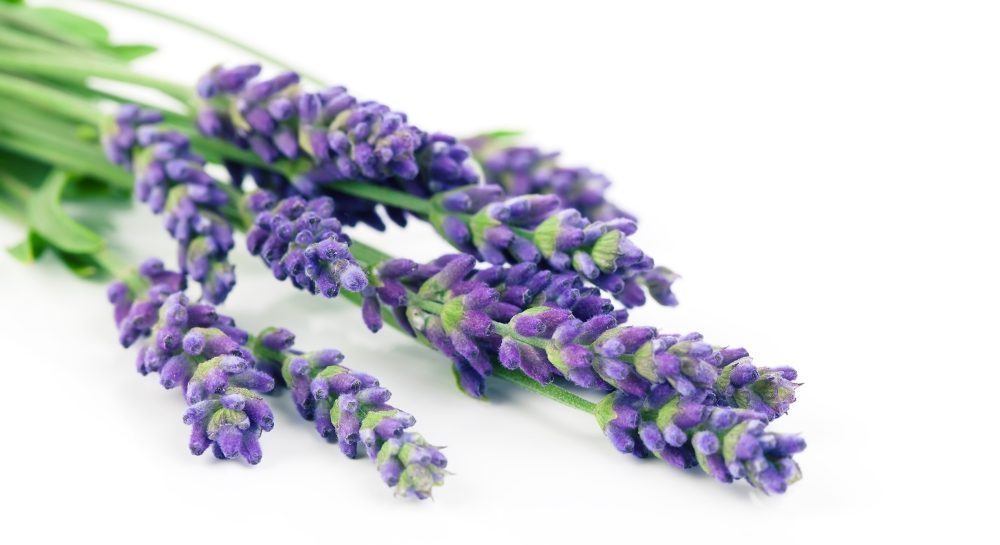 Plants thrive best under specific growing conditions, and the varieties you choose to cultivate will determine how much they thrive. For example, the Lavender plant is tolerant of many growing conditions but prefers warm, well-draining soil and full sunlight.

Lavender grows in low-to-moderately fertile soils. In an ideal soil, the mineral content is 45% sand, silt, and clay, 5% organic matter, and 50% pore space.

Lavender thrives in places with hot, dry summers and relatively cool winters, much like Russian Sage.

The plant grows at a moderate pace, often adding a few inches each year to its size.

Lavender makes an excellent companion plant for a variety of different plants in the garden, from roses to broccoli.

It is, however, essential to keep in mind that lavender can be toxic to animals like dogs and cats.

This perennial shrub will bloom throughout the summer attracting many pollinators.

Russian Sage has long terminal panicles of tiny, blue flowers with a hint of purple, on thin white stems, topped with finely-dissected, aromatic leaves. It is drought tolerant, just like Lavender. 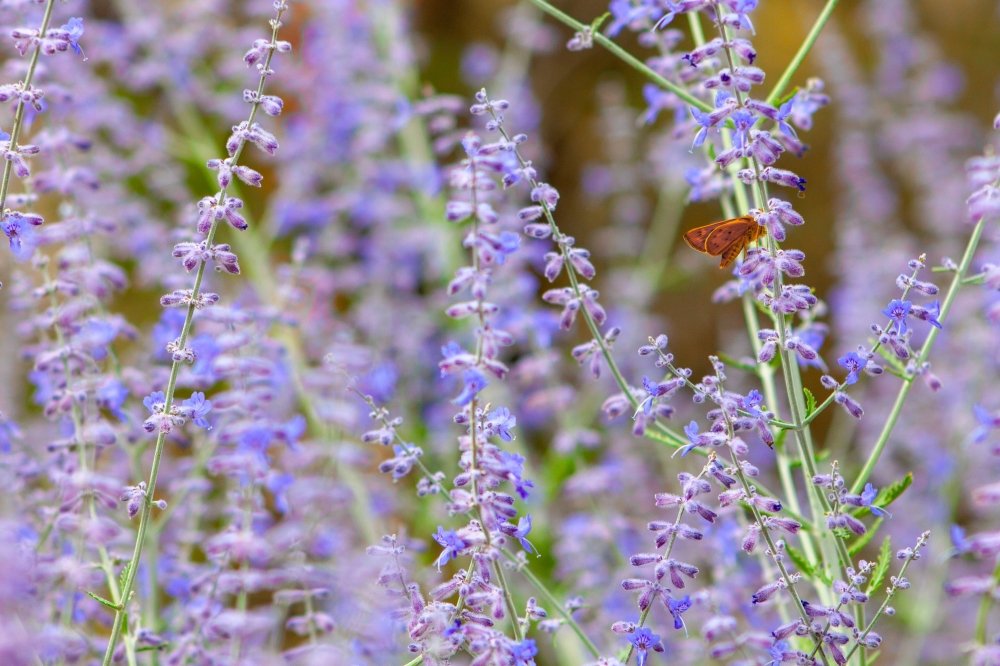 As Russian Sage (Salvia yangii) tolerates cold better than Lavender, it can potentially be used as a substitute in colder climates due to their resemblance. This is because the plant originates from Central Asia, where temperatures can get quite chilly.

Once established, Russian Sage is relatively easy to grow and requires only very basic maintenance. Generally speaking, it prefers sunny locations with well-drained alkaline soil, but the soil can benefit from added compost before planting to increase the nutrients. The roots of a plant will rot if sodden for too long, and you should water it minimally.

Fertilization should only be performed once a year, and the ideal time is just before new growth starts in the spring.

Lavender vs Russian Sage: The Comparison

Both Russian Sage and Lavender are easy to care for, and they pay off many times over. However, in addition to similar maintenance and conditions, some notable differences are listed in the table below.

While there are some differences in treatment, there are also many similarities, making it possible to cultivate them together.

It would be best if you transplanted the plants into the ground for them to reach their full potential. 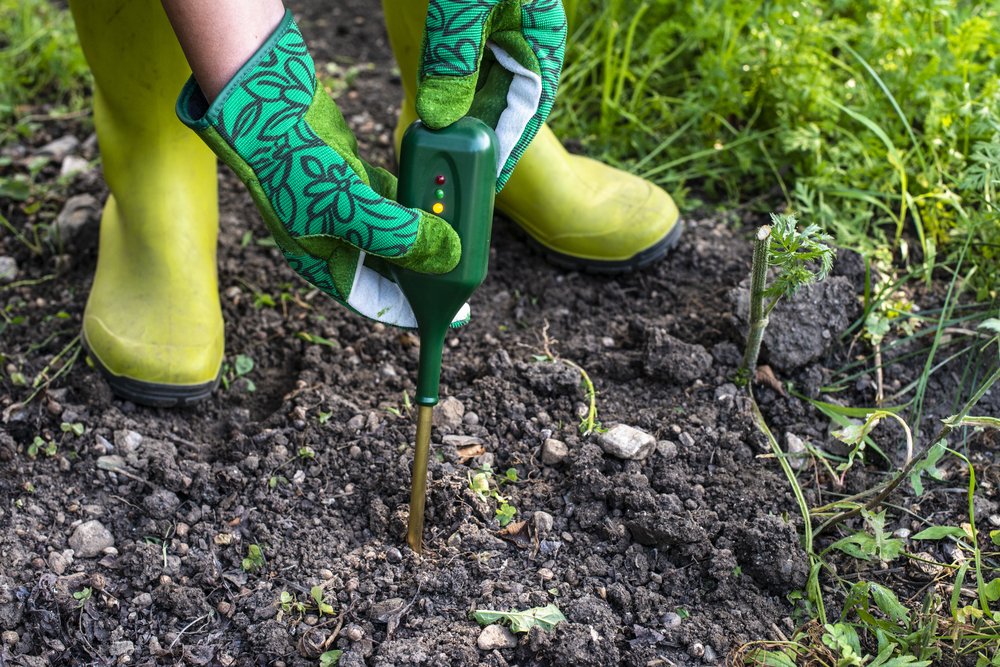 Both species prefer neutral to alkaline soil with a pH of 6.5 – 6.8. They both need well-draining soil that doesn’t become muddy.

By adding garden lime, you can adjust the pH of your soil if it is too acidic, and you can purchase it in every well-equipped garden center.

Water them occasionally until they develop a healthy root system, but minimal watering is recommended once they are fully grown.

Both species are drought-tolerant, but it is best to water them once every 10-15 days in the early morning hours during the summer and dry periods.

This does not apply to plants grown in pots.

At two years of age, Lavender should be pruned after flowering. Pruning in late summer promotes proper air circulation between the plants, preventing rot. It is essential not to cut the woody part of the stem.

Pruning Russian Sage requires removing the dead and damaged branches in the spring and a slight shaping of the bush.

Both types of pruning require a sharp, sterile tool, and the cuts must be precise and clear.

Lavender is susceptible to root rot diseases caused by fungi, Xylella fastidiosa bacteria, spittlebugs, whiteflies, and aphids. However, it is typically resistant to diseases and insects.

On the other hand, Russian Sage may be affected by fungi such as Cylindrosporium leaf spot, root rot, and stem blight, but it’s naturally resistant to insects.

Aphids and whiteflies feed on it sometimes, but it rarely causes damage.

The main difference between these two species is the color of the flowers. There is a hint of purple in the flower of the Russian Sage. The plant blooms primarily from late summer through autumn, depending on the climate.

On the other hand, Lavender has more varieties, so it has a wider variety of colors. It comes in a range of purple, blue, and even white shades. In addition, the flowers of this plant are smaller and more compact than those of the Russian Sage.

Differences in Odor and Taste

If you haven’t tried it yet, you definitely should: Lavender tea is delicious and soothing.

Lavender flowers are dried and used to make tea since the leaves do not have a distinct taste. Its scent lends a soothing and aromatic note to many tea blends. Ideally, you should combine it with mint in a 50:50 ratio.

When it comes to smell, Lavender is more fragrant than Russian Sage, which is not so intense.

Because of the leaves, which contain a lot of essential oil, Lavender is highly prized. Essential oils from Lavender were even found in King Tut’s tomb in Egypt, proving the plant’s value.

The honey-bearing properties of Lavender make it a favorite of bees and other pollinating insects in addition to being loved by most people.

The dried leaves of Russian Sage are used to make medicinal teas. Compared to Lavender, it tastes more robust, with a hint of bitterness. You can make a salad from the flowers, but the fresh leaves are toxic to consume.

Russian Sage plants attract butterflies, bees, and hummingbirds with their pollen, but repel deer and rabbits with the smell of their leaves.

Lavender Vs Russian Sage: The Benefits 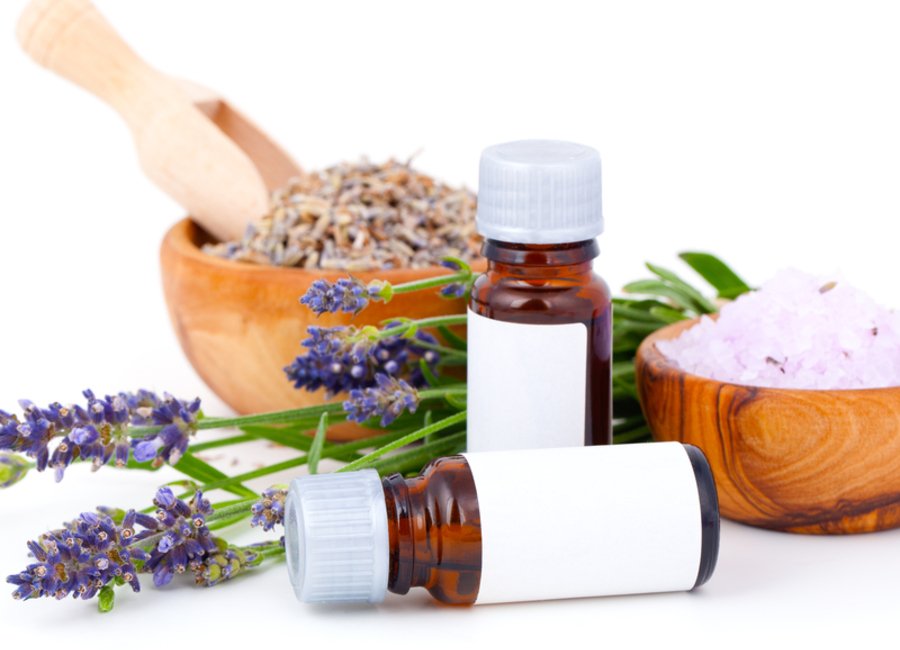 Numerous studies have shown that Lavender oil can reduce anxiety and insomnia. It improves sleep, thus positively affecting energy during the day.

It is used in aromatherapy by inhalation, consumption as a tea, baths, and lubricating oils.

Combining Lavender baths with Valerian and St. John’s Wort, can help with insomnia and has an amazingly relaxing effect on the body.

Lavender bags are used as protection against moths.

Lavender essential oil is effective in accelerating burns and wound healing, relieving pain and swelling caused by insect bites, and inhibiting many fungi, bacteria, and viruses.

Alternative medicine practitioners and herbalists have used Russian Sage as a medicine in many countries, including Russia and China. Russian Sage is famous for reducing fever and relieving cold symptoms.

Additionally, it improves the functions of the digestive tract and circulatory system and helps to solve constipation and diarrhea.

Both plants have the same effect on improving sleep, stress, and anxiety.

Can You Plant Russian Sage and Lavender Together?

Lavender and Russian Sage make an excellent duo since they require similar growing conditions and can be planted together. They are also compatible with other plants with equal sunlight, moisture, and soil requirements.

You can grow both types of plants with thyme, basil, echinacea, sage, aster, ornamental grasses, roses, sedums, and zinnias.

Lavender is a natural repellent that deters moths, snails, Russian Sage deer, and some rodents. Thus, it can be used to protect many plant species that are susceptible to attack by these animals.

It is a smart idea to plant them in between rows of fruit since fruits can also benefit from them.

In terms of vegetables, cabbage and broccoli pair well with both of these types of plants.

1. Which is better, Lavender or Russian Sage?

Both of these plants are beautiful and beneficial. Once established, they are highly resistant and low-maintenance, however, Russian Sage tolerates cold weather better.

You might benefit from choosing Russian Sage over Lavender if you live in an area that has potentially freezing overnight lows. However, Lavender has more juice and is much more aromatic than Russian Sage, containing a greater amount of essential oil.

Crushed Russian Sage leaves are fragrant but not as intense as Lavender leaves. Many people describe its smell as somewhere between Sage and Lavender.

3. Can you plant Russian Sage and Lavender together?

4. How to identify Russian Sage?

The best way to distinguish between Russian Sage and Lavender is the color of its flowers. Russian Sage flowers are blue with a hint of purple, compared to Lavender, which is either purple, blue or sometimes white.

5. Is Russian Sage toxic to cats and dogs?

In short, there are many similarities between Lavender and Russian Sage, but there are also a few key differences between these two aromatic plants.

The most obvious is the appearance of the plants themselves. Russian Sage and Lavender can be distinguished by the color of their flowers. Lavender is either purple, blue, or sometimes white, while Russian Sage is a shade of blue with a hint of purple.

In terms of aromatherapy, Lavender is an excellent choice for calming and relaxing your mind and can also help ease the symptoms of stress and anxiety. Meanwhile, Russian Sage is mainly used for medicinal purposes.

Since they are highly compatible and require similar growing conditions, you can safely plant them together and enjoy the various benefits these two plants have to offer.