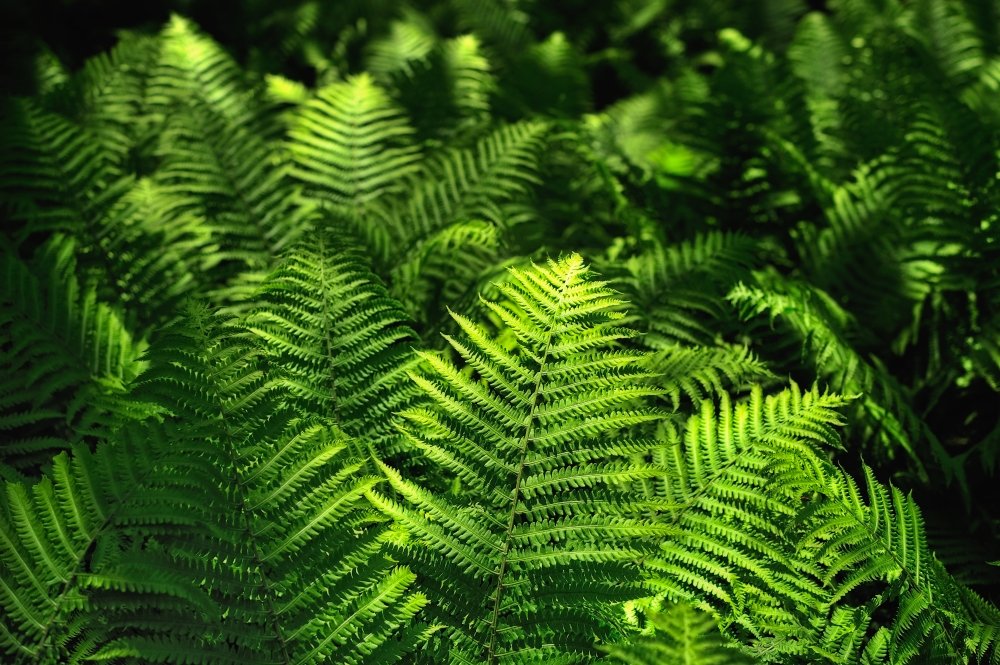 When the plants are young, it’s easy to make a mistake and confuse them, so if you’re just starting out, look at the adult specimens to see the differences.

This difference makes the Boston Fern a much more adequate choice for apartments and houses. Macho Fern is a better choice for the garden, although both plants can be successfully grown outdoors with enough humidity and warmth. Severe frost can damage the plant, but it recovers and sprouts in the spring in cases where the damage isn’t too severe. 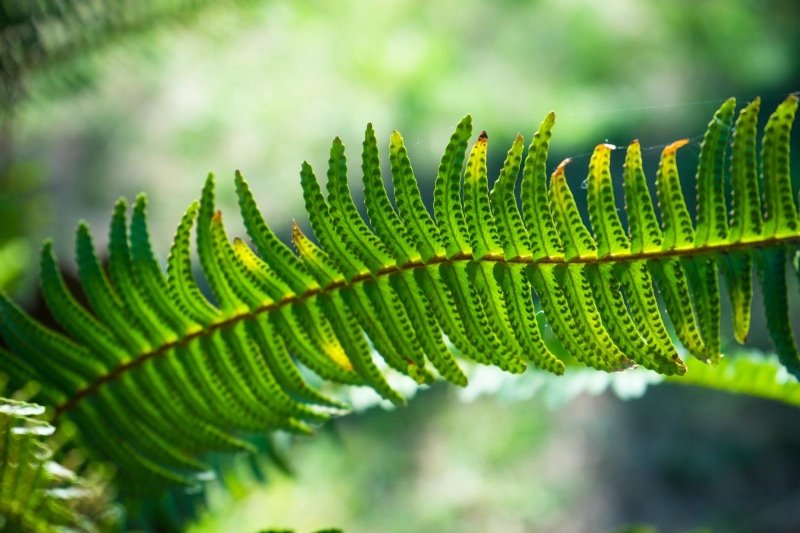 The leaves of Boston Fern grow directly from the ground. They are elongated in shape, but the ends of the leaves are semi-oval. They stand upright, which is how the species got the name Exaltata, which means exalted or elevated in Latin. They are semi-evergreen.

Macho Fern fronds are sword-shaped and larger compared to Boston Fern. The plant’s fronds can reach a length of up to 6 ft (2 m). On the other hand, Boston Fern fronds have many tiny leaflets and can reach a maximum length of 3 ft (1 m). The young leaves of both species differ from the older ones in color, and become darker as the plant grows.

Despite its association with New England, Boston Fern is a tropical species, and its natural habitat is the wetlands and humid forests of South and Central America and Africa. It got its name around the 1800s when it was spotted on a ship delivering plants to Boston.

Macho Fern grows in Hawaii, Florida, Puerto Rico, Louisiana, and the Virgin Islands. It can be an epiphyte and thrive on the branches or trunk of a taller tree, but it is usually found in swampy and wet rainforests.

Boston Fern is more easily found in the world market due to its adaptability to interior spaces and size. It has been a plant of choice for interiors and exteriors for many years. It is also suitable for offices due to its easy maintenance and durability. It can be found in many varieties that are smaller, such as Fluffy Duffy, which has feathered, fine-textured fronds, or Florida Ruffle, which is larger in size.

Due to its large leaves, the Macho Fern became popular later on because it is less suitable for homes and apartments.

Despite all the above differences, these two plants have many similarities, mainly concerning cultivation and growing conditions.

Both species survive in a relatively warm climate with high humidity levels, so they can be grown in a bathroom if there is enough light. They are not resistant to strong frost, so it is desirable that the room temperature is always above 15 °C (59 °F). If the Fern remains outdoors below 35.6 °F (2 °C), the leaves will dry out.

During the winter, if your house is heated or cooled, you should use a humidifier to maintain relative humidity, or the leaves might start turning yellow. The ideal temperature for both plants is 18-25 °C (64-77 °F), and if it exceeds 35 °C (95 °F), the ends of the leaves will start turning brown, so make sure to keep the temperature well-balanced throughout the winter season. 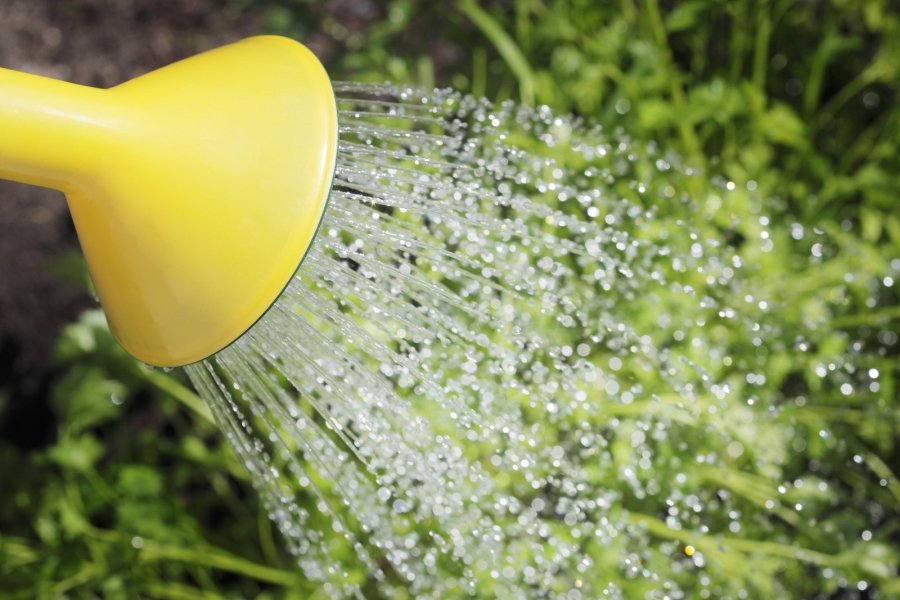 Although many people think that it is impossible to overwater these two species, if that happens, they will suffer from fungal diseases of root rot, especially if they are grown in pots. The earth must not be soggy and waterlogged.

During the winter, you should water your Fern when you notice that the top layer of soil dries. During warm and hot summer days, you can water them once per day or once every other day, depending on the amount of shade the plant is exposed to.

Indirect sunlight and semi-bright places are important for both types of Fern. Neither Macho Fern nor Boston Fern are to be exposed to strong direct light because that leads to burns on the leaves.

Both plants should be planted in pots or directly in the ground. Plants in pots require well-drained soil, or the roots won’t have enough air and could rot. Soil rich in organic matter is desirable, as it has a slightly acidic pH.

Both plants are generally flexible, and growing them anywhere in the world should not be a problem. At some point, Macho Fern would have to be moved into a larger pot than the Boston Fern because its roots develop faster and will require more space.

Both species are non-flowering, as are most Ferns. Their seeds are in the form of point spores that are difficult to see with the naked eye and are transmitted by the wind.

Plants can be propagated by collecting spores from the leaf undersides and sowing them in a high-quality potting mix to germinate into a brand new plant, but it is easiest to physically divide an adult plant and plant it outdoors.

Are Macho Ferns Easy to Propagate?

The invasive nature of Macho Ferns makes them easy to propagate. One method is to pull out a clump of the Fern with a bit of the rhizome still attached. Once planted in a container with potting mix, or outdoors, the rhizome will grow roots.

Due to the presence of spores on the underside of the leaflets, the spores can also be collected and sown in potting mix to germinate into new plants.

Can I Trim My Macho Fern?

You can keep your Macho Fern neat and tidy by trimming dead or damaged fronds or leaves. Make sure not to overdo it and to only prune less than one third of the plant.

Can Boston Fern Stay Outside in Winter?

The Boston Fern you have on your porch will need to be moved inside once winter arrives. They cannot withstand temperatures below 40 °F (4 °C). Boston Ferns don’t enter a state of dormancy during the winter, and they require care, watering, and feeding to remain the same throughout the year.

Why Is My Macho Fern Turning Yellow? 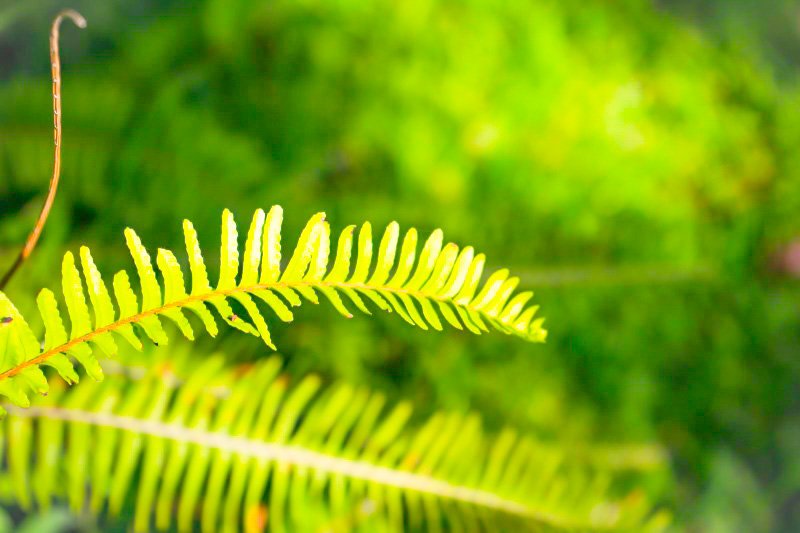 The most common reason is too much water and insufficiently aerated soil. Other times, the plant simply receives too much direct sunlight during the day, and it should be placed in a more shaded area.

If the air inside your house is too dry, use a humidifier to raise the humidity to a higher level. In certain cases, Macho Fern can turn yellow if it does not have enough nitrogen or if it has too much nitrogen in its growing soil.

What Is the Hardiest Fern?

What Ferns Are the Easiest to Grow?

One of the easiest Ferns to grow is the Boston Fern (Nephrolepis exaltata). Additionally, Birds Nest (Asplenium Nidus) and Cretan Brake (Pteris Cretica) are attractive and interesting-looking Ferns that are relatively easy to grow, although moisture is crucial for them to grow well.

Although it’s not easy to tell them apart while the plants are young, the differences between Macho Fern and Boston Fern are quite obvious once grown and well established.

The main difference is the size of the full-grown plants and the color and shape of their leaves.

Boston Fern leaflets are small, sword-shaped, with a slight bluish hue, while Macho Fern has larger, brighter, and longer leaflets.