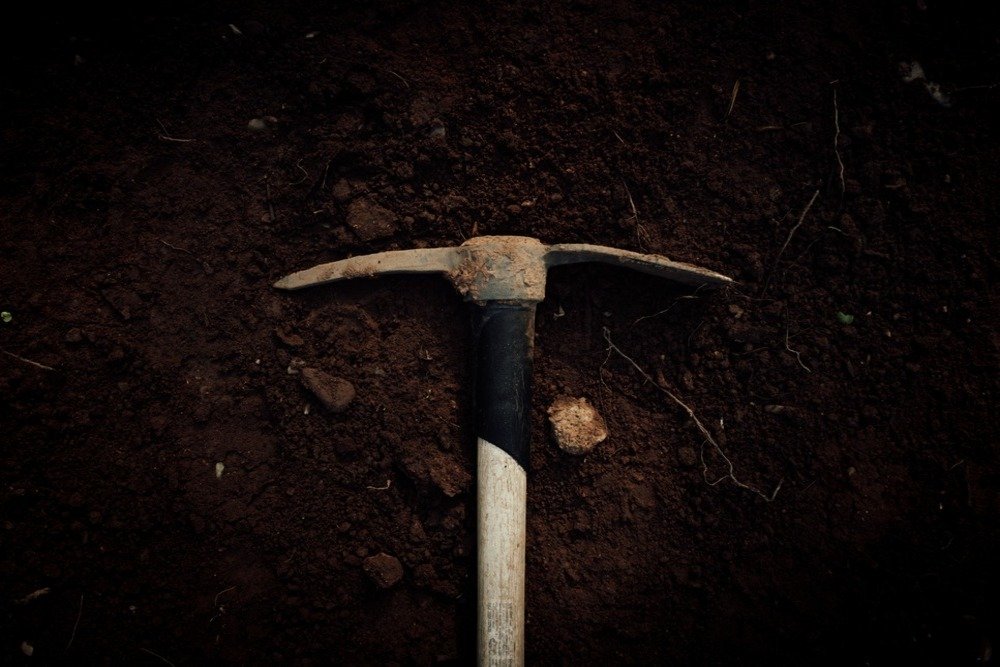 Determining what tool you need depends a lot on what kind of gardening you are going to do. A Mattock is best for smaller gardening tasks like digging, chopping, or prying up roots and soil. The Pulaski is best for larger landscaping tasks like cutting through trees, bushes, and excavating an area.

Keep reading to learn more about the differences between these two tools, and which one may work best for you.

What Is the Difference Between Pulaski and Mattock? 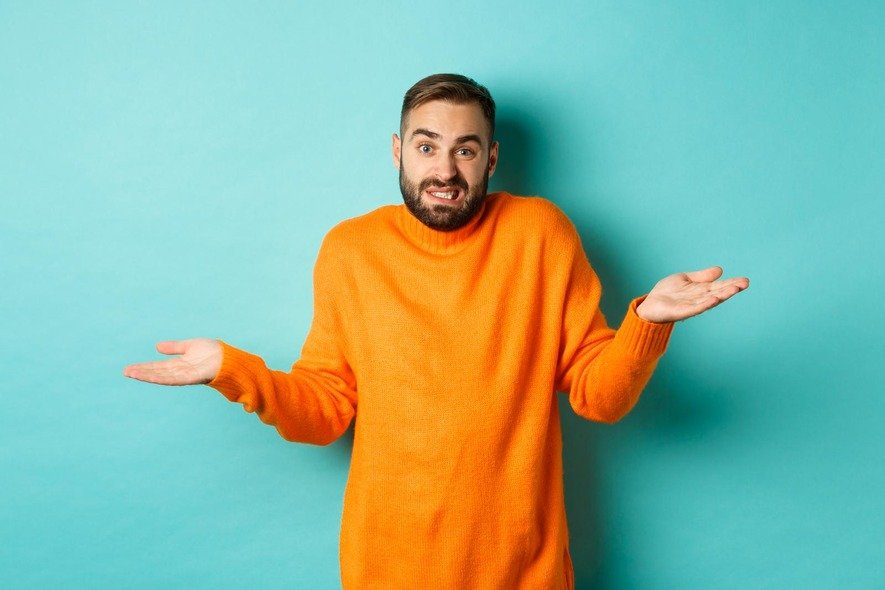 The Pulaski and Mattock have similar appearances. They both have a double-sided head, with one side being an adze. An adze is similar to a pickaxe, but with a curved blade that allows it to be a lot more versatile.

Despite their similar appearance, though, they are two vastly different tools. The Pulaski was traditionally used and is still used today by firefighters in order to keep fires at bay. It is useful for cutting down trees and bushes and making fire breaks.

This is why the primary head is the cutting edge while the adze is the smaller head. The cutting edge is usually kept sharp so it can cut through limbs and trunks of thinner trees and bushes.

The Mattock, however, is used mostly to chop and pry up roots and stumps. Its primary head is the adze side. Commonly, you will see an axe on the other side so you can break up roots or split up stumps as needed.

Since it is used primarily for pulling and digging, the axe head of the Mattock is usually duller and thicker to help break up soil and rip up roots.

The Mattock has been modified over the years to fit a variety of tasks, however, and now comes with other secondary heads such as hammers, picks, and claws so that you can use them for a variety of purposes.

What Is a Pulaski Good For?

A Pulaski was originally designed for fighting wildfires. However, it has adapted to be used in gardening. It was made to be lighter than a traditional axe so it could be carried easily.

For this reason, it is good for heavy-duty projects such as:

Since both sides of this tool are kept sharp, you don’t have to use as much force when cutting through wood or soil.

Can You Split Wood With a Pulaski?

You can use the Pulaski to cut wood if in a pinch. There are better tools out there for cutting wood, like a splitting maul, but if you just want one handy tool to use while out camping or exploring, the Pulaski will do the job.

However, for feeding a stove or fireplace, it is probably best to get a maul, which is more effective.

What Are the Disadvantages of a Pulaski?

The main disadvantage of a Pulaski is the fact that it is not primarily designed as a gardening tool. But if your goal is to make a fire break around your home, or to landscape by chopping down bushes and limbs, then the Pulaski is a great tool.

When it comes to weeding, cutting up roots, or breaking up the soil, the Pulaski cannot do these tasks effectively.

Why Is a Pulaski Called a Pulaski?

Before the Pulaski was invented, firefighters were using modified mining axes to create firebreaks as well as any other tools they could get a hold of to cut down trees and slow the spread of a flame.

A man named Edward Pulaski joined the rangers and the Forest Service in 1908. It didn’t take him long to become one of the best rangers in the area.

During the Great Fire of 1910, Pulaski managed to save most of his crew of 45 firefighters. When strong winds trapped his men in an inferno, Pulaski led them to an abandoned mine shaft, where he proceeded to guard them against smoldering, oxygen-sucking timbers at the entrance.

40 of his men survived and he led them to safety. After that fire, he worked hard to help develop a tool that his men could use to contain fire spread and thus help to keep them safe.

Though it has been modified a little over the years, the basic shape and design of the Pulaski is still used by firefighters today.

What Is a Mattock Good For?

Not all Mattocks are the same. They all come with the adze head, and usually you will find either an axe (Cutter Mattock) or a pickaxe (Pick Mattock) on the other side.

Cutter Mattocks, as the name suggests, focus on cutting. They are good for roots and stumps. Meanwhile, the Pick Mattock is better for digging up rocks and breaking up tough soil.

The main purposes of a Mattock are:

Less commonly seen, but also readily available are Claw and Hammer Mattocks. The two- or three-pronged claw side of the Claw Mattock is often used for weeding. The Hammer Mattock is good for hammering pieces of wood or a loose nail back in place when needed.

They are some of the most versatile gardening tools and can also be used for things like hoeing and digging, especially when there is harder soil to break up or a covering like ice.

However, there are other tools that do some of these tasks better. Where the Mattock excels is in cutting roots. The larger, adze side is great for any difficult chopping and you can tailor the rest of the tool to whatever your secondary need may require, whether hammering, weeding, chopping, or digging up rocks.

If you have particularly nasty roots that just don’t want to come out, that’s when you grab a Mattock.

Can You Split Wood With a Mattock?

If you get an axe head on your Mattock, it is technically able to split wood. It isn’t recommended, though, as the head is usually too small and not sharp enough to do so effectively.

Even if you sharpen it, the tool is designed in such a way that it makes it difficult to swing without the risk of injuring your leg.

What Are the Disadvantages of a Mattock?

Mattocks are on the heavier side. Due to the shape of them, it is hard to get momentum from a good swing without risk of injury.

They are also a little on the smaller side, which makes it difficult when trying to use them in a large area or while standing. This tool is designed more for kneeling and working in a small garden bed.

Even the ones designed for cutting are a little smaller, which makes it good for small bushes, but not always useful for larger stumps and roots.

We also found the fact that you had to choose between one of the four other heads a little challenging. When planning out which tool I needed for my gardening, it wasn’t easy to decide between an axe, pick, hammer, and claw, as I had possible uses for all of them. Knowing what I will most often use in conjunction with the adze, wasn’t something I knew before purchasing.

Now, I realize that I generally use the adze for breaking up soil for my garden, and since I most often use it when I am out in the garden tending to the beds, I would probably choose a Claw Mattock so that I can weed at the same time.

However, if you are mostly using this tool for a different purpose, it is a good idea to think about which secondary head you are going to want to use.

Why Is a Mattock Called a Mattock? 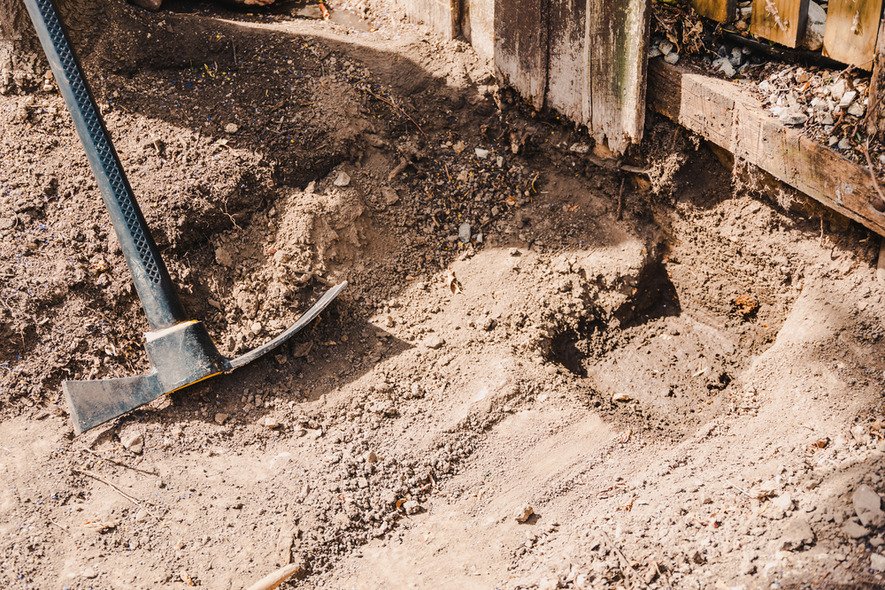 While there is no history chronicling how the Mattock got its name, we do know that the different types of Mattocks get their names from the other head opposite of the adze. That way, they can be easily identified based on their purpose or tool head.

Mattock is often used interchangeably with Pulaski and even pickaxe, so it is possible that “Mattock” first came about as a nickname, and then a new tool was designed to fit this name a bit better. However, without proper recording of the details, there isn’t a way to tell, and no one seems to know.

Where the history of a Pulaski is easily recorded and tracked, the Mattock is much more difficult thanks to the often mixed-up wording between this tool and others.

Are Pickaxes and Mattocks the Same?

Mattocks and pickaxes are often two terms used interchangeably. While some Mattocks can have pickaxe heads, they are technically different tools.

Though they can be used in similar manners, Mattocks are more for pulling things out of the ground, rather than breaking up large rocks into smaller pieces to haul out.

Are Adzes and Mattocks the Same?

They are not the same. The adze can be its own separate tool, but a Mattock combines an adze with another tool to make it more versatile for your garden.

The purpose of an adze was to form and carve wood but now it is used most often to dig and get difficult roots out of the garden.

Do I Need a Mattock?

If you need a tool that allows you to dig or slice through roots or pull up stumps, then you might need a Mattock.

If you also need a tool that allows you to break up hard soil, then the Mattock can be particularly useful, as it allows you to combine these two tools into one, so you don’t have to carry and store so many different types of equipment.

Which Type of Mattock Should I Get? 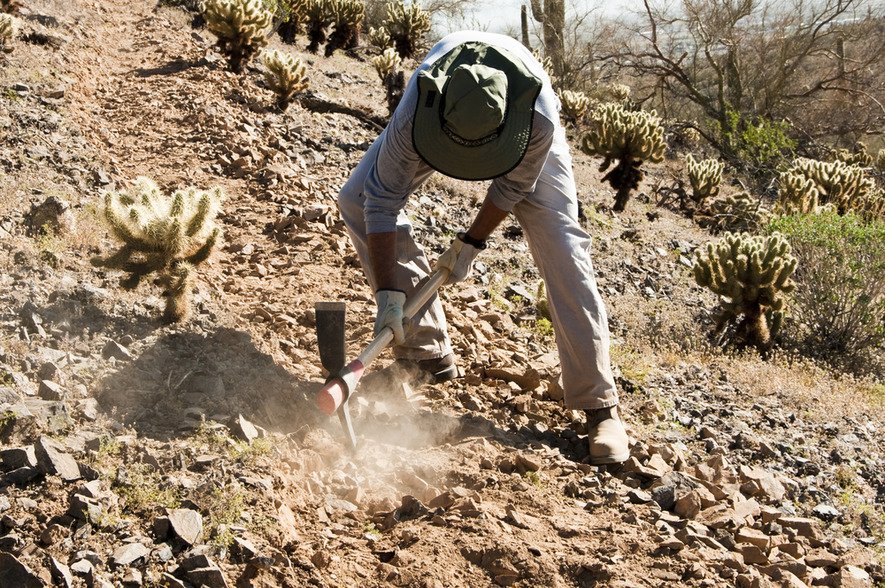 There is no one-size-fits-all for Mattocks, which is why they made a variety of different heads. Instead, you have to determine which one works best for your needs.

While we enjoy the Claw Mattock best for our small garden, we know that it isn’t any help for pulling up rocks or roots.

The Mattock and the Pulaski are very different tools, despite looking so similar. The Mattock is meant more for simple gardening tasks like aerating soil, pulling out rocks, and prying up roots. The Pulaski is better suited for larger landscaping tasks like chopping down bushes and small trees.

The gardening tool you choose really depends on your needs. The Mattock is more of an everyday gardening tool while the Pulaski is a large project tool. Having both in your tool kit isn’t a bad idea, so be sure to choose quality tools that will help you accomplish all your gardening projects.