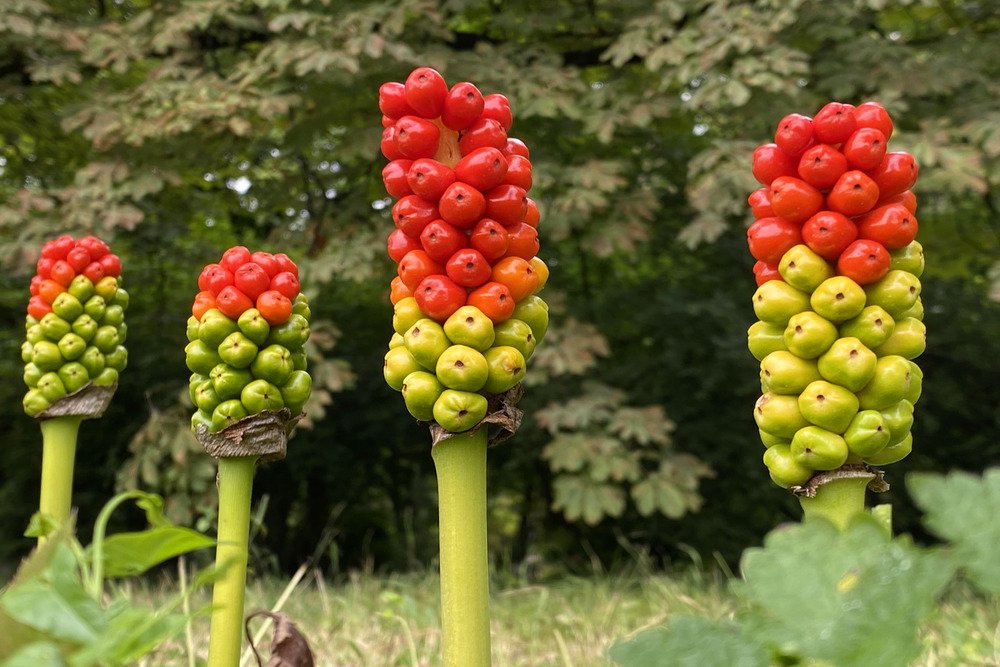 When outdoor gardens go to sleep for the winter, Orange Candleflower (also known as Arum Italicum, or Italian Arum) comes to life! This Mediterranean perennial plant displays its lush green foliage in the fall and autumn rather than spring. It’s grown mainly as ground cover and is known for its vibrant red-orange berries.

But if you want to invite this plant into your garden, there are a few precautions. For starters, it can be invasive and is known to be toxic. But thankfully, it’s not overly particular about its growing conditions.

Essential things to know about Orange Candleflower care is that it likes moist soil for its deep-growing roots, needs partial to full shade, and requires a careful touch as it is highly poisonous.

If you’re looking for a beautiful ground cover that will last all winter long, read on to find out more about Orange Candleflower.

How Do You Care For An Italian Arum?

Here are a few things to keep in mind when caring for an Italian Arum:

Orange Candleflower is a woodland plant; thus, it prefers dark shady areas. In the winters, Orange Candleflower shows off its dark green shiny foliage. In the summer, this foliage naturally dies away in the sun, while its showy berries remain. Its bright orange berries also tend to turn red in the summer light. 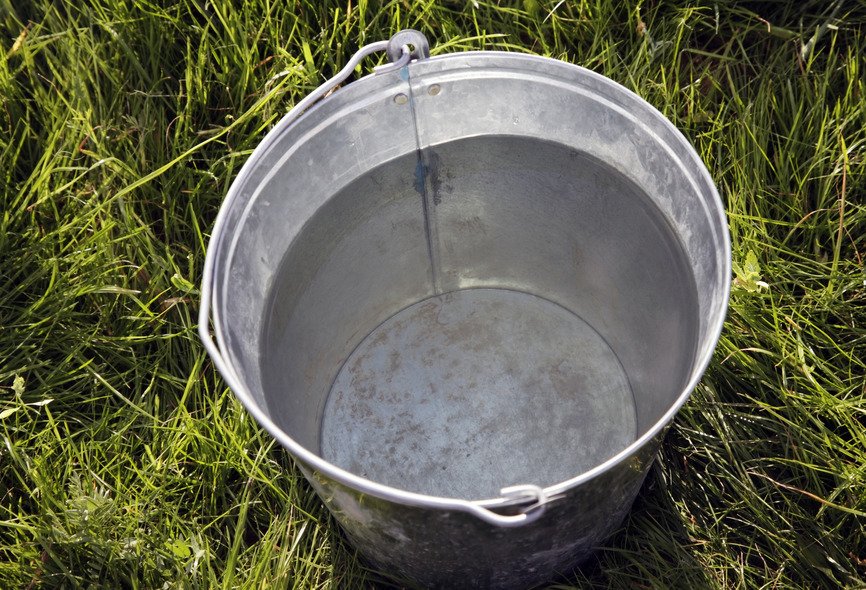 Conducive to its need for shady areas, Orange Candleflower also needs consistently moist soil. This mimics its natural habitat in Mediterranean woodlands and the slopes of streams.

When planting Orange Candleflower in your garden, you must keep the soil moist through regular watering and moisture-retaining soil. You can water your plant more often in summer and cut back in winter. Once Orange Candleflower is established in the soil, it will become more drought-tolerant.

Although Orange Candleflower prefers organic-rich soils with a neutral pH, it can thrive in almost any soil type. It is tolerant of moist soils and can even be planted in dense clay.

Its resilience to any soil type is excellent news for gardeners but, unfortunately, is also what makes this plant so invasive.

During the fall growing season, you can fertilize Orange Candleflower monthly with an all-purpose fertilizer.

Most all-purpose fertilizers have equal quantities of nitrogen, phosphorus, and potassium. They’re often labeled 12-12-12 or 10-10-10 to indicate that they contain equal levels of these nutrients.

If introducing Orange Candleflower into your garden, it’s best to plant the tubers approximately 10-15 cm (4-6 inches) deep in the soil.

They will survive best in USDA hardiness zones 5 to 9. Beware that this plant tends to root very deep, which makes it hard to remove. Because of its toxic nature, it should not be planted anywhere near where children or pets play. To be safe, don’t plant Orange Candleflower near any edible plants. 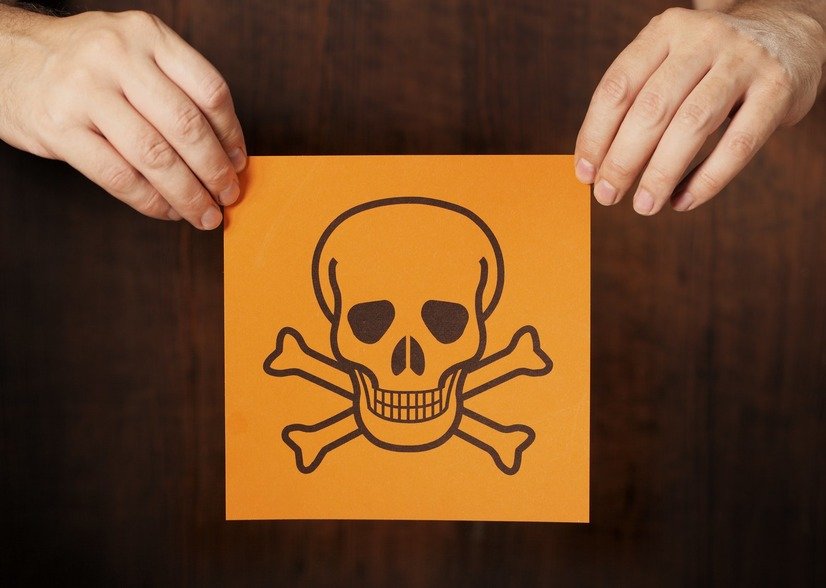 Orange Candleflower is exceptionally poisonous and should be handled with caution and proper gloves. Just touching the leaves with your bare hands can cause skin irritation. The berries are particularly toxic, as they contain high amounts of calcium oxalate crystals.

Ingestion of calcium oxalate crystals can cause a painful prickly sensation in the mouth. This pain is enough to deter most people from swallowing. Poisoning from ingestion is rare but possible.

Orange Candleflower is an invasive species in Washington and Oregon state. As of late, it has begun creeping into other West Coast regions as well.

It easily spreads to areas like public parks and gardens through its seeds and far-reaching root system. Birds often spread seeds; meanwhile, the tubers get spread by gardeners via yard waste. The plant can spread quite rapidly underground and is challenging to dig up. Herbicides don’t have much effect on them, unfortunately.

So why is this an issue? For starters, the poisonous nature of this plant makes it a danger for pets and children in public spaces. Secondly, if this poisonous invasive species is allowed to take over forests and edges of creeks, it can cause issues like water contamination and slope erosion.

If you choose to plant Orange Candleflower in your garden, dispose of any gardening waste in separate plastic bags to control the spread.

How Do I Get My Arum Lily to Flower?

Orange Candleflower flowers often come out in the spring around May, depending on your climate. If spring comes around and you haven’t seen blooms, your plant may be suffering one of these issues:

You can’t always control nature and the weather, but simple things like correct fertilization can be the difference between beautiful blooms or none!

How Do You Propagate Arum Italicum? 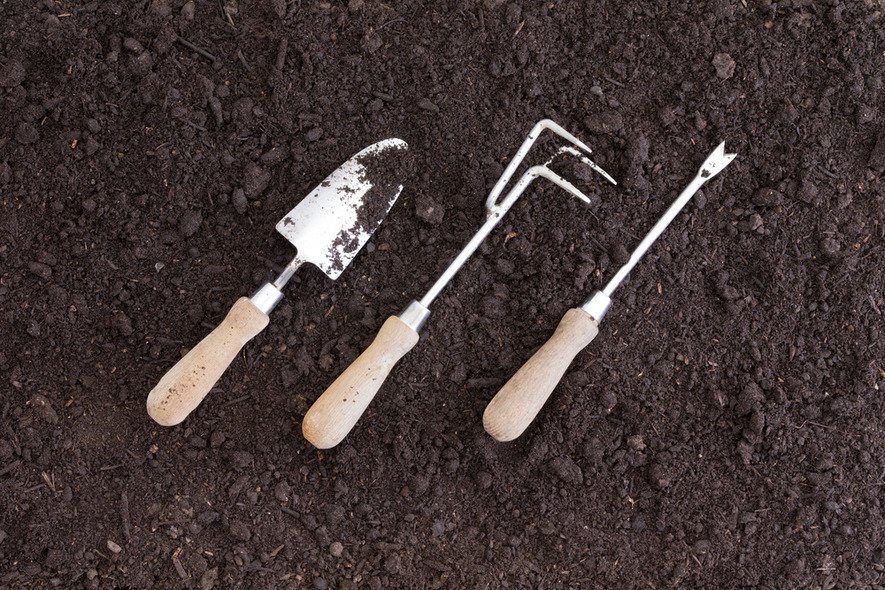 Propagating Orange Candleflower is thankfully an easy task. The easiest way to propagate this plant is by its seeds. After the plant flowers, Orange Candleflower will produce vibrant orange-red seeds. Simply plant these seeds in well-draining potting soil and cover them about 1 inch (2.5 cm). It will take about six months for the seeds to germinate.

You can divide up your mature Orange Candleflower plants for a quicker but trickier method of propagation. Carefully dig up one of your plants and divide up the roots into sections with rhizomes. You can usually identify a rhizome by its tubular shape and the roots coming out of its nodes.

You can then plant these individual roots with rhizomes into pots with soil and water to encourage growth. You can also plant the rhizomes directly into your garden if you want.

Can Arum Italicum Be a Houseplant?

Although Orange Candleflower is a tough plant that can flourish in many environments, it’s not suitable as a houseplant.

One of the main issues with this plant is that it needs extremely deep soil to root. Once rooted, this plant also likes to spread out. Confined to live in a pot, Orange Candleflower would not be able to grow the way it wants.

And, of course, the fact that this plant is so poisonous to the touch makes it tough to keep indoors safely. Any household with kids or pets would be especially unsuitable for such a plant.

What is Italian Arum Used For?

Like many plants, Orange Candleflower was once (and sometimes still) used medicinally.

The tubers of this plant were often used to treat coughs and colds, although ingestion is no longer recommended due to its toxic nature. Its leaves were also sometimes used to treat burns.

Other members of the Arum family have a similar history to Orange Candleflower. Arum plant roots were often heated and dried to rid them of bitterness. They were then made into a starch similar to arrowroot. This could be used as a thickening agent in recipes.

There’s also evidence that Arum starch was used to help stiffen clothes in Elizabethan times. Although it seems the practice was dissolved due to the irritation it caused.

Although it had several purposes at one point in history, Orange Candleflower seems much better suited to the garden these days!

Is Italian Arum Poisonous to Dogs?

Just like Orange Candleflower can cause burning sensations for humans, it has the same effect on dogs. This plant grows at ground level, often near hedges, which makes it especially dangerous for our four-legged friends.

If ingested, Orange Candleflower will cause severe burning and pain in the mouth due to calcium oxalate crystals. Like humans, ingestion of this plant has caused reported deaths in dogs.

If you live in an area with an Orange Candleflower infestation, it’s a good idea to keep your eye out for this plant. The red berries are especially dangerous, as they are often dropped by birds and may look like a tasty treat to your unassuming pooch.

Despite all their beauty, plants such as Orange Candleflower get a bad rap for their toxicity. But there’s no reason to avoid this plant altogether; you just need to take some precautions.

Essential things to know about Orange Candleflower care is that it likes moist soil for its deep-growing roots, needs partial to full shade and requires a careful touch as it is highly poisonous.

Always handle Orange Candleflower with gloves to avoid irritation from its toxic leaves and berries, and avoid planting in areas open to the public. Also, dispose of any waste in a separate bag, so this plant doesn’t become invasive in your hometown.