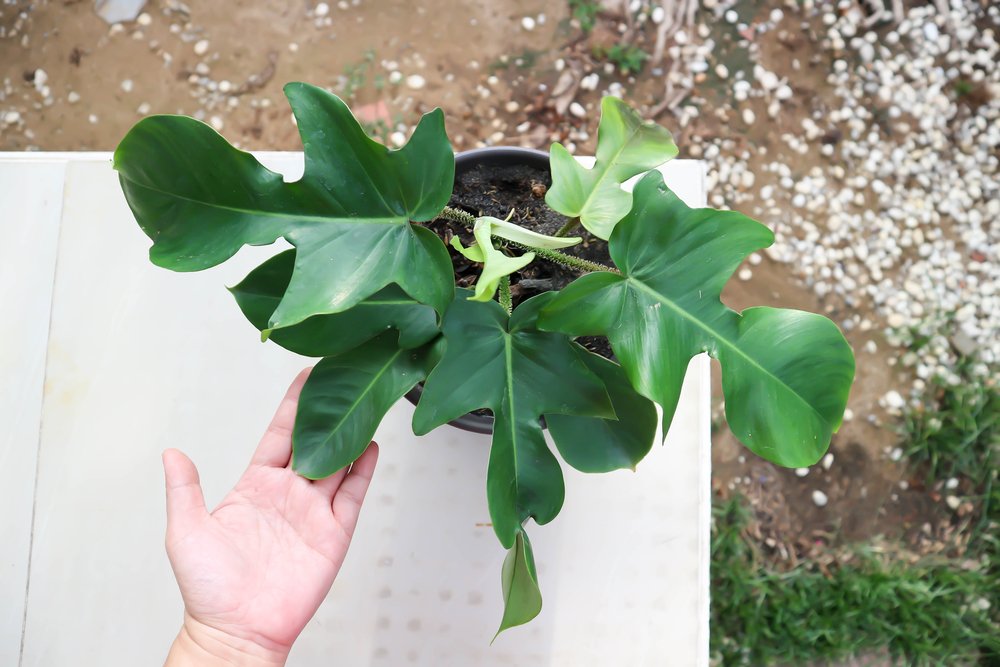 These glossy green-leafed plants are best known for their ability to climb up furniture, doorways, and moss poles. Philodendron plants are so diverse that they can be epiphytic (climbing), terrestrial (grows on the ground), and hemiepiphytic (both).

There are currently over 450 known species of Philodendrons and many more hybrids and variegated varieties. As such, it’s not unusual for many of these varieties to look and grow similarly.

Let’s dive into some other key differences and similarities between these two unique Philodendrons! 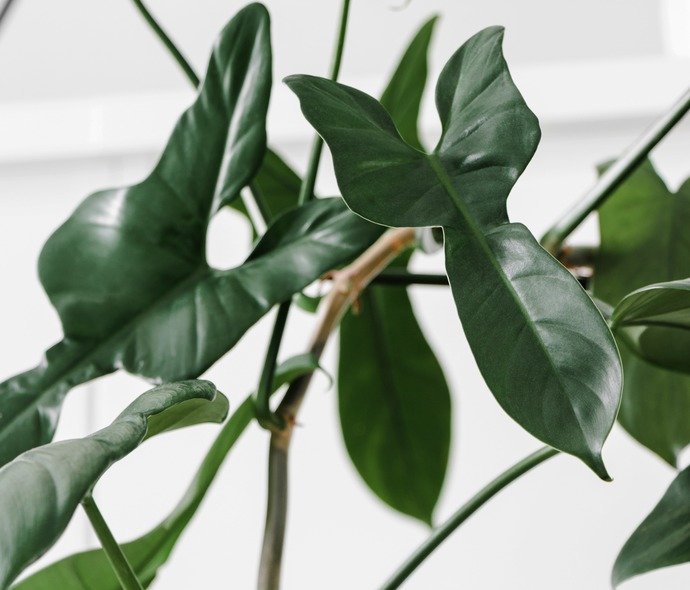 Knowing about each Philodendron’s native environment and growth habits will help determine which species suits you. Let’s dive in and see how similar or different these two plants really are.

Both plants are found in the rainforest, grow in the understory, and are well adapted to living in little light, making them great houseplants. Both Philodendrons will grow on the sides of trees in the wild to reach the sunlight.

Philodendron comes from the Greek words ‘philo’, which means love, and ‘dendron,’ meaning tree. So essentially, their name is tree lover, which adequately describes how they grow. Many Philodendrons are epiphytes that grow on other plants—usually trees.

A large number of Philodendrons are also called hemiepiphytes, which means they grow from the soil but also on other plant surfaces. Philodendron Bipennifolium and Philodendron Pedatum both fall into this category.

So what does this mean? If you give these Philodendrons a moss pole to climb on, you’ll see them attached to it via their aerial roots over time. These aerial roots grow their stems while the plant continues to grow from the soil simultaneously!

There are many similarities between how these two Philodendrons grow and where they like to live. They even have identical shiny deep green colored leaves.

So, the big difference between these two plants is their leaf shape.

Philodendron Bipennifolium is notorious for being difficult to identify in its youth. It has “shape-shifting” leaves, which start wide and oval when they’re young but become more narrow into maturity.

Once mature, Philodendron Bipennifolium has an elongated leaf shape, like a horse face. This shape gives this plant the nicknames Horsehead Philodendron and Fiddleleaf Philodendron. Philodendron Pedatum on the other hand, has a shorter leaf, which lacks that distinct elongated look.

At one point, it may have been challenging to find Philodendron Bipennifolium for your indoor plant collection. But times have changed, and this plant is now readily available online for a moderate price.

The lore that this plant is rare may come from the fact that it is more uncommon than other Philodendron species at local nurseries. You’ll likely have to look to online tropical plant suppliers to make this plant a part of your collection.

What is the Rarest Philodendron? 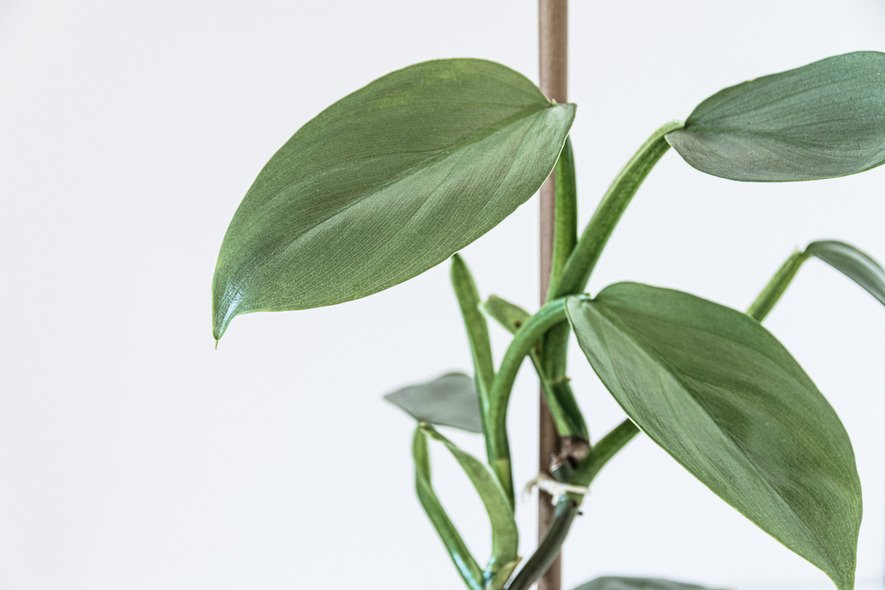 Many Philodendrons in homes today are common, such as the popular Heart-Leaf Philodendrons. Still, with over 450 known species, quite a few rare Philodendrons won’t appear in your average nursery.

The rainforest is dense and filled with thousands of plants, many of which are endangered. Rare Philodendrons show up in the wild less often than common plants, creating the allure around owning them.

But the most sought-after, rare Philodendron is Philodendron Spiritus Sancti, which has only been found in one state in Brazil and is so endangered there are believed to be only a handful in the world. More of these species now exist in cultivation than in the wild. Getting your hands on one of these plants will cost you thousands of dollars—if you can find a supplier!

How do you propagate Philodendron Bipennifolium?

Philodendron Bipennifolium can be propagated in two ways: stem cuttings or air layering.

For a successful stem cutting, cut away a node with at least two healthy leaves. It’s best to do this in the spring when the plant is in its growing season. Philodendron Bipennifolium cuttings do best when planted in soil. Use a small pot or jar filled with potting soil to plant the cutting and water it regularly. In 2-3 weeks, roots should begin to form.

Air layering is another propagation technique that has gained popularity in recent years. This technique encourages stems to grow roots while still attached to the mother plant. All you need to do is find a node, and wrap it in moistened sphagnum moss, then plastic wrap. The constant moisture and nutrition coming from the moss will encourage roots to grow faster. Once you see roots, you can cut the node from the plant and plant it in the soil.

When should I re-pot my Philodendron Pedatum?

Like when propagating, you should re-pot your Philodendron Pedatum in the early spring during its growing season. Since the roots become active in spring, this gives them all summer to settle into their new soil.

For most Philodendrons, you should only re-pot when you notice it is outgrowing its current pot or is root bound. A tell-tale sign of a root-bound plant is when you can see roots from the drainage holes. If you water the plant and water flows right through the drainage holes, this is another sign that it’s time for a bigger pot.

Failing to repot your plant when it is root-bound can lead to stunted growth and dying leaves due to a lack of nutrients.

Are Philodendron Florida and Pedatum the same? 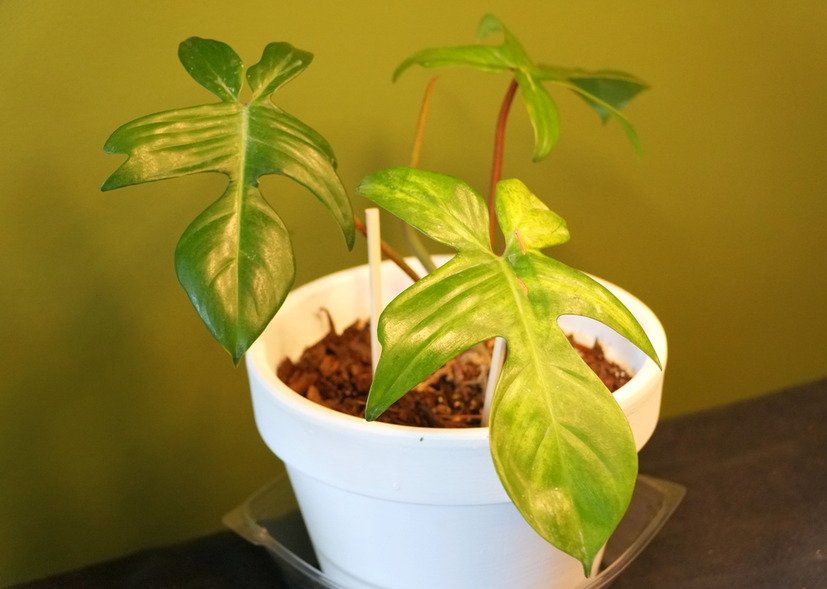 Florida Ghost is another variegated hybrid with the unique ability to transform colors. The ‘ghost’ in its name comes from the white color of the leaves as they emerge. Over time, these white leaves turn green. The white color of the new leaves contrasts beautifully with the rest of the deep green foliage, making this plant highly sought after.

Like other Florida hybrids, these plants have oak-shaped leaves and red stems.

If you came here looking for the differences between Philodendron Bipennifolium and Philodendron Pedatum, it’s likely you’ve discovered more similarities. These plants are similar due to being from the same plant family and native environment. Their differences lie mainly in their leaf shape.