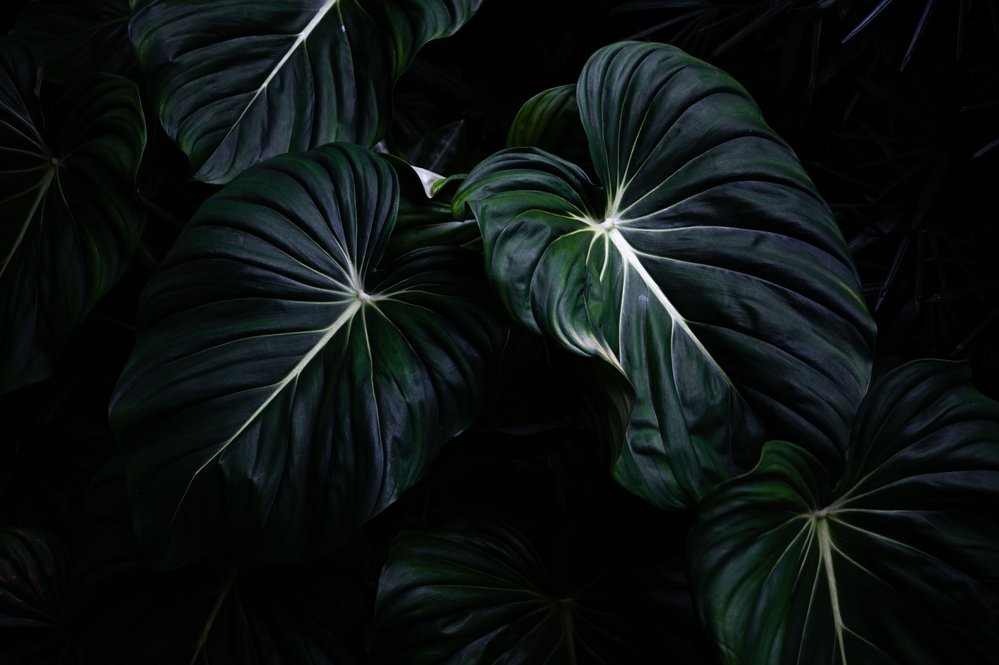 Identifying individual philodendron species/hybrids/variegations is not easy. There have been more than 450 different traditional species identified in South America, and that is not including any breeding that was done to create hybrids, cultivars, or variegations.

So how do you tell the difference between them? Philodendron McDowell is usually larger and faster growing, with a pink hue on its new leaves, while Philodendron Pastazanum stays yellow-green and tends to be a bit smaller, especially its leaves.

If you want to learn more about these two Philodendrons, including further details on their differences and similarities, keep reading below.

Are Pastazanum and McDowell the Same?

The similarity in looks is strong enough that, to the untrained eye, the Philodendron Pastazanum and McDowell can easily be mixed up or thought to be the same plant.

How to Tell the Differences Between Philodendron McDowell and Pastazanum? 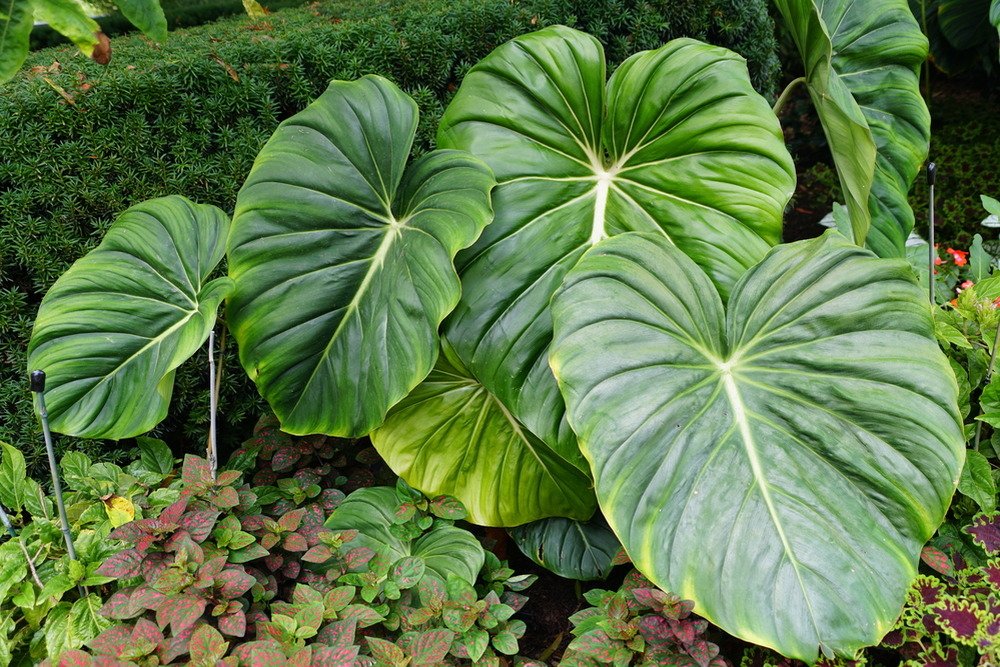 Although they look very similar, thankfully there are some minor differences between these two plants. Once you know what you are looking for, you can easily tell Philodendron McDowell and Pastazanum apart.

The first is general appearance. A Philodendron McDowell has more of a matte texture on its leaves. Instead of glossy, they tend to be a little velvety and don’t have any shine. The margins of the leaves are red and pink. Pastazanum has more of a glossier leaf with greenish margins in both older leaves and new growth.

When there are new leaves on the Philodendron McDowell, they will sprout with a pinkish hue and the veins may have more of a pink color as well. However, the Philodendron Pastazanum usually has new leaves that are bright green with a yellow tinge. The veins are a light green to white color.

In addition, Philodendron McDowell has red cataphylls, whereas Pastazanum has cataphylls that are more of a green color.

Finally, petioles are another way to tell the two apart. McDowell petioles have white lines and are long. Pastazanum has petioles that are shorter and have more subtle white lines.

You can also check the growth rate if you are able to compare them side-by-side. The Pastazanum is an average grower while the Philodendron McDowell is a fast grower.

Philodendron Pastazanum is native to Ecuador, specifically in Pastaza’s rainforests. It was discovered in the 1970s.

It may seem like most Philodendrons are somewhat rare, but the Pastazanum is even more rare than average. While it is nowhere near the rarest (that would be Philodendron Spiritus Sancti), it is still considered a very rare and highly desired Philodendron, which only increases the scarcity.

This means that even online, they can be hard to find sometimes, and may often be confused with another plant that is less rare.

Is Philodendron Pastazanum a Climber?

All plants can adapt to their situations, though, which means that a Pastazanum may start to climb up on objects if it can’t find an easy way to sprawl out. Sometimes climbing upward also gives them more access to bright, indirect light. They will never climb as much as an actual climbing Philodendron, but it’s not wholly unusual for them to change elevation a little.

Like the Philodendron McDowell, the Gloriosum has red edging along its leaves. Meanwhile, the Pastazanum has pure green leaves. Sometimes, the Gloriosum will have whiter, more bold veins as well.

Both the Gloriosum and Pastazanum leaves are heart-shaped, but often the Gloriosum’s leaves have a darker green color that contrasts sharply with the white veins. With the Pastazanum, the veins are usually deeply inset, which makes them almost pleated in appearance.

Another difference is that while Pastazanum tends to have smaller leaves, only about 6 inches (16 cm) in length, the Philodendron Gloriosum has leaves that can grow up to 24 inches (60 cm) in length. The leaves of a Gloriosum tend to be a bit fuzzier as well.

The McDowell’s leaves typically have bright white veins with a slightly pleated appearance, blending characteristics from both of its parents.

Philodendron McDowell is indeed a rare plant. However, its bold, contrasting colors and gentle ruffling is appealing to the eye, which makes it highly sought after. While it is rare, it isn’t so rare that it is impossible to find.

This means that while you may not be able to find it in any plant store, it is easy to find online if you know what you are looking for.

Unfortunately, because it is so easy to mix up this species with other Philodendron varieties unless they are growing side-by-side, a lot of the McDowells to be found online are mislabeled due to confusion.

Is Philodendron McDowell a Climber? 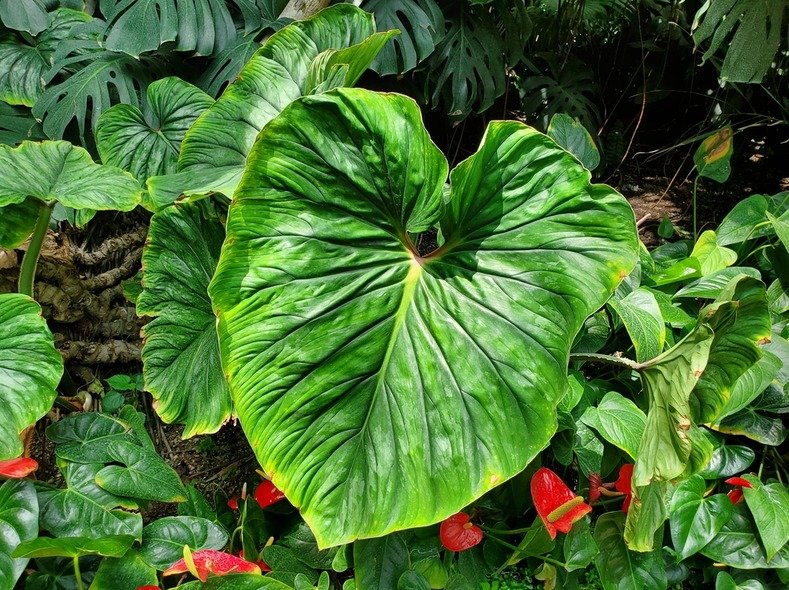 Like both of its parents, the Philodendron McDowell is a creeping plant. It has rhizomes that spread out and create new leaves and plants. It will often only grow around 2 to 3 feet (0.5 to 1 m) in height but may spread as much as 6.5 feet (2 m) wide with huge leaves measuring just over 2 feet (0.5 m) in length.

The Plowmanii, like the McDowell, has leaves that may be a little bit darker in color than the Pastazanum. However, McDowell tends to have bright white veins, whereas the Plowmanii tends to have darker veins in contrast.

While Philodendron McDowell and Philodendron Pastazanum are similar in appearance due to the former being a hybrid of the latter, they do still have some clear differences. Distinctions in the texture, color, and size of new leaves and veins are great ways to tell them apart.