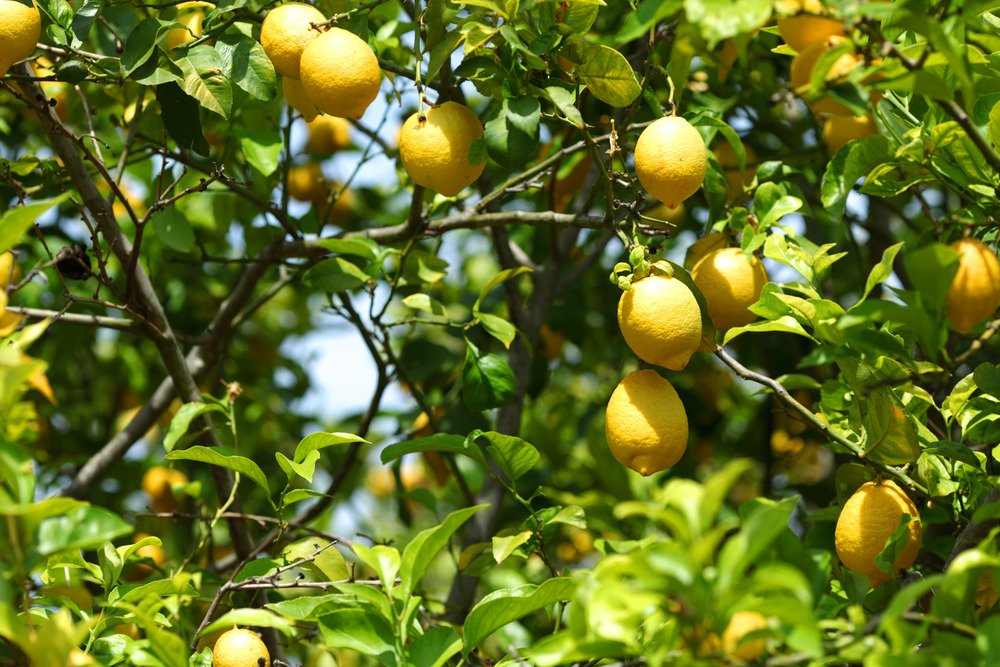 Having citrus fruits like Lemon Trees in your yard can be beneficial, and provide you with all the citrus you need for the year. However, you may be surprised if you go to harvest some of the fruits one day, only to get poked with thorns.

Though you may be surprised, it isn’t a rare thing. Most citrus fruits, including Lemons, have thorns on their branches. It is less common with hybrid varieties, but it is still possible to find.

Usually, the better-tasting varieties of Lemons, like Meyer Lemons, have thorns. This is because the gene that produces thorns also affects taste and fruit production.

While you may be tempted to cut off all the thorns to protect your family or make harvesting easier, this isn’t always possible or practical. In fact, cutting off too many thorns can lead to damaging your fruit tree. If you really don’t want thorns, look instead at getting a variety that doesn’t have as many.

Why Did My Lemon Tree Grow Thorns?

It is common for most citrus to grow thorns. Citrus including lemon, satsuma, kumquat, grapefruit, and oranges are just some varieties that have thorns. This is normal for citrus fruits, and usually means that the branches and plant itself are strong and healthy.

It doesn’t mean that you did anything wrong, or that something isn’t right with your Lemon Tree. It is just normal.

Interestingly, different varieties of Lemons have differing amounts of thorns. Some varieties don’t have any thorns.

Another interesting fact is that since every variety has a different amount of thorns, when you graft multiple Lemon Trees together, you get a mix of different amounts of thorns on each branch.

Which Lemon Varieties Have Thorns? 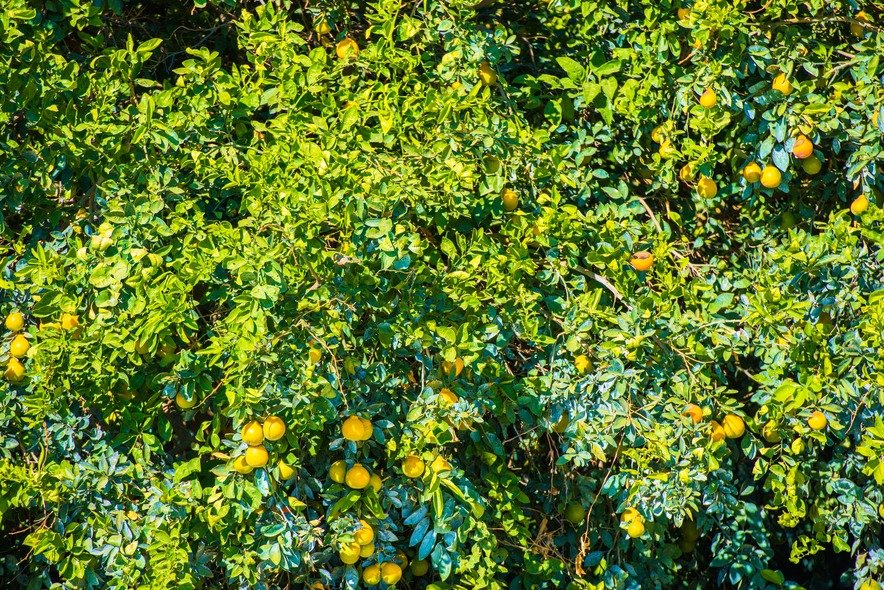 There are over thirty different kinds of Lemon varieties out there, so it can be hard to determine and remember which ones have thorns and which ones have a minimal amount to no thorns.

Thankfully, there is a general guideline to follow to help you remember. For the most part, any natural Lemon Trees that haven’t been bred or cultivated to be more bountiful or to have a higher tolerance, tend to have more thorns.

The thorns are on natural Lemon Trees because they help to protect the fruit from potential dangers like herbivores. Fruits that have been changed heavily or bred by humans, don’t have as much need for protection and produce minimal thorns if any.

Not all the Lemon Trees that have thorns have annoying ones either. For example, Meyer Lemons, often considered the best Lemons, tend to have thorns. However, these thorns are small and soft, instead of being large and hard, so you don’t often stab yourself or cause injury when you aren’t paying attention.

Which Lemon Trees Don’t Have Thorns?

The Lemon Trees that don’t have thorns are often ones that are bred to be so, or were bred to be more fruitful. Some varieties are known for having little to no thorns.

The most popular is the Dwarf Eureka Lemon Tree. This is a variety that can be easily grown in pots and is basically thornless. Since it has no thorns and doesn’t get very big, it doesn’t need a lot of pruning.

There is also the Bearss Lemon Tree which has just a couple of thorns but is very big. There are dwarf versions available as well.

Lemons have the benefit over many other citrus fruits. Most varieties of citrus bred to have no thorns lack flavor and produce fewer fruits, especially fruits like limes. However, Lemons don’t have this problem, and a lot of thornless varieties still provide a lot of fruit that taste good.

In fact, Lemon Trees with thorns tend to produce less fruit, especially if the thorning variety is grafted onto a non-thorning variety. However, there does still tend to be some connection between thorns and the fruit tasting better.

Should I Cut the Thorns off of a Lemon Tree?

Instead, focus on the thorns that are in an inconvenient place or are harming your plant or fruit. The rest don’t hurt to leave on.

Additionally, you want to make sure that you are actually looking at thorns. There are things called suckers on the trees that are necessary for the plant. Usually, the suckers grow from the rootstock below the graft. This usually only occurs with grafted plants but can occur in others.

Suckers tend to steal a lot of nutrients from the plant and grow pretty fast, so it is important to cut them off as soon as you notice them, no matter what time of year it is.

How Often Should You Trim a Lemon Tree? 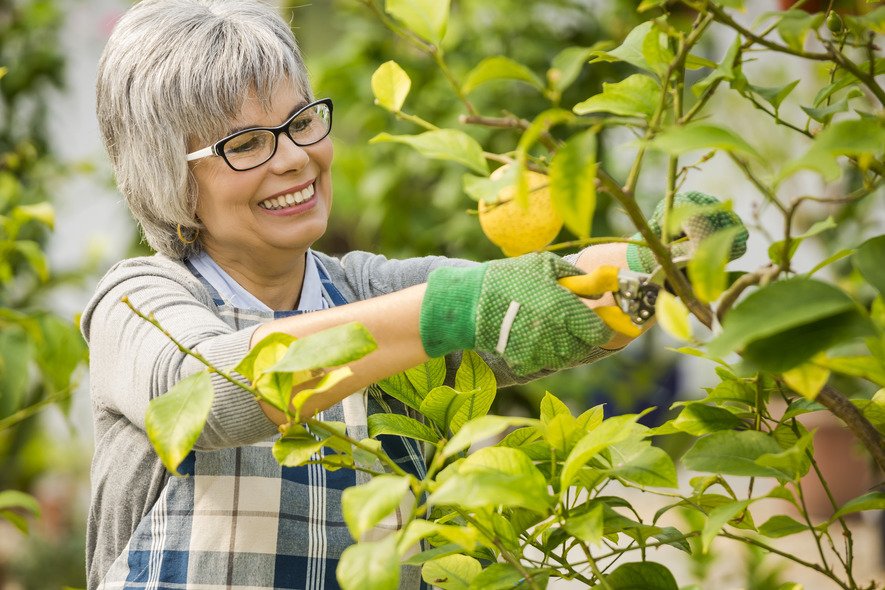 First off, you shouldn’t prune a brand-new Lemon Tree. They need to be at least two years old before you begin to prune. After that, you can generally prune about once a year. However, no matter how badly the plant is growing, you don’t want to cut off more than one third of the plant at one time or you risk killing or severely damaging your plant.

The best time of year to prune your Lemon Tree is around the end of winter or right at the beginning of spring. You want to do it just before your plant starts to grow again. Never prune in summer unless it is an emergency, or you risk your plant not having any fruits that year as it is dedicating all of its growth towards repairing the wounds.

Citrus trees also tend to go dormant after they finish growing fruit for the year. This is most often fall and winter. This is when you can start inspecting the plant and determining what needs to be pruned.

There is also hard pruning. This is usually done when your Lemon Tree faces unfavorable conditions over its dormant period, such as being in too cold or dark of a room over winter.

When this happens, you will have to cut back your plant by about half to help your plant rejuvenate and grow new and healthy shoots. This is done as a last effort to keep your plant alive and growing healthily when it would otherwise die.

How Do You Stop Thorns From Growing?

You can’t really stop Lemon Trees from producing thorns. It is based more on the variety of Lemon Tree rather than anything you do. If the thorns are particularly annoying or in the way, you can trim them off, but that is about all you can do.

Stopping thorns from growing, or cutting off too many can actually damage the plant. This is because sometimes, the thorns provide extra water, especially in more arid conditions, and the thorns can also protect the plant against herbivores that may be a nuisance in your area like deer.

If you do decide that you need to prune off the thorns, it is best to do it with more mature plants that are harder for herbivores to access.

Do Lemon Tree Thorns Have Poison?

Lemon Trees and their thorns do not have poison. They are not considered lethal or particularly harmful. The only danger that comes from Lemon Tree thorns is that they might have bacteria on them, which could lead to an infection if the wound isn’t treated.

Washing the wound with soap and water as quickly as possible and adding disinfectant is important to make sure no infection occurs.

Sometimes, the sap from the plant, particularly from the leaves, does pose a slight irritation, but the thorns themselves are fine.

You may be surprised when you see thorns on your Lemon Trees, but it is actually very common. Most citrus fruits, especially natural species, tend to have thorns that grow on the plant. This is done to allow them to store extra water and protect themselves against herbivores.

Some varieties don’t have thorns, especially ones bred by humans, but the fruits aren’t often as delicious as the thorny varieties and the fruits might not be as plentiful.

It is a good sign if your Lemon Tree has thorns, this means that your plant is healthy, thriving, and ready to produce delicious fruit during its growing season.