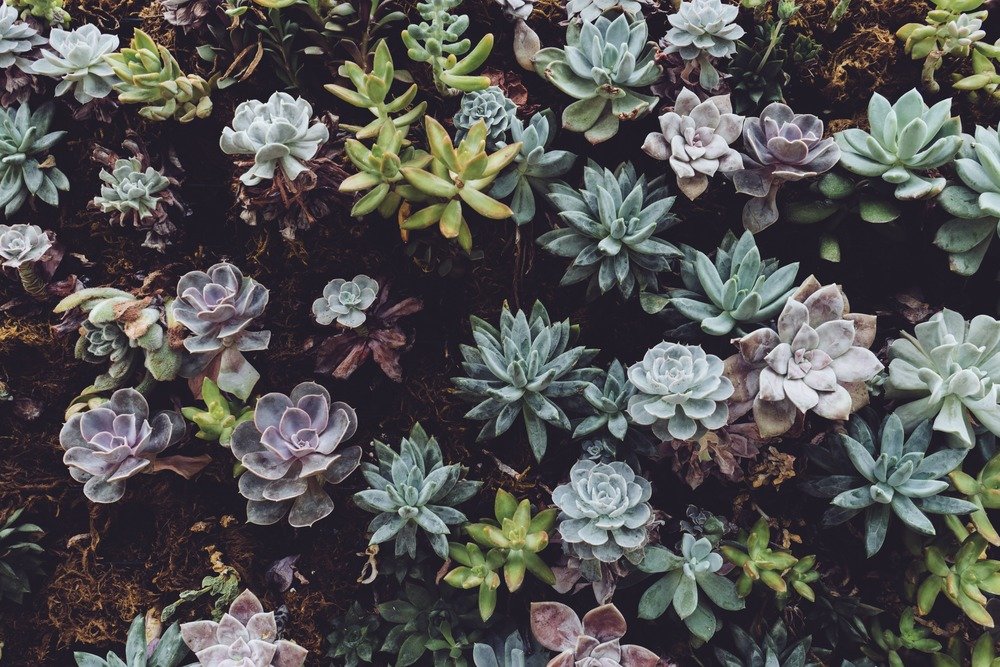 Succulents are a type of plant that have adapted to be able to survive in arid environments. They are ideally suited for areas exposed to full hot sun as they are equipped with special cellular tissues, called “succulent tissues”, which are capable of storing large quantities of water.

The Agavoideae group includes many well-known desert and dry-zone plant types, such as the Agaves and Yuccas. 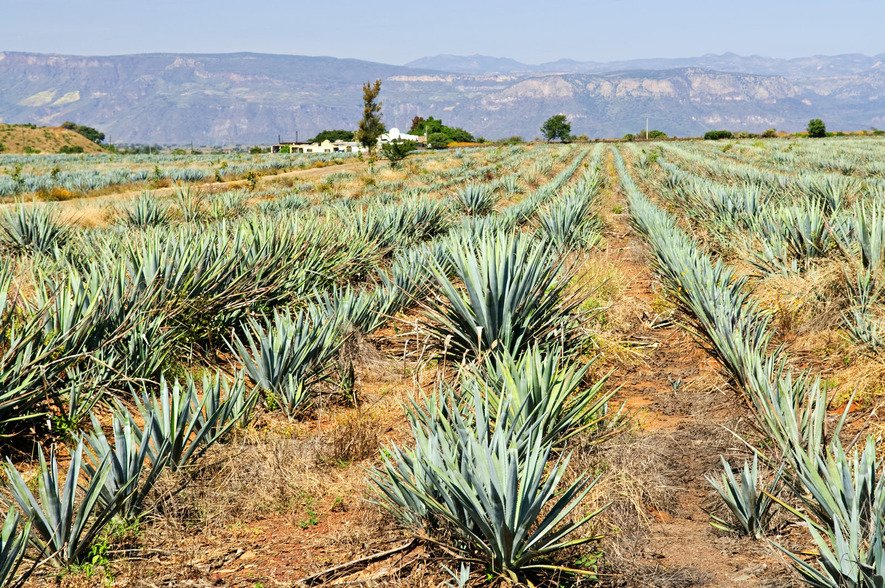 Agaves are native to the hot and arid regions of the Americas. They can grow into large plants with thick, fleshy leaves. Their rosetted shape makes them an attractive ornament for gardens that have a lot of sun. They also make great houseplants as they need very little care because they grow so slowly. Agaves will thrive in full hot sun conditions.

The Whale’s Tongue Agave (Agave ovatifolia) is a drought-resistant plant that loves full sun. They are very pretty and can make a good addition to a house or garden.

Yuccas are a genus of about 40 species of succulent plants native to southern North America. Most species of Yucca are stemless, with attractive spiky leaves at the base and clusters of waxy white flowers. Most Yucca plants thrive in full sun.

The plant family Cactaceae includes cacti, of which there are a great many varieties. Given that they are primarily desert plants, cacti would be expected to be able to handle full hot sun conditions but the degree to which the plants can handle heat depends on where they originate from.

The Prickly Pear Cactus loves full sun conditions. It is grown in Mexico as a food source but is equally at home in gardens that have full sun exposure.

The sub-family Asphodeloideae includes plants such as Aloes, which do well in full hot sun conditions.

Aloe Vera grows in hot dry climates. It is well known for its medicinal properties and is often grown indoors as a houseplant. 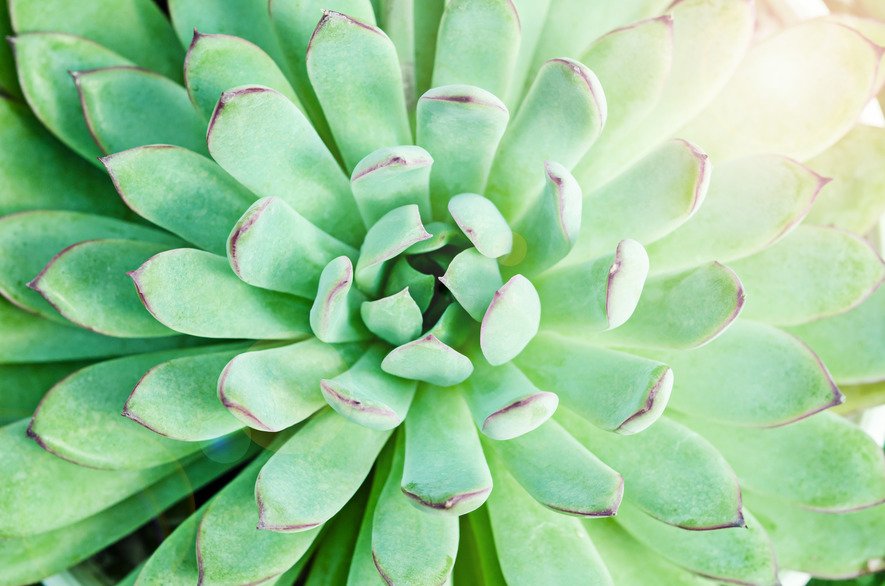 The Crassulaceae, also known as the stonecrop family or the orpine family, are a diverse family of flowering plants. Most Crassula plants grown as houseplants originate from the Eastern cape of South Africa. As such, they are tolerant to full sun conditions and in fact, require a lot of sun throughout the day.

Crassula ovata, commonly known as Jade plant, Lucky plant, Money plant or Money tree, is one of the more well-known examples from the stonecrop family. They are easy to grow and make an attractive houseplant as they look like little trees. However, they can actually grow quite large if treated properly. They love the sun and can do well on windowsills.

Aeoniums are another attractive member of the stonecrop family. The Aeonium Black Rose is a particularly striking example and is one that thrives in sunny spots.

Kalanchoe thyrsiflora are also beautiful plants that belong to the stonecrop family. Kalanchoe luciae (Paddle plant) is native to southern Africa and as such, grows best in full sun.

Pachyphytum fittkaui is another option that makes a good houseplant and is one that needs a lot of sun.

The Euphorbia tirucalli, often referred to as the Pencil Tree plant or Fire Stick plant, is a succulent native to South and East Africa.

Euphorbia resinifera, the resin spurge, is a species of spurge native to Morocco.

Senecio mandraliscae, also called Blue Chalksticks because of the way its leaves form, is a succulent prized for its shape and pretty color of its foliage. It is a spreading succulent from South Africa.

Can Succulents be in Full Sun? 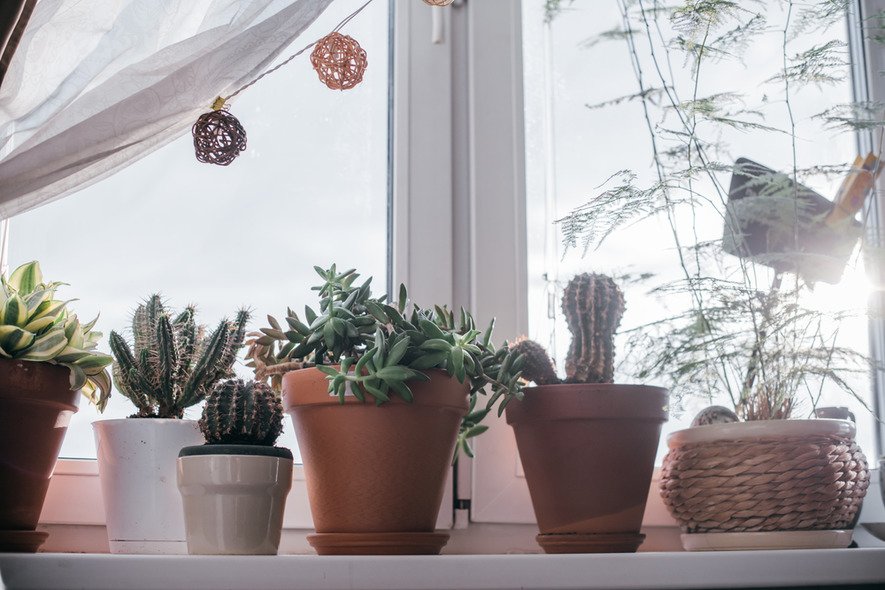 There are many varieties of succulent plants, and whether they are able to tolerate full sun will depend primarily on where they originate from. Most succulent plants need to be in full sun for at least part of the day.

How Hot is Too Hot for Succulents?

It is generally recommended that the environment in which you are growing your succulents in does not exceed more than 90°F (32°C).

Succulents can actually get sunburned if they are exposed to too much sun and high temperatures. This is especially true in summer, when high heat and temperatures can damage the roots and leaves of succulents.

Can Succulents Live in 100 degree Weather?

Many succulents will be able to handle the heat of triple digit temperatures. But this does not mean that they should.

High temperatures aren’t such a problem as long as the plants are in shade. It’s the combination of prolonged exposure to sunlight, as well as extreme temperatures, that will damage your succulent plant.

How Often Should You Water Succulents? 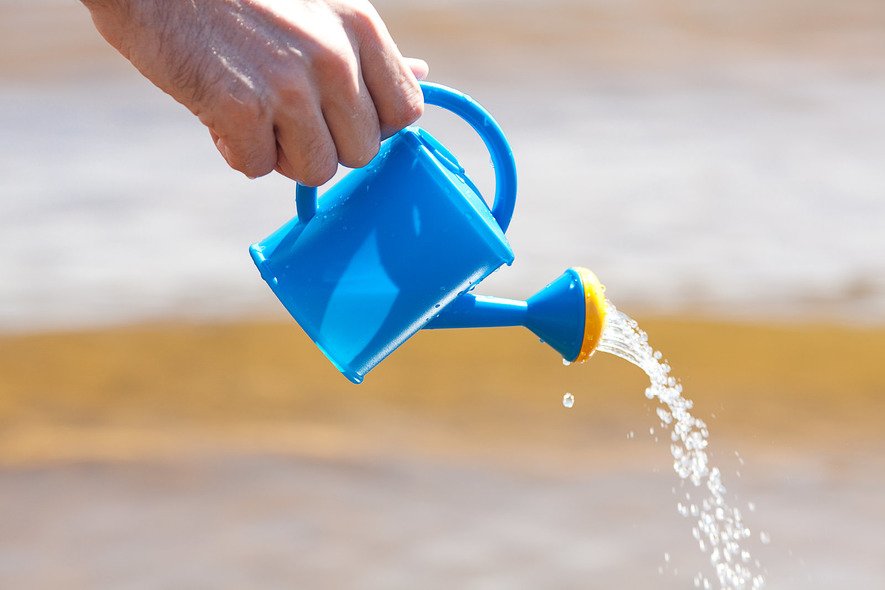 Most succulents are dormant during winter so will only need to be watered once a month. Overwatering during this time can lead to the roots rotting and the plant dying.

Should You Mist Succulents?

Given their origins as desert plants, succulents have the ability to thrive on limited water sources, such as mist and dew. However, for succulents that are houseplants, it’s generally advised not to mist because it can transfer infections to plants and also lead to other damages such as leaf rot. The best practice is to simply give the plants a good drench every now and then.

It’s important to ensure the environment for your succulents doesn’t exceed 90°F (32°C) and it’s best to water your succulent once a month during winter months and once every two weeks during summer months. These steps will allow your succulent to thrive all year round!