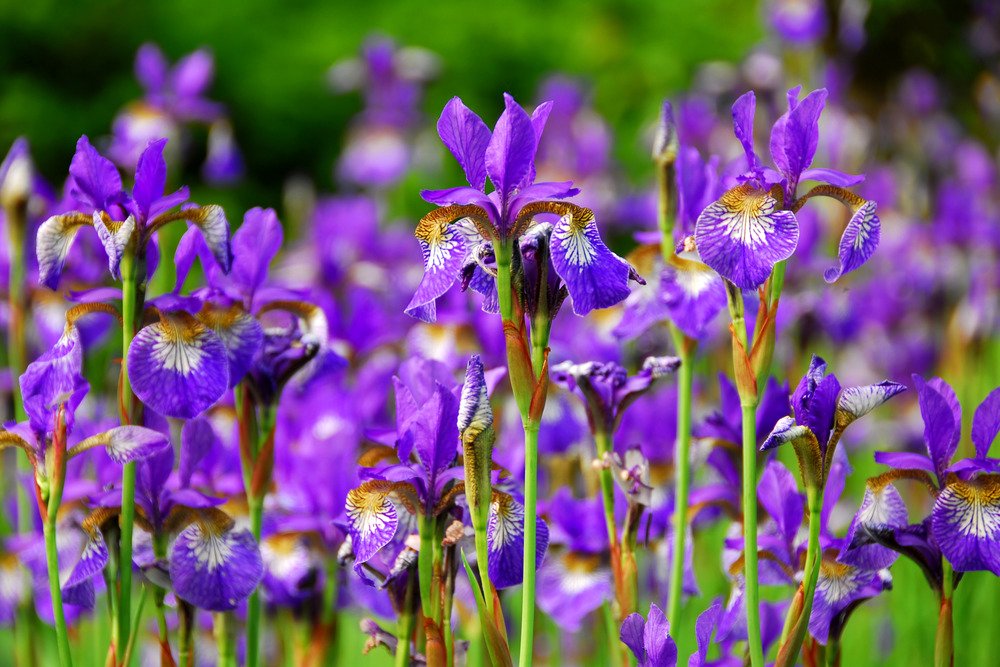 The best time to fertilize your Irises is six to eight weeks before they bloom and once more shortly after the growing season is over.

While timing is important, so is the kind of fertilizer you use. Irises don’t do well with a lot of nitrogen, so finding a fertilizer that is high in phosphorus while low in nitrogen is ideal. Calcium and magnesium can also help ensure that your Irises are growing as they should.

When Should I Fertilize Irises?

Irises do best when they are fertilized in early spring. Generally, you want to do it about six or eight weeks before the flowers should start blooming. Additionally, you want to fertilize one more time shortly after the blooms fall.

This is true of all Irises, including Dwarf Irises. Usually, an Iris will bloom in May or June, though some, including the Dwarf Iris, can bloom as early as March. This means that you will probably want to fertilize near the end of February or the start of March for most of them, but you may have to fertilize as early as January in some cases.

If you have Tulips in your area, they can be a good guide. When Tulips start to bloom, you can use that as a guide that it is about time to begin fertilizing your Irises.

How Do I Fertilize Irises? 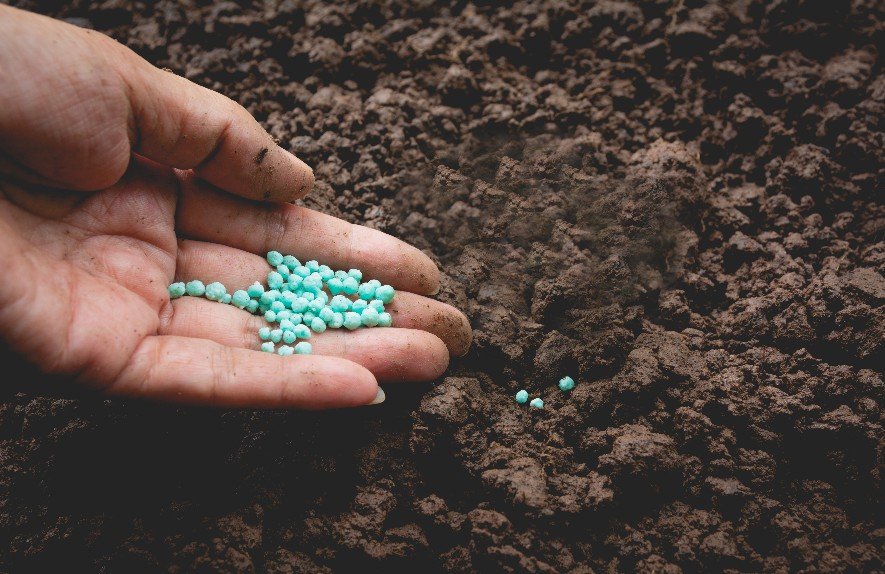 For many plants, you are told that liquid fertilizer is best. For Irises, it doesn’t matter as much. Both liquid and granules are fine. However, if you are using granules, you simply want to ensure that you don’t place them directly on the plant.

Instead, you want to sprinkle the powder around each plant in a rough circle. If you do this before it starts raining, that is all you have to do. Otherwise, we recommend watering your Irises well to allow the fertilizer to soak in.

Irises in small pots may do best with liquid fertilizer to prevent over-fertilization.

For whichever brand you use, read the instructions carefully on how to dilute and how much to add so you don’t over-fertilize your Irises.

How Do I Make My Iris Bloom More?

Most Irises only bloom once a year. Early and late blooming varieties bloom at different times of the year to fit your climate best.

The first variety is the rebloomer, also known as remontants. They only bloom during one blooming season but will grow multiple stalks that bloom during that time.

There are also cycle rebloomers. These have two distinct cycles of growth and bloom. The first usually happens in May or June, but the second can occur in late summer or early fall.

Then there are repeaters. When the first bloom stalks start producing, a second bloom stalk appears on old growth. This doubles the production of blooms, going from four weeks to eight weeks.

Finally, there are all-season rebloomers. These Irises will continue to send up bloom stalks throughout the growing season. The season is determined to end based on soil temperatures, so if your soil stays warm, they have the potential to grow throughout the whole year.

If you have one of these varieties, you will have to fertilize more, as they use a lot of energy to produce flowers. Usually, one round of fertilizer per rebloom is enough.

What Month Do Irises Bloom?

When Irises bloom depends on what type of Iris you have and their season bloom times. Irises can bloom anywhere between March and early June. Irises can fall into five different ‘seasons’ within these four months.

How Do You Keep Irises Blooming All Summer?

Irises prefer full sun to be able to bloom all summer. Also, they must have enough nutrients to bloom. If they lack nutrients, Irises will stop blooming to preserve their nutrients for something more beneficial, like growth.

What is the Best Fertilizer for Irises? 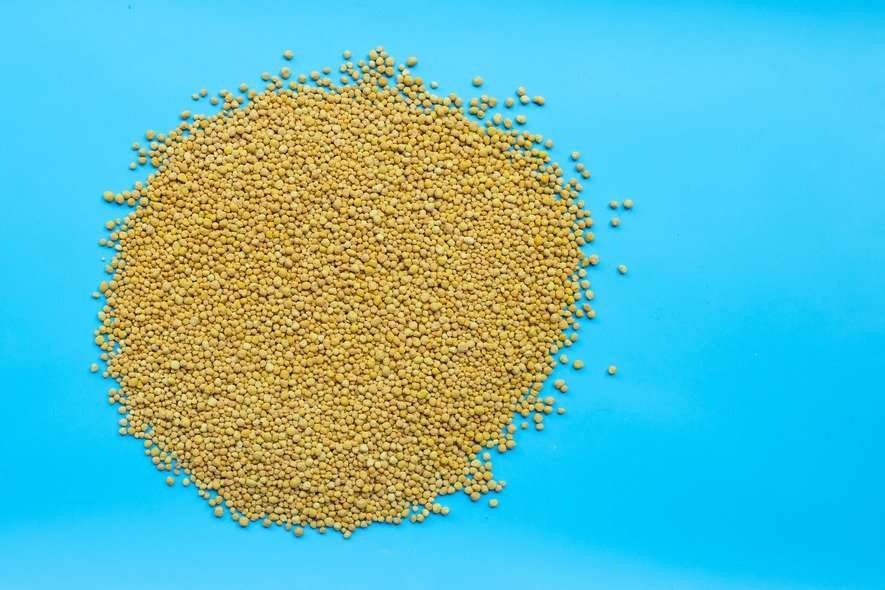 Many fertilizers are ideal for Irises. When picking fertilizer for an Iris, the most important thing is to ensure they are low in nitrogen. You may want to check your soil to check nitrogen levels.

Generally, fertilizers are set up in an NPK ratio. This stands for Nitrogen, Phosphorus, and Potassium. So a 6-8-10 would be 6 parts nitrogen to 8 parts phosphorus, to 10 parts potassium.

If it already has a decent amount of nitrogen, you may want to look at getting a fertilizer with no nitrogen in it, like a 0-10-10. Otherwise, you can look at one with low nitrogen content, like a 6-10-10.

Phosphorus and calcium are important for Irises, so ensure it has a good amount of phosphorus. There are fertilizers known as bulb fertilizers that are often high in phosphorus to promote flower growth.

Also, while calcium is important, it isn’t factored into traditional fertilizers as much. If your soil is low in calcium, you can purchase lime to aid in your Iris’ growth.

Is Bone Meal a Good Fertilizer for Irises?

Bone meal is an excellent option for Irises. It is very low in nitrogen while being rich in phosphorus. There is also a good amount of calcium which is all your Iris needs. Many people use bone meal for Irises and consider it one of the best fertilizers.

Is Epsom Salt Good for Irises?

For the most part, Epsom salt is not needed. However, it may be worth looking into if your soil is low in magnesium. Irises are plants that enjoy having magnesium, so if your soil doesn’t have any, they may thrive with Epsom salt.

More commonly, however, people will get Irises that don’t look too well. When this happens, many people will soak their plants in a mild Epsom salt solution for an hour or so to help revive them.

Are Coffee Grounds Good for Irises?

Used coffee grounds don’t add much acidity to the soil, so it won’t harm your plants. Coffee grounds can attract beneficial animals like worms, and it also contains magnesium, calcium, and phosphorus, which your Iris needs to thrive and grow. Some people have even found that using coffee grounds leads to brighter Iris flowers.

However, coffee grounds do tend to stay wet, so don’t use too much, or you can attract mold.

Irises need fertilizer for their flowers to grow. Using fertilizer a few months before the growing season and shortly after can allow your plant to grow and bloom better, longer, and faster.

No matter what kind you have, the right fertilizer will ensure they bloom to their full potential, and fertilizers high in phosphorus and magnesium can even give you brighter and fuller flowers.