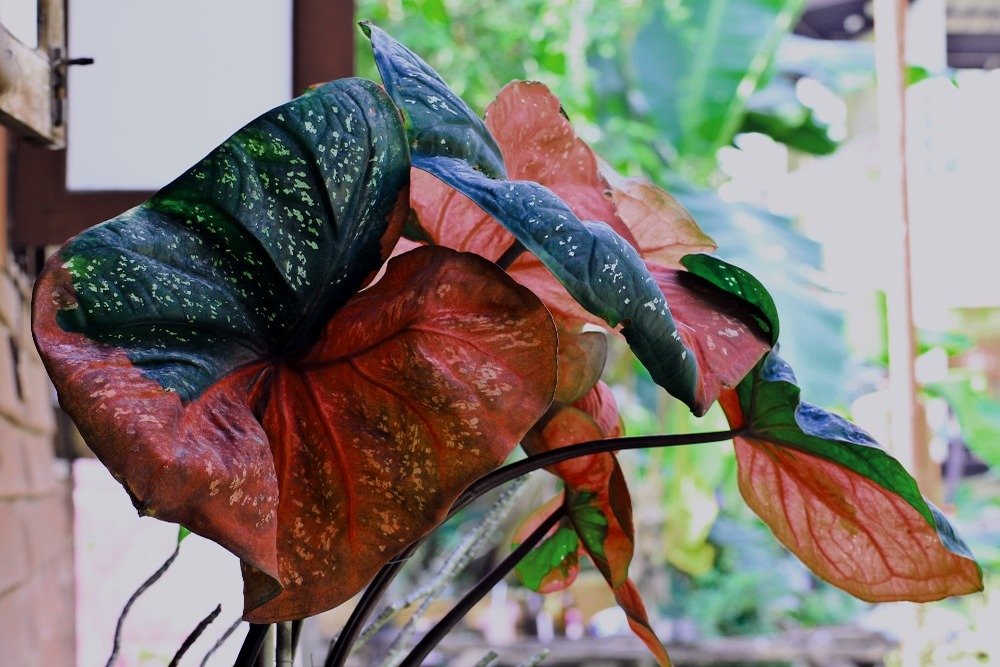 Caladiums have bright and bold leaves that can be the main star outside in the garden or even in your home. However, the leaves are also the first to go when something is wrong with your plant.

If your Caladium isn’t getting the right care, it may start to turn brown or begin to curl. But how can you tell what is wrong and what to do to fix the problem?

The leaves of your Caladium will turn brown because of too much direct sunlight, less than once per week watering, or humidity less than 50%.

Unfortunately, even when you reach these ideal conditions, your plant will still die off in the fall and winter months. This is normal and has nothing to do with your care or treatment of them. It is a fairly common phenomenon in plants that grow via tuber or bulb, such as Caladiums.

Why Are My Caladium Leaves Turning Brown?

There are a few reasons why the leaves on a Caladium may be turning brown. One is that they may be dry. However, they can also lack humidity or be sunburned.

Caladium are tropical plants and therefore like a lot of humidity. They can handle anything upwards of 50% but tend to be happier around 50% or 60% humidity. If Caladiums don’t get enough humidity, they may start to get brown spots on their leaves. If the problem persists long enough, the entire leaf may turn brown.

Caladiums are thirsty plants. Unlike many other plants you may take care of in your garden, Caladiums like their soil to stay a little moist and never dry out thoroughly between waterings.

If your soil does get dry, generally, the plant will start to show wilting or drooping leaves. However, if the problem persists, the leaves may begin to dry up and turn brown before falling off. Ensure that your Caladium gets watered about once a week and that the soil never dries out between waterings. 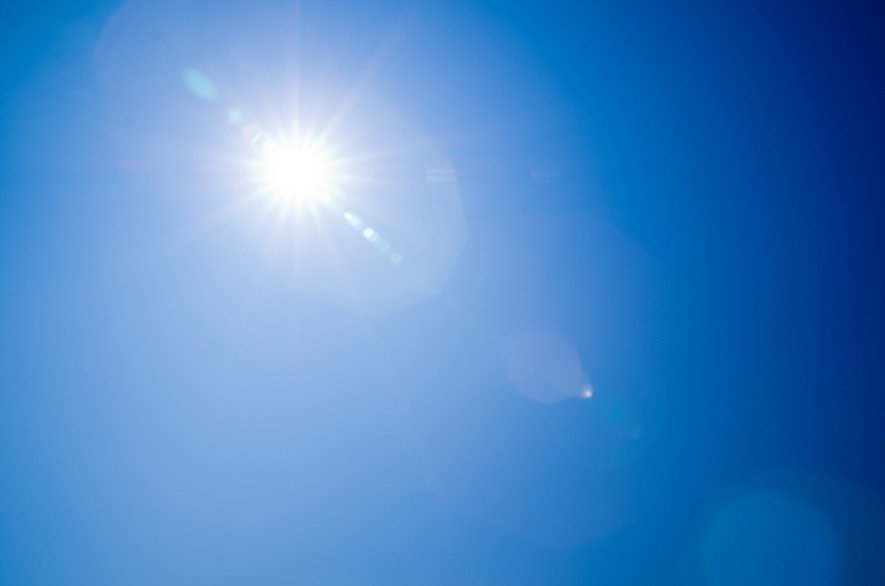 Caladiums are tropical plants, but that doesn’t mean they can handle the full sun. They do well with direct sun for a couple of hours in the morning but prefer bright, indirect light.

Why Are My Caladium Leaves Curling?

Caladiums have leaves that curl in different directions based on the problem that is wrong with them. While it isn’t 100% perfect, it can give you a good idea of what is bothering your plant.

For example, if you have a Caladium plant with leaves curling down, that is often a sign of underwatering. If the leaves of your Caladium plant are curling downwards, check the soil. Since they like having moist soil, it may be time to water again if the soil feels dry more than an inch (2 cm) down.

However, if your Caladium plant has leaves curling upwards, the likely problem is sun, heat, or wind.

Too much sun will not only cause your Caladium leaves to curl up, but you will also likely get brown spots on the leaves. This is especially true for varieties with light or almost see-through leaves. Caladiums do best with bright but indirect light, though they can also handle early morning light directly as it isn’t as harsh.

The same goes for wind. Caladiums curl up their leaves to protect their tops from the sun and wind that could damage the leaves. This is why they will curl up instead of down.

They may also have stunted growth from too cool or too hot temperatures.

If your Caladium doesn’t seem to be curling in a general direction and is also turning yellow, overwatering may be your issue. Though Caladiums like water, they can still get too much.

Never let water pool on the soil’s surface or the tray at the bottom. This can cause root rot and problems like pests, bacteria, and fungi to congregate around your plant. Instead, focus on keeping the soil lightly moist but not wet enough that water is sitting.

How Often Should You Water Caladiums?

Caladiums should be watered roughly once a week. Generally, you want the soil to feel damp and not dry, but you don’t want them to be wet. It is possible to overwater Caladiums, just like you can underwater them, so finding that balance between too wet and too dry soil is key.

If you struggle with getting the water levels right, consider purchasing a moisture meter. There are many different kinds, but generally, the basics tell you how much moisture is in your soil and whether it is time to water again.

Caladiums prefer shade or partial shade. They can handle a few hours of light in the early morning or late evening, but direct sun during the middle of the day can cause them to burn and wilt.

Caladiums will also appear their brightest when kept in partial shade, as the lushest and most colorful leaves grow under ideal sun conditions.

How Long Does Caladium Last? 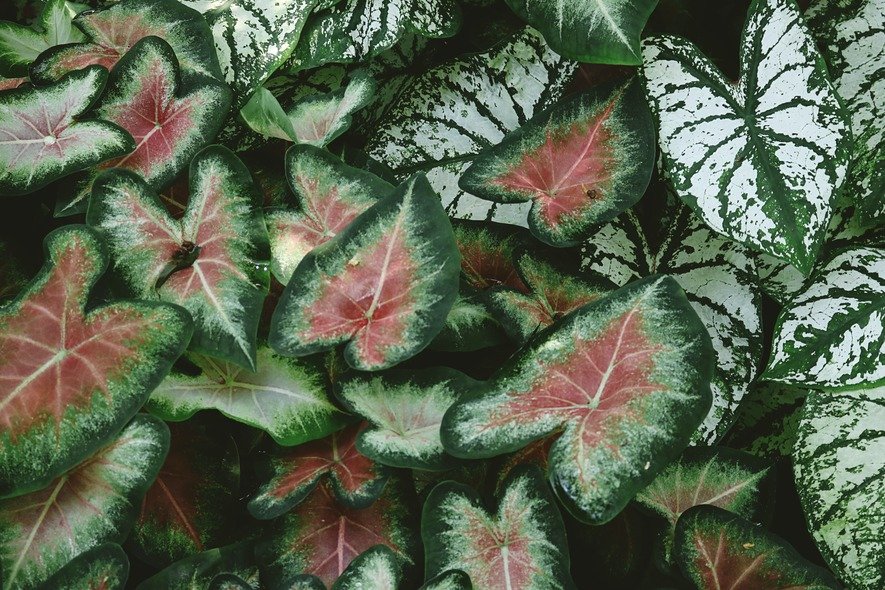 Caladiums are perennial plants, which means they can come back year after year. However, they are bulb plants. Like most other bulb plants, they enter a period of dormancy for about half of the year.

This means that your pretty Caladium leaves only last about six months out of the year before they will start dying off. Even if you grow Caladium plants indoors and under ideal conditions throughout the year, they will still enter a period of dormancy, as the plants naturally die off when the bulb runs out of energy.

But, if taken care of right, you can bring back Caladiums year after year without a problem. If you’ve planted them outside and don’t live in an area where freezes are expected, you can keep them outside and leave them alone. They should be able to come back on their own the following spring.

However, if you have to dig them up, you will want to keep them in a cool and dry place. Usually, somewhere that is dark and stays around 50°F (10°C) is ideal.

How Do You Keep Caladiums Alive Indoors?

To keep Caladiums alive indoors, you want to ensure that they have plenty of light, warmth, and humidity. Usually, the average home temperature tends to be in the same area. Caladiums like their heat, so that really shouldn’t be an issue.

However, your plant may not get the humidity they need if you live in a drier environment. Finding ways to boost the humidity around your plant is key if you want them to stay alive indoors. Caladiums can stay in bright bathrooms where humidity may be higher, but they can also thrive near pebble trays or humidifiers.

If you like keeping your home dark and blocked off from natural light, your Caladium may not do well. While they like shade, they still need light. It is best to put them near a window with thin coverings or somewhere that early morning light comes through.

Caladiums aren’t incredibly picky plants, but their tropical nature and need for moisture can make them harder to take care of than some other houseplants. Without the right amounts of humidity, temperature, and sunlight, these plants will stop thriving and may even start to curl or turn brown.

Caladium needs a lot of humidity and moist soil, as well as early morning light without the harshness of afternoon light, to thrive, and their leaves will often turn brown due to too much sunlight or too little water.

Additionally, not many people who get this plant for the first time know that while this plant is perennial, it has a reasonably long dormancy period. Even the most cared-for Caladium will go dormant during the fall and winter parts of the year, and the leaves will die.