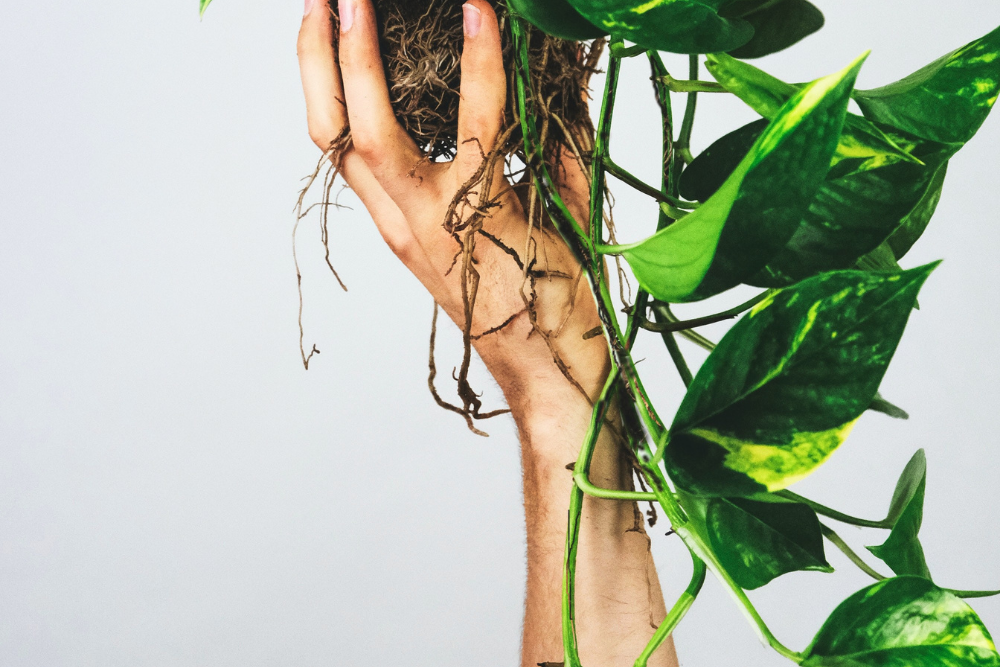 Pothos are often considered easy plants to take care of. They have pretty tolerant ranges and can handle the occasional mistreatment. However, things can sometimes go wrong, and if they are continuously put in a bad environment, they may show signs of damage, such as brown or black stems and even withering.

A withering Pothos, or one with black or brown stems, is usually a sign it is over-watered or under-watered, has a disease, or has pests, and is usually a warning that the plant isn’t doing very well.

By identifying what is immediately wrong with your plant by looking at the other symptoms and signs your plant is displaying, you can make sure that you are treating your plant the correct way instead of worsening the symptoms. Then, you can figure out what steps you can take to improve your plant’s health and bring them back to life.

Why Are My Pothos Stems Turning Brown?

There are many reasons why Pothos stems may start to turn brown. The most common is that you may be overwatering or underwatering your plant. They may also have improper lighting, temperature, humidity, disease, damage, and fertilization.

While all these can lead to brown stems, the most common reasons are under and overwatering, damage, disease, and shock from a dramatic temperature change. Diseases include things like bacterial infections and blight. Damages can be physical, like being dropped or bent, or may be damaged due to insects or other pests.

Though these plants are relatively low-maintenance, that doesn’t mean they can handle anything thrown their way. Plants tend to do best in specific ranges for each of their environmental factors. Low maintenance means that the range is wider or fits most people’s conditions in their homes.

But when something or multiple things are wrong, you may notice that your plant starts to show signs. Usually, this involves browning or withering leaves, but occasionally, stems may start browning too. 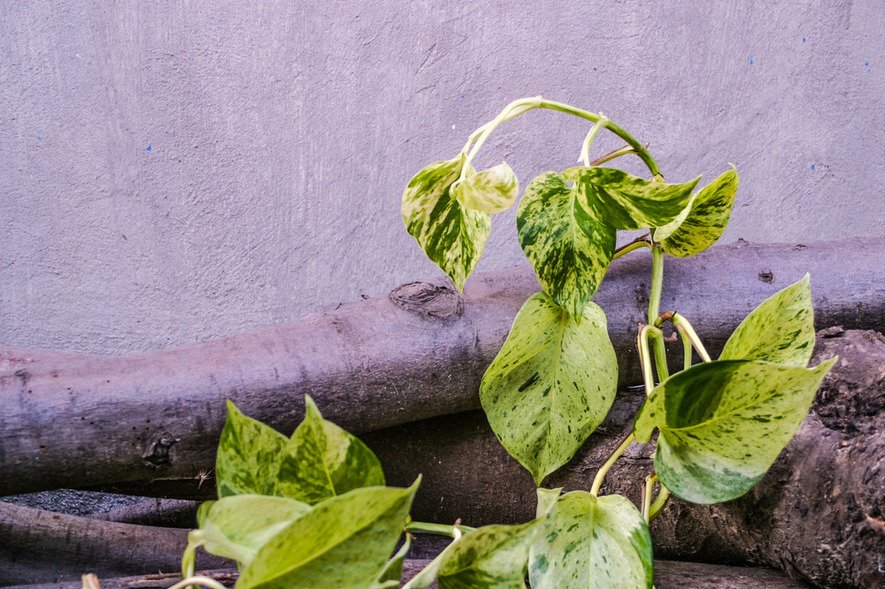 Often, Pothos that are overwatered tend to be weaker and a bit more wilted than normal plants. The stems and other areas browning on the plant tend to feel soft and squishy. If it has started to rot, the plant may also have a musty smell, similar to mildew.

Before it gets too serious, you may start to see curling and yellowed leaves. Small brown spots may appear around the leaves, usually on the underside. Gradually, the plant will begin to wilt more, and the leaves of the Pothos will start to fall off.

How Do You Dry Out Overwatered Pothos?

Of course, you will want to stop watering your plant immediately after it is overwatered. However, that will continue to create a condition where your plant sits in wet soil, especially if you don’t have soil or a pot that drains well.

If your plant is already feeling the signs of being overwatered, you don’t want to wait for the soil to drain. Instead, you can try to temporarily move your plant to an area that is warmer and has less humidity than normal. This will help your plant to dry out faster and reduce the effects of overwatering.

How Do I Know if My Pothos is Underwatered?

Generally, instead of being mushy, brown, and smelling rotten, underwatered Pothos are withering, brown, and drooping. Often, the leaves will be yellow or brown, and some of the leaves may even start falling off. The stems may shrivel and grow hard with an almost woody texture.

What Are the Signs of an Over-Fertilized Pothos?

An over-fertilized Pothos tends to show signs of not doing well, as too many nutrients can severely harm your plant. They will usually show stunted growth, leaves that look wilted, dried, or burnt. Sometimes, the leaves will be yellow as well.

Why Are My Pothos Stems Turning Black?

Often, a black stem is a sign of rot in a Pothos. Besides a black stem, the stem may be more fragile than normal, and there will be a bad smell surrounding the plant.

The most common rot is root rot. A fungus causes root rot, and as the name suggests, it tends to cause rotting in the roots first. If left untreated, the rot will slowly climb up the roots to the stem and the leaves.

The most common cause of root rot is overwatering. The fungus is attracted to wet soil conditions, so the longer the soil stays overly wet, and the roots sit in water, the higher the chances of root rot fungus appearing and causing damage to the plants.

All houseplants have a high chance of getting root rot, and Pothos are no exception.

There are a few different kinds of fungi that affect a Pothos plant. The most common is root rot, but there is also blight and aerial blight. Most of the time, you don’t necessarily see the fungus. However, your plant will show signs of rot with black, almost burnt-looking spots on the leaves and stems.

If you start to see the fungus, as you might with the blights, they will usually look like long strands that appear feathery and white. Usually, it will be on the soil or stems closest to the soil.

How Long Does it Take for Plants to Recover from Root Rot? 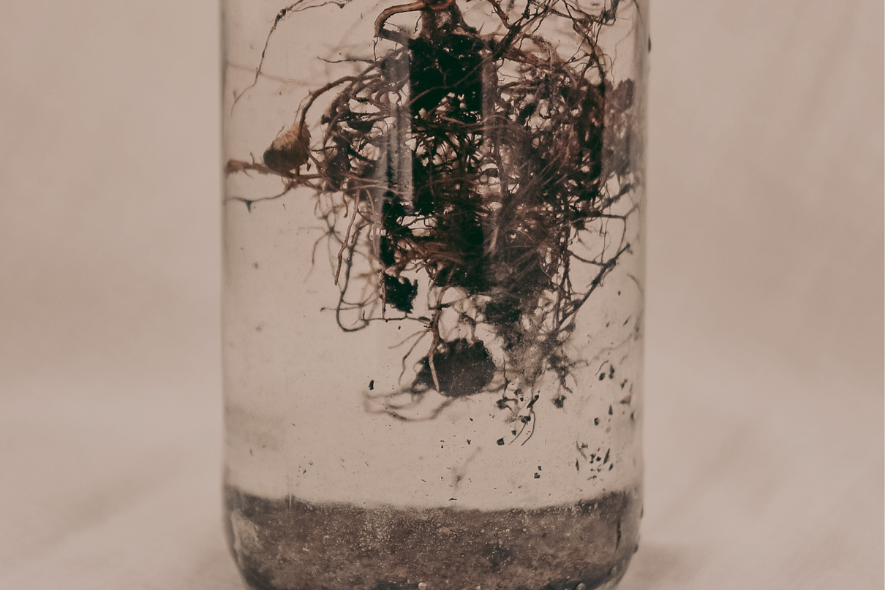 If your plant was just overwatered, it could take your plant about two weeks to recover. However, when root rot occurs, it can take months or longer. This is because you often have to cut off large parts of the root system and the leaves and stems of the plants. Leaves that have burst due to overwatering are unable to recover.

However, if you react quickly to eradicate the fungus and cut off all the damaged parts of the plant, your Pothos can simply focus on growing and healing.

How Do You Cure a Sick Pothos Plant?

The first step to curing a sick Pothos plant is to determine the issue. Narrowing down the problem is important before beginning any treatment. Otherwise, you may accidentally make the plant’s conditions worse.

For example, if you think your plant is getting too much water when they are over-fertilized, you may be preventing the nutrients from leaching out of the soil, as they do when water is added. Not only are you not providing your plant with the water it needs, but it also remains over-fertilized, so now two problems are hurting your plant and worsening the situation.

Why Are My Pothos Stems Splitting?

In plants, stems generally split when they are going through rapid growth spurts. During this time, plants will often absorb a lot of water and nutrients that can cause the cell structure in their stems to swell and burst.

Additionally, a lot of moisture after a long drought can cause the plant to absorb too much moisture and burst, which is why it can be better to water your plants in short amounts after a long period without water.

Pothos plants can also break from physical trauma. Dry temperatures combined with sudden, strong winds or movements may cause the structure to become weak and split.

How Can I Tell if Pests Are Hurting My Pothos?

If pests are hurting your Pothos, you will usually see signs of them under the leaves. Smaller pests and insects usually hide underneath the leaves during the day, coming out only at night. You can look for them under your leaves or take a blank piece of paper and place it under the leaves. You can gently shake the leaves and see if small gray or black dots fall onto the paper.

Bigger pests often eat and leave, so catching them in the act is harder. Some examples can be things like slugs and caterpillars. However, these will usually leave ragged holes at the edge of the leaves or in the center, which are signs they have been eaten.

Pothos are easy to take care of, but it doesn’t mean they can’t face problems or get harmed. When that happens, it is best to take the time to properly analyze the situation to figure out what could be harming your plant.

A withering Pothos, or one with black or brown stems, is usually a sign it is over or under-watered, has a disease, or has pests, and is usually a warning that the plant isn’t doing very well.

Unfortunately, quite a few problems lead to damaged stems that are black, brown, or cause withering. So taking time to determine whether it may be fertilization issues, over or underwatering, root rot or another disease, or pests is key to solving the issue and preventing it in the future.