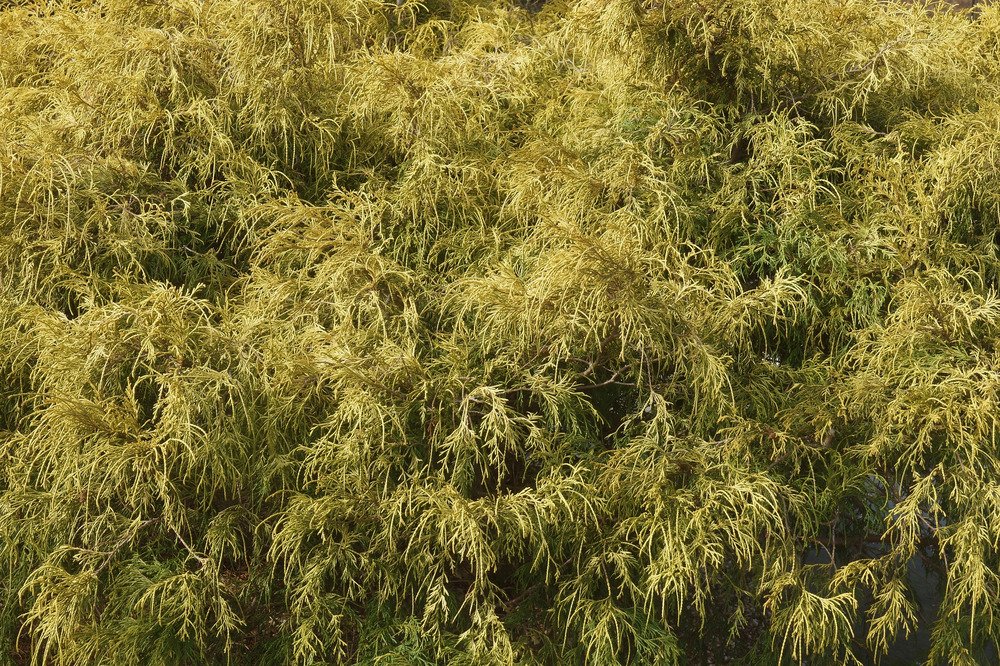 The beautiful chamaecyparis pisifera (also known as the Golden Mop Cypress or Japanese False Cypress) is known for its golden, ornamental weeping foliage, making it an excellent decorative shrub. However, finding parts of the plant turning brown can be concerning.

Your Golden Mop Cypress is likely turning brown due to soggy soil leading to overwatering and root rot or may be due to disease, pest problems or even a nutrient deficiency.

Cypress trees and shrubs, including the Golden Mop Cypress, can turn brown when there are problems. Brown foliage means that the foliage is dying. While the brown foliage is not reversible, you can prevent more foliage from turning brown and encourage new, healthy growth.

Fortunately, Golden Mop Cypress trees have weeping, floppy foliage so that you can hide any bare spots with the rest of your plant’s foliage.

Can You Save a Brown Cypress Tree?

If you notice brown patches on your Golden Mop Cypress, you can still save the plant, but you will have to act quickly. Once you determine the cause of the browning, you can then take steps to reverse the problem and save your plant. First, you will want to evaluate the soil, environmental conditions, and foliage to determine why it could be turning brown.

Why is My Golden Mop Cypress Turning Brown? 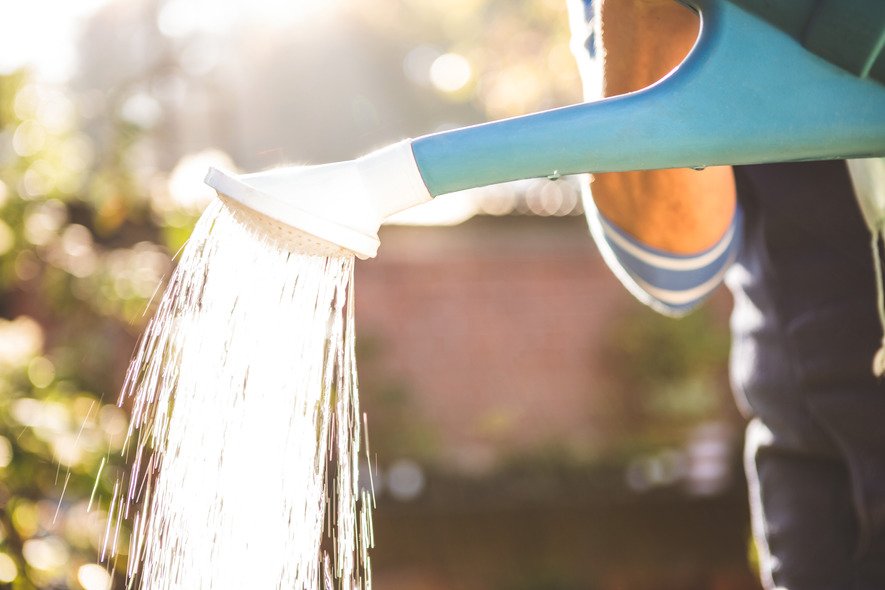 Root rot happens when the roots are sitting in soaking wet soil until the outer layer of the root begins to break down, leaving the plant vulnerable to fungal and bacterial infections. These infections will cause the plant to turn brown and die off.

If your Golden Mop Cypress receives less sunlight, it will take longer for the plant to absorb excess water from the soil. This means you will have to closely monitor the soil moisture levels to ensure that your Golden Cypress isn’t getting too much water. This is also important during the winter when the daylight hours have shortened, and the sun isn’t as intense.

Your Golden Mop Cypress may turn brown at the bottom due to severe drought or dry periods. Fortunately, due to their floppy, weeping growth, you can fix this problem with thorough watering and gentle pruning to encourage more growth to drape over bare patches at the bottom.

Juniper twig blight is caused mainly by the travel of fungal spores and can affect the Golden Mop Cypress most in the springtime when the weather is more favorable. However, they can also be transferred through lesions in the plant, either through pruning, damaged branches, or water damage.

If your Golden Mop Cypress has juniper twig blight, you will notice new growth turning reddish brown and portions of the plant dying off. The best way to treat juniper blight on your Golden Mop Cypress is to prune back any damaged portions of the plant with sterile pruning shears and treat the entire plant with a fungicide solution. Fungicide can also be used as a preventative measure if new growth sprouts in the springtime.

Golden Mop Cypress is not particularly sensitive to pest problems, but some people find an issue with spider mites turning the plant brown. Spider mites will feed on the chlorophyll nutrients in the foliage, which can cause plants to lose their green coloring and turn stark yellow or brown as the leaf dies off. You can blast away any adult spider mites with a garden hose and treat your plant with a neem oil solution.

In this case, you may add some fresh soil, fertilizer or extra compost to boost the soil’s nutrients. If your Golden Mop Cypress is growing in a container, make sure to add fresh new soil to the container every year and fertilize your plant so it will continue to thrive and produce new, green foliage. 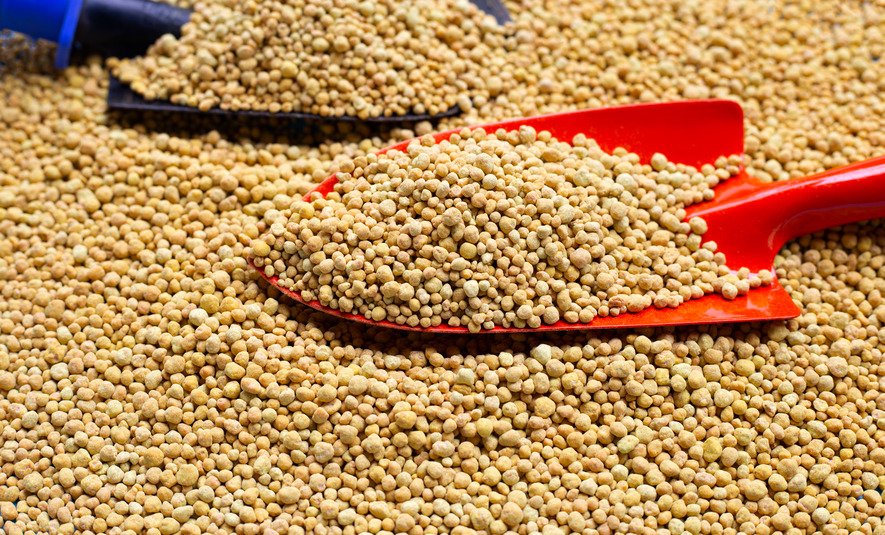 Golden Mop Cypress prefers acidic soil and a fertilizer that favors nitrogen. When choosing a fertilizer for your Golden Mop Cypress, pick an N-P-K ratio (Nitrogen-Phosphorus-Potassium) with a slightly higher nitrogen amount to grow beautiful foliage, such as a 10-8-6, which is common for azalea rhododendrons.

It’s recommended only to fertilize lightly in the springtime as they are not tolerant of too much fertilizer. You can also choose a slow-release fertilizer to gradually increase the soil’s nutrients.

If your potted Golden Mop Cypress has turned brown due to overwatering, you will want to remove it from its pot and change the soil. Make sure you choose well-draining soil and that your pot has plenty of drainage holes at the bottom for any excess water to drain away from the soil.

Potted Golden Mop Cypress owners should keep the soil evenly moist and give their False Cypress plenty of direct sunlight. If you’re unsure if your Golden Mop Cypress has adequately moist soil, you can obtain a moisture meter for a more accurate reading.

How Do You Cut Back a Golden Mop Cypress?

If you prune back your Golden Mop Cypress, whether to temper a pest or disease or to prune excessive growth, it’s best to wait until conditions are dry. Part of the appeal of the Golden Mop Cypress is the beautiful fluffy foliage patterns, which means that using a small pair of pruning shears will yield the best results.

Suppose you are pruning to remove infected branches. In that case, you will want to ensure that you prune away all sick portions of the plant, as any infected parts will continue to create those fungal spores, and the disease will continue to spread rapidly (especially with new open wounds to infect). Therefore, you may have to be aggressive to ensure that all of the disease is removed and safely discarded.

If you are simply pruning overgrown branches of your Golden Mop Cypress, you will want to prune the branch as far back as you can as long as there is new growth appearing. This will ensure that the stem continues to grow from that new growth point.

How Do You Revive a Cypress Tree?

If your Golden Mop Cypress is severely damaged from disease or excessive water, do not lose hope. Prune back all the dead and dying foliage from the plant, especially if you suspect it is suffering from a disease or pest problem. Treat the remaining plant with neem oil or fungicide if required, and give your Golden Mop Cypress optimal growing conditions, including full sun and warm temperatures if possible.

Give your Golden Mop Cypress plenty of time to recover, and give it lots of patience. Golden Mop Cypress is a slower-growing shrub, which means it may take a while to replenish any lost foliage, but it should return, mainly if portions of the plant are still green and healthy.

It can be alarming that your decorative Golden Mop Cypress is turning brown or appears unhappy. There are several reasons why this beautiful ornamental shrub may develop brown foliage, from watering issues to common plant diseases, pests and even nutrient deficiencies.

It is important to maintain a consistent watering schedule to ensure your plant isn’t over or underwatered. Pests and diseases can be treated with fungicide or neem oil and using a fertilizer higher in nitrogen can ensure there are no deficiencies in the soil.

As soon as you identify the problem causing brown patches on your Golden Mop Cypress, you can fix the issue and prevent any more foliage from changing color.