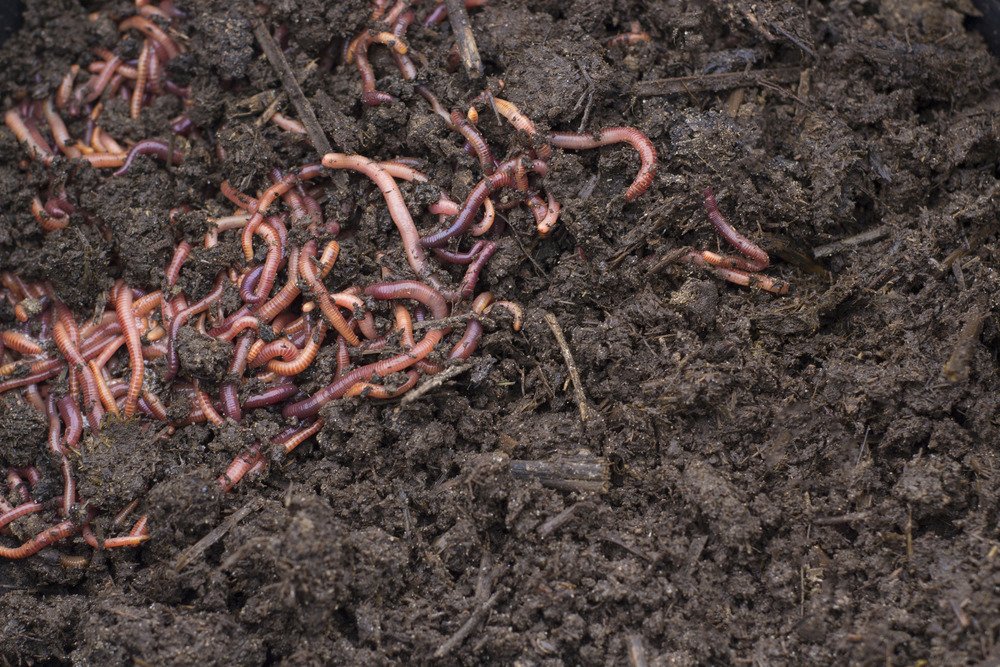 To give their soil a boost of nutrients, many gardeners create their own compost via a compost bin. Another composting material called worm castings is also becoming popular. This nutrient-dense material from worm waste is recognized for its many benefits, including its bacteria and enzyme content.

Worm castings and compost both produce equal amounts of micro and macronutrients, but the main difference is the time and effort it takes to produce each material. Worm castings require worms and a worm farm and can be harvested in about six months, whereas composting only requires a bin, but can take a year to break down.

Are Worm Castings and Compost the Same Thing?

Although both products are classified as compost, they are not the same. Worm castings (also sometimes called vermicompost) are essentially worm poop. By breaking down organic material like food scraps, worms help release micronutrients beneficial for plant growth.

Compost, on the other hand, is made from decomposed organic material like vegetable peelings and leaves. Bacteria and fungi grow in this organic material, which helps break it down. The result is a product that is rich in nutrients and can be used to enhance gardening soil.

When worms digest and excrete organic material, the result is castings or “humus.” This crumbly soil-like material is rich in nutrients and excellent at retaining water and aerating soil. Castings also deter common garden pests such as mites and mealybugs.

Another benefit of worm castings is that they act as a slow-release fertilizer. The castings are coated with worm digestive material. This coating breaks down over time to release the nutrients inside. This slow-release effect means you won’t need to fertilize your garden often. It also reduces the risk of fertilizer burn, which is common in highly concentrated synthetic fertilizers. 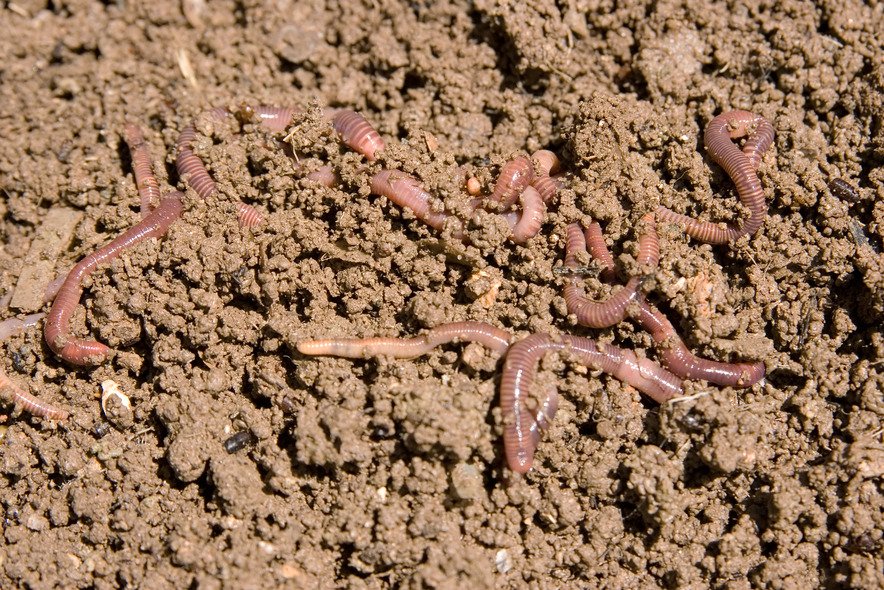 The major drawback of using worm castings is that they are more expensive than compost. This is because the process for worms to digest and decompose organic material simply takes longer and produces less yield than composting. Commercial vermicomposting operations usually take about six months from start to finish. Of course, this all depends on the number of worms used and the size of the operation.

Unlike compost which breaks down on its own, worm casting requires a living creature to do the work. This means that you need to keep them alive! If temperatures in a worm farm get too cold, the worms can die. Worms also slow down the production of worm castings if temperatures are too hot or too cold for them.

If you’re a gardener, you likely already have a compost bin on the go. Compost provides more micro and macro nutrients than synthetic fertilizers. Since compost breaks down organic material over time, it acts as a slow-release fertilizer, similar to worm castings.

Compost also attracts natural organisms like worms and insects, which burrow in the soil and help provide aeration. This allows vital nutrients to reach a plant’s roots, leading to improved growth.

To create an adequate amount of compost, you need space. A backyard is key if you want a compost bin because it tends to emit odors. Compost piles can also attract unwanted vermin like rats—another reason to keep them far from your home!

Is It Better to Have a Worm Farm or Compost Bin?

Most gardeners buy worm castings from a greenhouse, but if you’re not against creepy crawlies, you can make your own! Worm farms are often made from stacked black trays, which help keep the worms in the dark.

The trays are then filled with kitchen scraps and earthworms. Since other bugs and insects tend to find their way into a worm farm, it’s often recommended to keep your worm farm outside. This means that if you live in a cold climate, you must be considerate when you start your worm farm. Worms will die once the temperatures reach below 40°F (~ 4°C).

Some worm farms are designed for indoor use and can produce year-round. This is a massive benefit over compost bins, which must be located outside.

Although compost can take longer to break down, compost bins produce more material than your average worm farm. You can also produce compost in larger quantities if you have the space for a compost heap. Compost bins are cheaper and easier to start than a worm farm, too, since all you need is a container of some sort and food waste.

The type of living space you have will somewhat limit which kind of compost you can produce. Worm farms are an excellent option for those in a condo or apartment. Gardeners with yards may prefer the ease of a compost bin.

How to Use Worm Castings

There are so many ways to use worm castings in your garden! You can mix a little of the worm castings into your seedling soil mix for a nutrient boost. You can also use it as mulch for established plants by sprinkling a bit on top of the existing soil.

You can also transform worm castings into a nutritious compost tea! Compost teas are a great way to make a small amount of compost go a long way. They also dilute nutrients, so they’re easier for plants to use.

To make compost tea, simply steep compost in hot water using a burlap sack or nylon bag. You can then water the compost tea directly into your garden!

What Plants Benefit From Worm Castings? 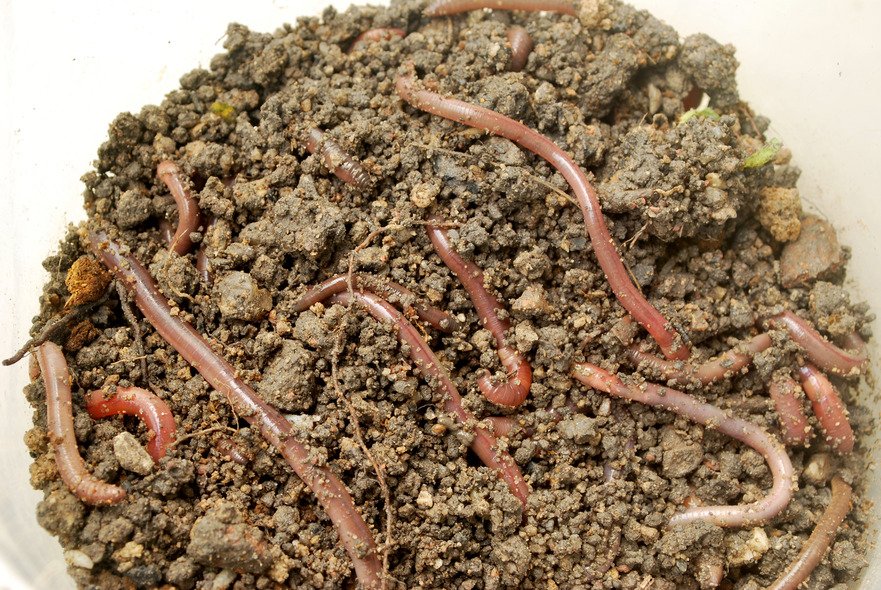 Worm castings are most commonly used for seedlings. This slow-release fertilizer helps new plants get off to a strong, healthy start.

Worm castings are also popular to use when transplanting seedlings into a garden. The boost of nutrients helps the plant establish roots and grow strong.

When food waste is put into the trash, it doesn’t receive the oxygen it needs to break down. This leads to the creation of anaerobic bacteria, which produces methane.

Worms in a worm farm break down organic material much faster than in a landfill. This means anaerobic bacteria have less time to grow and produce less methane.

So, composting food waste is good for your plants and ultimately better for the environment!

Are Worm Castings Acidic or Alkaline?

Worm castings have a neutral pH between 6.0 and 7.0. Gardeners often use worm castings to help balance the soil and prevent it from becoming too acidic or too alkaline.

Worm farms cannot be too acidic of an environment, or the worms will die. That’s why acidic food scraps like citrus shouldn’t be added to worm farms.

Can Earthworms Live in Hot Compost?

Earthworms prefer temperatures between 55 to 80°F (12 to 26°C). Any colder and the worms may freeze to death; any hotter and they will become sluggish and useless for composting.

If you live in a hot climate, keep your worm farm in a cool area like the north side of your home. This will ensure that worms can do their job without exposure to extreme temperatures.

Red Wigglers are the most common type of worm for worm farms. But gardeners in hot climates may want to try more heat-resilient species such as African Nightcrawlers.

You can’t go wrong with using worm castings or compost in your garden; both act as slow-release fertilizers, providing your soil with beneficial macro and micronutrients. Worm castings have the additional benefit of providing bacteria and enzymes which help plants grow.

Worm castings and compost both produce equal amounts of micro and macronutrients, but the main difference is the time and effort it takes to produce each material. Worm castings require worms and a worm farm and can be harvested in about six months, whereas composting only requires a bin, but can take a year to break down.

When you compare worm castings with standard compost, the major difference between the two is maintenance and time. Worm farms need special trays to house the worms and require you to buy worms upfront. Composting simply requires a bin and an outdoor space.

If you have the time and space, both of these compost methods work great in tandem to nourish your garden!